10 things you may not know about Ai Weiwei 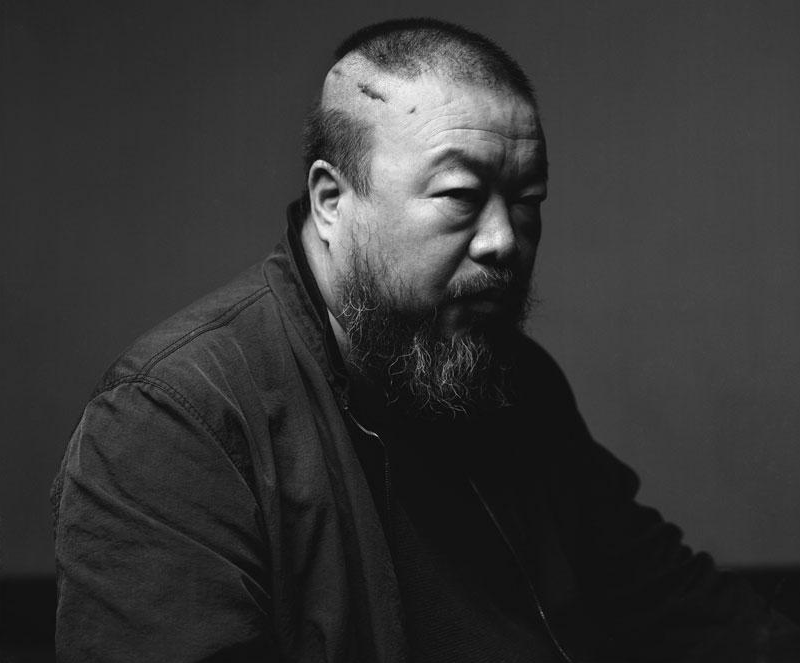 Ai Weiwei. Does the name sound familiar? If it doesn’t, it should. There’s a pretty good chance you’ve come across the Chinese artist and his work before. Remember the iconic Bird’s Nest Stadium from the Beijing Olympics in 2008? Ai Weiwei was the artistic consultant who designed it, before later speaking out against the Olympics. He has given the finger to Tiananmen Square and the White House, filled the Tate Modern’s Turbine Hall with 100 million hand-made porcelain sunflower seeds, shattered a 2000-year-old Han Dynasty urn, and is the subject of the award-winning documentary Ai Weiwei: Never Sorry.

In short? Ai Weiwei is a big deal.

Ai Weiwei’s work is indelibly tied to the fight for free speech. He has consistently drawn attention to corruption and injustice in the Chinese government, most frequently with larger than life works that deliberately confront the viewer with their message.

One such work currently on display at the AGO, is Straight. The piece consists of 38 tons of steel rebar that the artist and his team painstakingly collected from the site of the 2008 Sichuan earthquake. This earthquake claimed the lives of nearly 5200 schoolchildren who were crushed when their government-constructed “tofu-skin schools” collapsed. The rebar, which had been used to reinforce the concrete walls of the schools, serves as a forceful testament to the government’s responsibility for the tragedy when displayed on the gallery floor. Ai Weiwei undertook an investigation of the Chinese government’s attempted cover-up of the incident, with violent consequences. He was severely beaten by Sichuan police to prevent him from testifying at the trial of fellow researcher Tan Zuoren, resulting in a brain hemorrhage.

Since this incident Ai Weiwei has been under constant government surveillance and been subjected to numerous attempts to censor him, spending 81 days in illegal detention in 2011. Despite these obstacles, he has persevered, continuing to express himself through his art, writing, and social media accounts. Ai Weiwei continues to live by the mantra,

“If there is no free speech, every single life has lived in vain” (Ai Weiwei: Never Sorry).

On October 2, 2013, CJFE will join forces with the Art Gallery of Ontario (AGO) to present Ai Weiwei: Voices of Freedom. The evening will feature art, performance, and contemplation of the work of Ai Weiwei and the issues facing freedom of expression in China.

“My definition of art has always been the same. It is about freedom of expression […] I don’t think anybody can separate art from politics. The intention to separate [the two] is itself a very political intention.” – Ai Weiwei

In light of our upcoming event and the current AGO exhibit Ai Weiwei: According to What, we have put together a collection of fascinating facts about the artist and activist.

10 things you may not know about Ai Weiwei (but should):