Each year as part of CJFE's Review of Free Expression in Canada, we publish our annual Report Card on Free Expression, grading government institutions for their work upholding free expression across Canada over the past year.

There’s a notable difference in this year’s Report Card on Free Expression. There has been a significant improvement over previous years. Why? Because Canadians are fed up with our national failures in free expression and have made their criticisms known. We have worked together, and worked hard, at the federal, provincial and municipal levels, and we are seeing the buds of progress beginning to grow as our new government makes big promises to bring change. But one frost can kill new growth, momentum is easily reversed and we have seen little action on the government’s promises so far. Overall, Canada seems to be moving in the right direction, but this is just a start. Far more work needs to be done to push Canada to a place where the public can fully enjoy their constitutionally protected free expression rights. 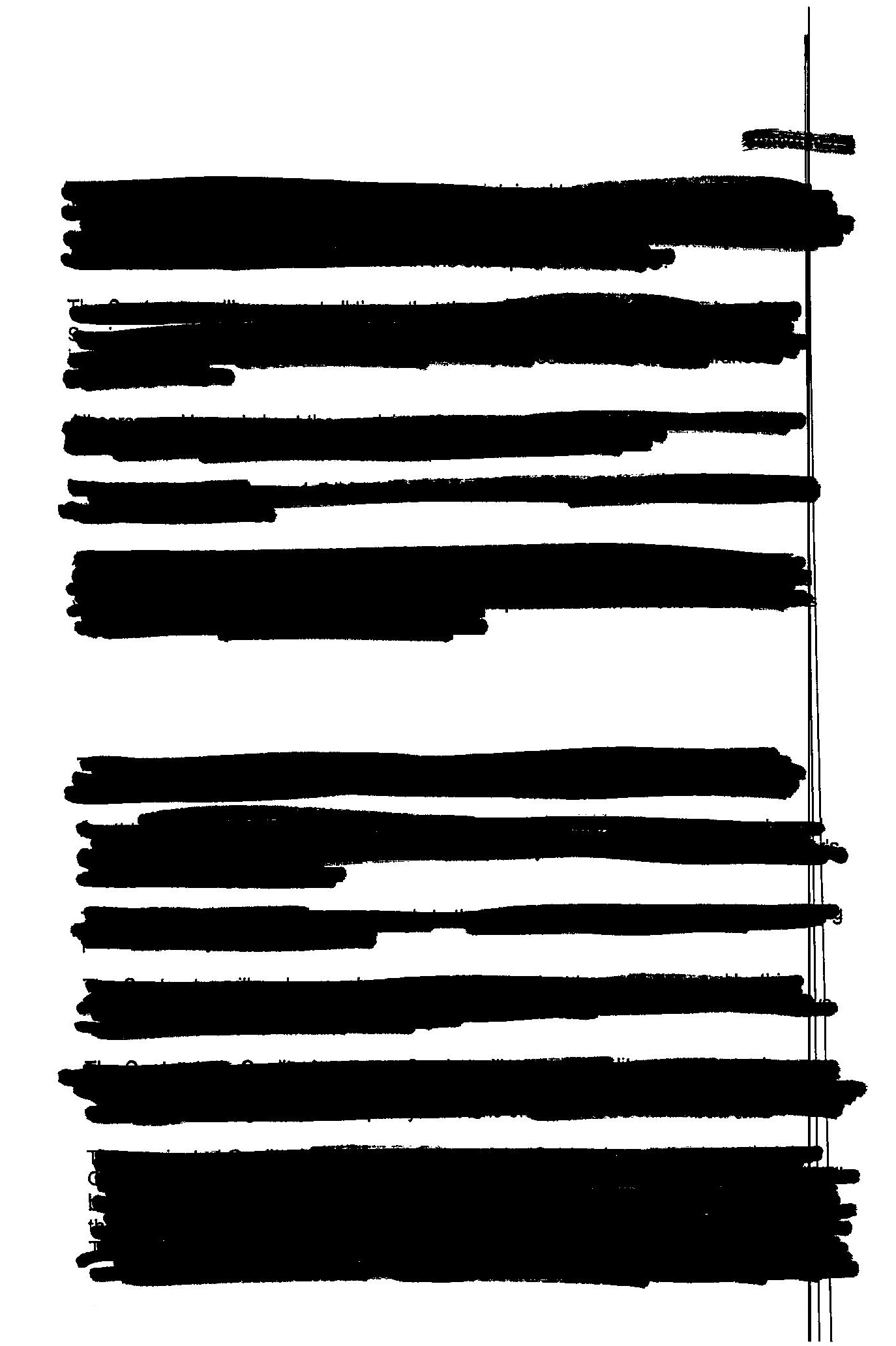 From totally blacked-out documents to exorbitant photocopying fees to year-long wait times, Canada’s Access to Information (ATI) system is a mess, and it’s going to stay that way for at least two more years.

The federal government came to power with promises of “greater openness and transparency.” It has taken positive steps, but it has also made several missteps. On the one hand, prior to the election, then-MP Justin Trudeau introduced a private member’s bill to reform the Access to Information Act. However, it left many of the current act’s glaring holes unaddressed. The feds recently struck a parliamentary committee to look at ATI, a move that should be applauded, but at the same time the government has refused to release memos on access sent to Treasury Board Secretary Scott Brison (who’s in charge of government communications, which means ATI falls under his mandate). Continuing the trend, the 2016 federal budget included $12.9 million over five years for a new website to facilitate privacy requests, but these deal primarily with private citizens’ information and have little to do with government policy (i.e., there’s little in there to potentially embarrass the government). The budget allocated another $11.5 million over five years to “double the Treasury Board Secretariat’s budget for open government activities.” Unfortunately, that description is so vague that it’s almost meaningless. The funds could just as easily be spent on consulting lawyers to deny access requests as on paying for the chronically underfunded Office of the Information Commissioner to investigate the gigantic backlog of complaints that has built up over the past several years.

In a March announcement, the government reiterated its promise to give the Information Commissioner power to order the release of documents and to make more government departments subject to the ATI act. However, it also announced Canadians would have to wait a full two years before it undertakes the in-depth review that’s been needed for decades. With all that said, the federal government is making a lot of the right promises, and a C is a huge upgrade following years of total failure. Whether the government will take any meaningful action or let the ATI system continue to crumble remains to be seen. 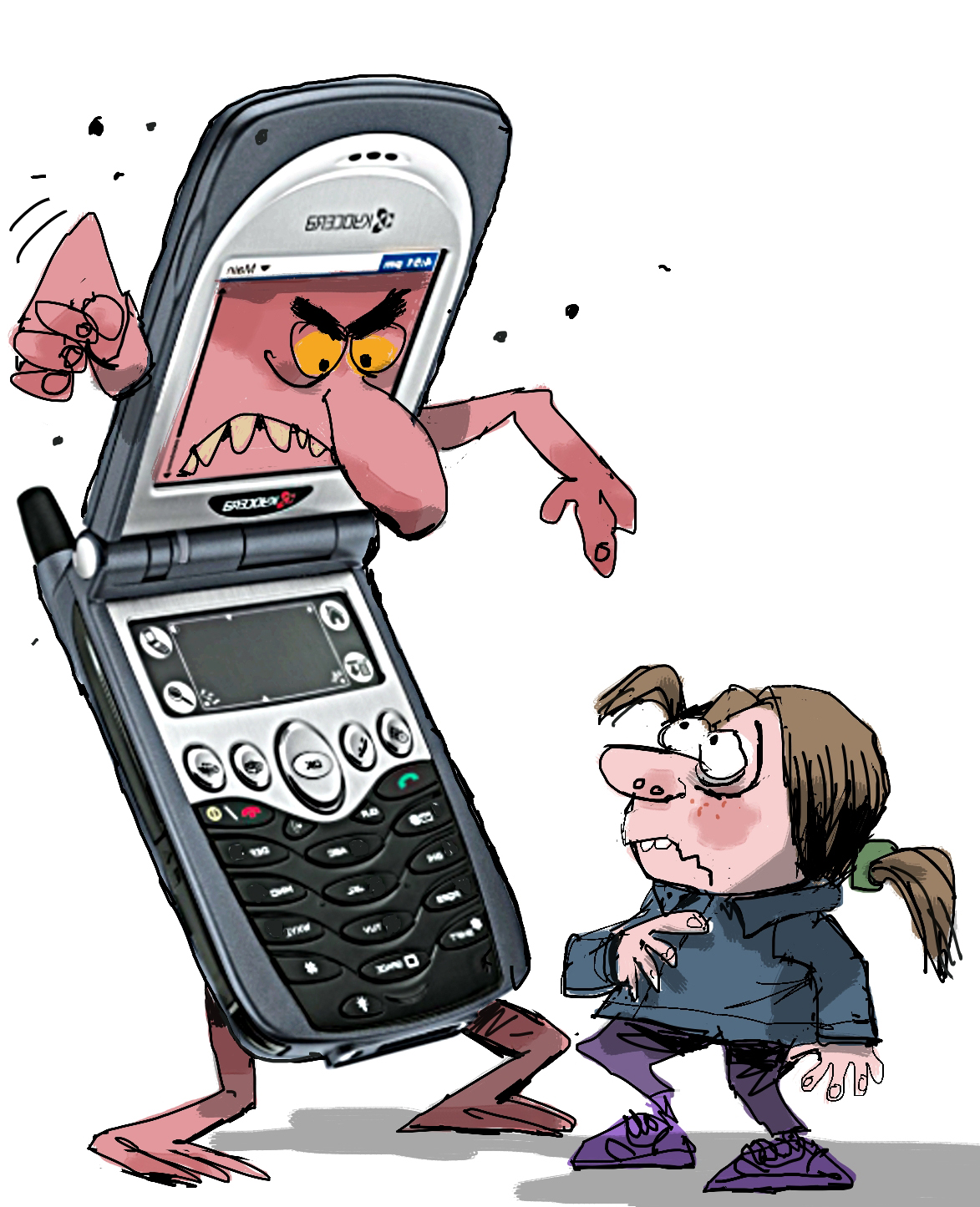 This incredibly unpopular bill expands the power of CSIS without addressing the near-total lack of oversight for Canada’s security agencies. It makes constitutionally protected speech illegal, could potentially lead to peaceful protesters being arrested on terrorism charges, and has a host of other problems. It is unconstitutional, and CJFE and the Canadian Civil Liberties Association have already launched a Charter challenge against the law. During the election, the Liberal Party promised changes would come to C-51 (now the Anti-Terrorism Act), but it was vague on specifics. However, since forming its government, the party has promised to begin widespread, public consultations on the matter, and sources inside the government have told CJFE that the ministers in charge are open to dramatically amending the most troubling sections. That is good news, but there are also reports that law enforcement and intelligence agencies are pushing back hard against the reining-in of their powers, and the law is still on the books, with no guarantee that its unconstitutional provisions will be changed.

Montreal police attacks on the press

It’s a little-reported story in most of Canada, but journalists covering protests in Montreal have faced brutal treatment at the hands of police. Journalists have been intentionally shot with rubber bullets at close range, struck with batons and kettled (a practice, condemned by the UN, when riot police surround protesters and force them into a smaller and smaller space, holding them for hours). Their equipment has been smashed, and they have been arbitrarily arrested and detained without any criminal charges. In one instance, an independent reporter, who won’t use her name because she’s afraid of police retaliation, was complying with police orders when an officer knocked her to the ground and repeatedly kicked her, causing an injury that required surgery. In another, veteran Le Devoir photographer Jacques Nadeau was knocked over and almost trampled by a police horse. His camera was smashed, he suffered abdominal bruising that required surgery, and he needed eye surgery because of damage from tear gas and pepper spray.

However, the Montreal Police met with representatives from CJFE and the Montreal press in 2015, and apologized and agreed that these violent clashes need to stop. There have been more incidents since, but their severity has decreased, and the dialogue between the groups continues. 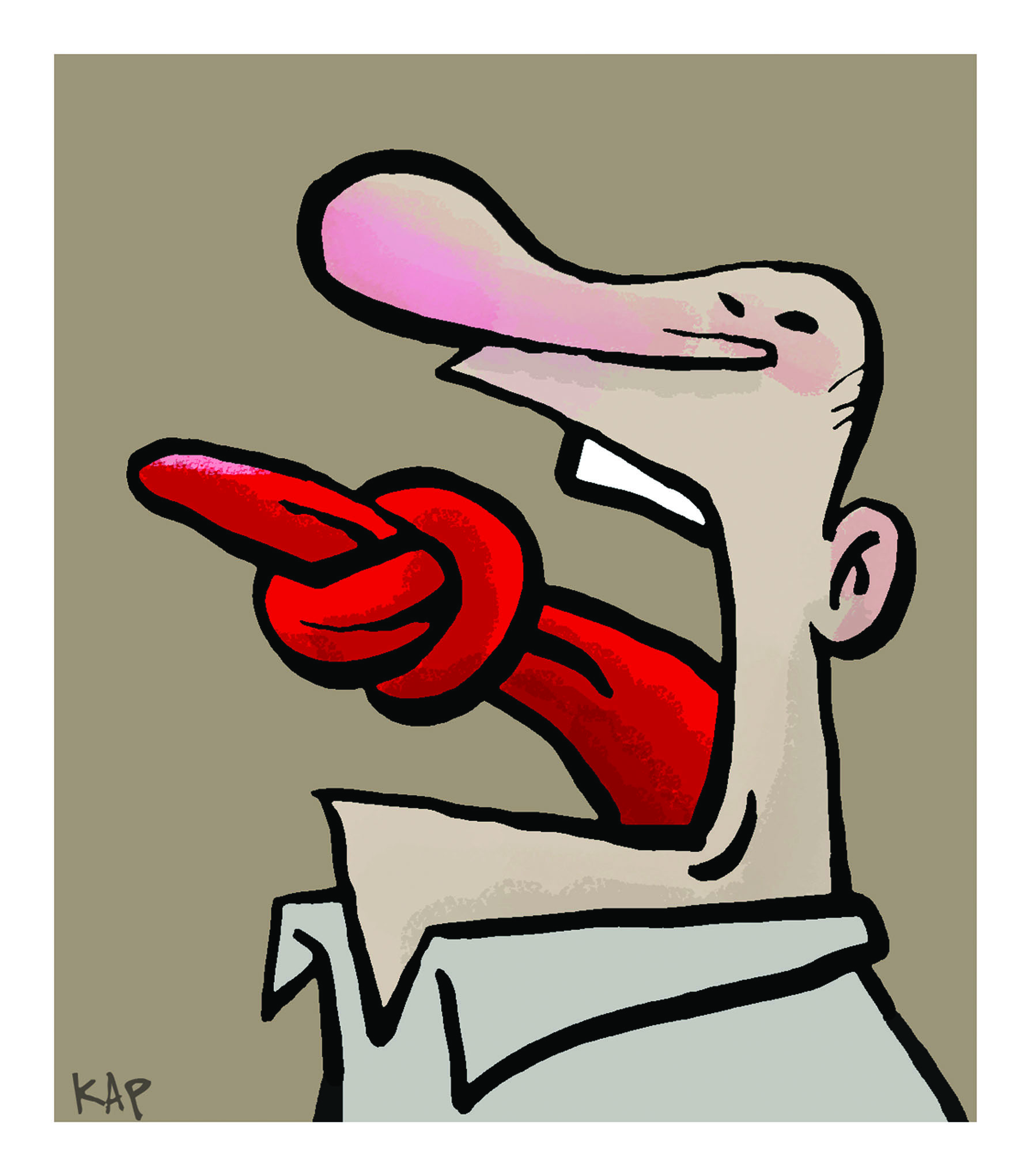 On paper, Canada has protections for government whistleblowers; however, in practice, no substantive protections actually exist. The tribunal system established under the last federal government has been completely ineffective, and our new government has shown no interest in reforming it, despite the fact that a few small policy changes could turn it into an effective replica of tribunal systems in other countries. Even worse, Canada has no protections for whistleblowers in the private sector. This has created a climate where those who see wrongdoing at their jobs, whether in the public or private sector, have no incentive to come forward, and a very rational fear that their careers will be ruined if they do. Without these people coming forward, Canadians are too often left in the dark about government and corporate corruption.

Ontario saw a great victory for free expression in 2016 with the passage of anti-SLAPP (Strategic Lawsuit Against Public Participation) legislation. Essentially, the new law protects journalists, activists and any other person or organization from being hit with frivolous, expensive libel lawsuits by deep-pocketed businesses and individuals. CJFE, Greenpeace Canada, the Canadian Civil Liberties Association and a number of other groups lobbied for the law for years. It’s a huge win that means every Ontarian can feel safer speaking truth to power. However, with the exception of Quebec, the rest of Canada lacks such protection. (CJFE is currently fighting to pass a similar law in New Brunswick.) 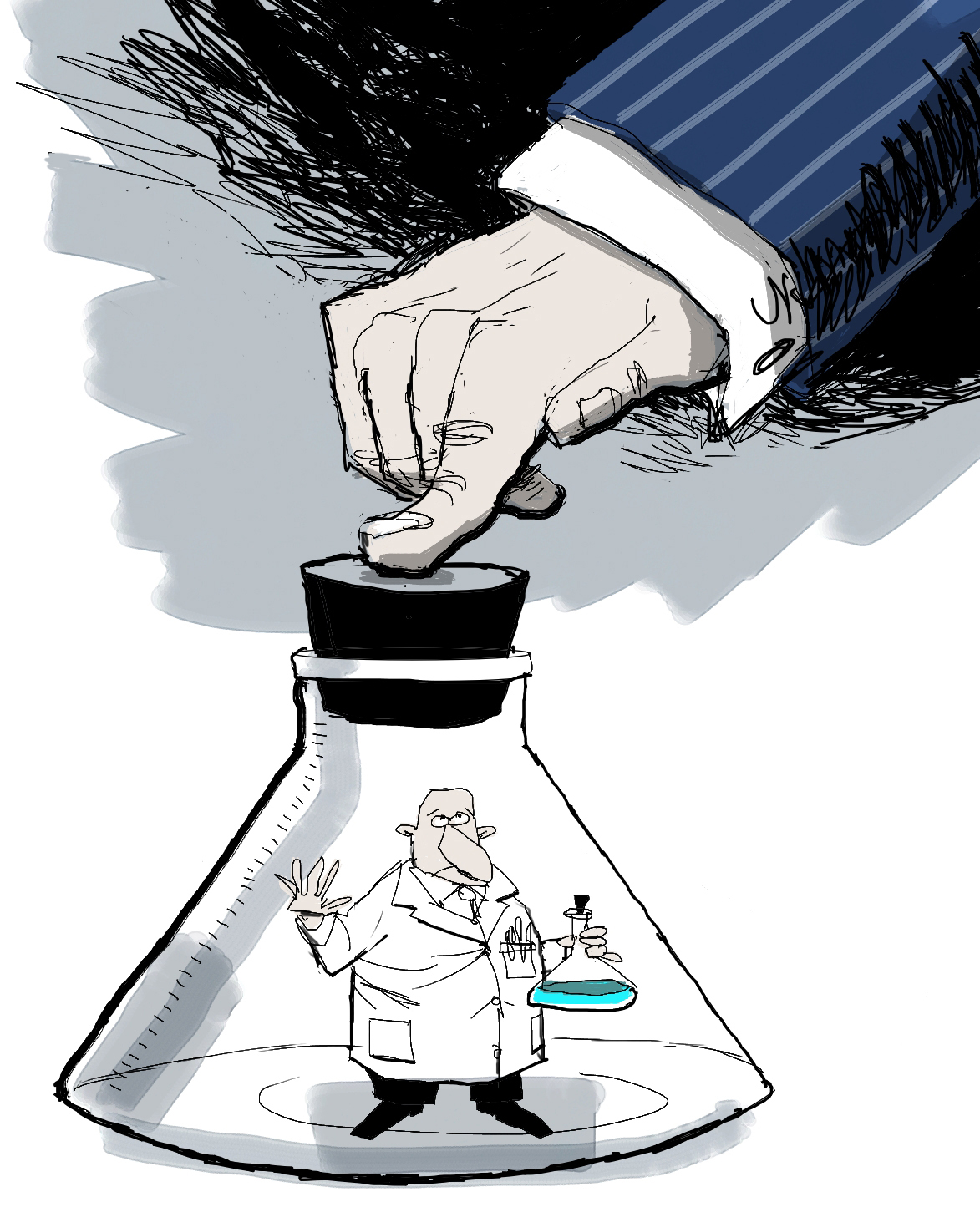 After massive public pressure (including campaigns led by CJFE) in the lead-up to the 2015 election, one of the new government’s first actions was to end the gag order the previous administration had enacted on scientists, allowing them to speak to the media and the public for the first time in years. It ended a shameful period in Canadian history. However, newly published memos show that top civil servants are critical of the move and have advised the government to keep scientists on a tight leash. That said, the government has also reinvested in science, with its new budget providing $72.29 million per year for research-granting councils, effectively restoring funds the previous government had cut. 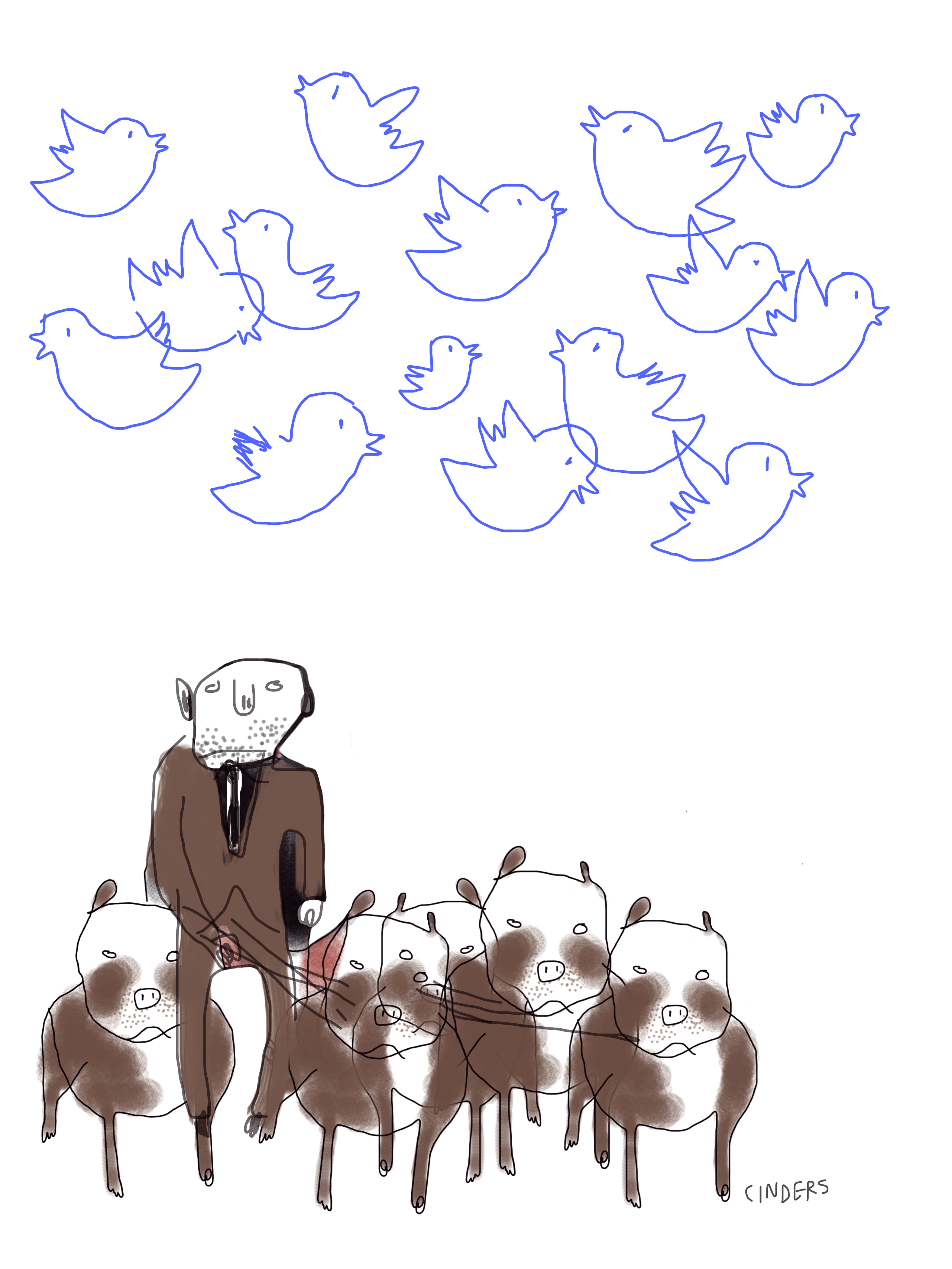 The Canadian media has reached a crisis point. Four companies – Bell, Rogers, Shaw and Telus – own a full 70 per cent of English-language television media, and Bell owns one-third of French-language media. In fact, Canada has the worst diversity in media ownership of any G8 country. Ownership of newspapers is also a major problem made worse since Postmedia, Canada’s largest newspaper chain, purchased the right-leaning papers of Sun News. The company now has control of more than 200 media outlets, but it’s so burdened with debt that it recently announced massive layoffs and has been criticized for underserving its communities. Rumours are rampant that it will soon file for bankruptcy.

There is, however, a small wellspring of independent media growing in Canada, from Canadaland, the Halifax Examiner and National Observer to the ultra-conservative The Rebel. Diversity has also increased with the introduction and expansion of U.S. outlets like Bloomberg, Vice and Buzzfeed in Canada. These new players represent a tiny slice of the Canadian media pie and will not fix the concentration issue anytime soon, but they do represent hope for a new and more vibrant media landscape.

Reporters from The Rebel, a right-wing media outlet run by controversial commentator Ezra Levant, were denied access to a provincial government press briefing in Alberta in February. This caused a massive outcry across the country as journalists (and CJFE) denounced the Alberta government’s attempt to limit access to the legislature and to classify who is a journalist. It was a clear violation of free expression rights. Within a day, Premier Rachel Notley reversed the decision, admitting it was a mistake.