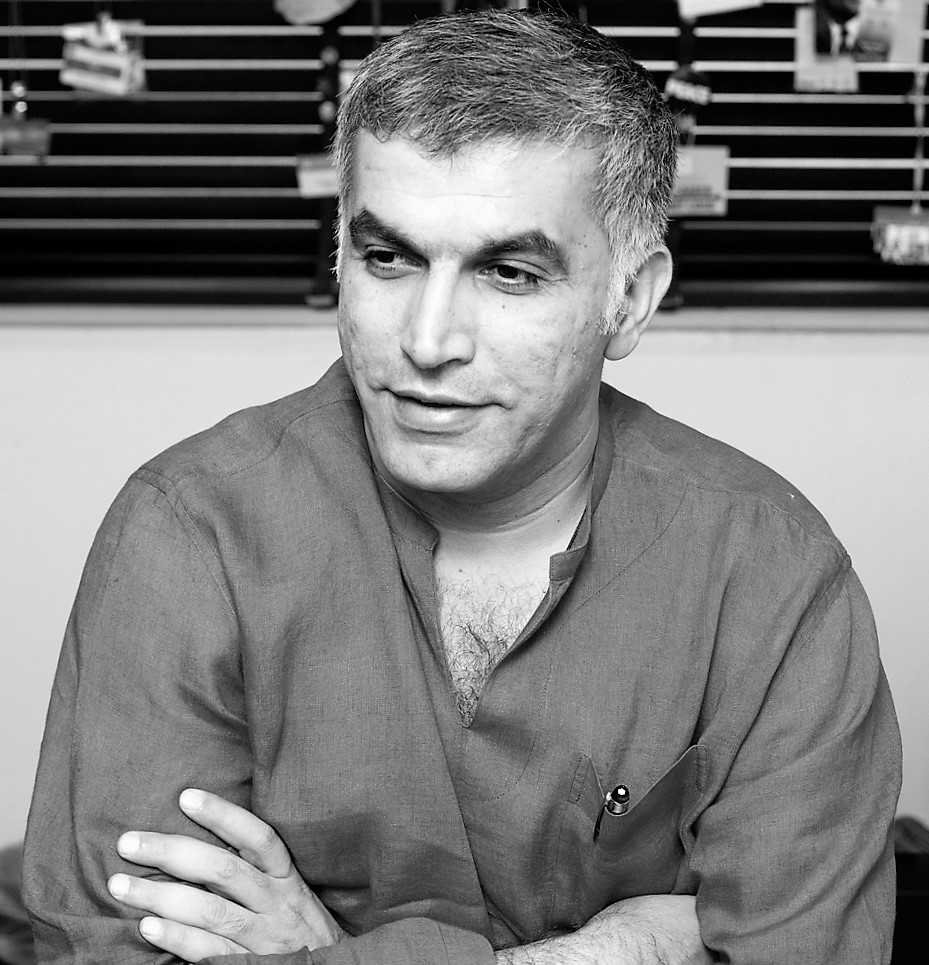 The following letter was sent to Federica Mogherini, High Representative of the European Union for Foreign Affairs and Security Policy, and Vice-President of the European Commission.

The Government of Bahrain continues to arbitrarily detain Nabeel Rajab, president of the Bahrain Center for Human Rights (BCHR), founding director of the Gulf Centre for Human Rights (GCHR) and Deputy Secretary General of FIDH, on charges related to his rights to free expression and his work as a human rights defender. We write to ask you to publicly speak out against this clear violation of human rights, and to make clear the European Union’s stance on Rajab’s case and the human rights crackdown in Bahrain.

Rajab’s hearing is scheduled for October 31, when he is expected to be sentenced to up to 15 years in prison. Rajab has already been held in pre-trial detention for 137 days, mainly in solitary confinement. His health has seriously deteriorated as a consequence of poor detention conditions and lack of sustained medical assistance.

Rajab has been detained since June 13, 2016, based on charges related to his comments on Twitter, documenting allegations of torture in Bahrain’s Jau Prison and criticizing the escalating humanitarian crisis caused by the Saudi-led coalition airstrikes in Yemen. Rajab faces three charges in relation to these tweets, including “defaming a statutory body,” “offending a foreign country,” and “disseminating false news in a time of war,” for which he faces up to 15 years in prison.

On September 4, the New York Times published Rajab’s “Letter from a Bahraini jail”, addressed to the US authorities. In it, he criticized his country for being one “that punishes its people for thinking, that prevents its citizens from exercising their basic rights.” The following day, on September 5, Bahrain’s Public Prosecutor charged Rajab with “intentionally broadcasting false news and malicious rumours abroad impairing the prestige of the state,” which carries an additional one-year prison term if he is convicted.

Rajab’s case has sparked international outrage from government officials like the spokesperson of the US Department of State, UN Secretary-General Ban Ki-Moon, and members of the EU Parliament who have all denounced the arrest of Rajab. Whilst we appreciate these efforts, we reiterate our deep concerns over his health and freedom.

In light of the alarming developments in Rajab’s case, who could be sentenced to 15 years in prison on October 31, we urge you to dispatch an official delegation to the Kingdom of Bahrain, to expressly address EU concerns about the human rights situation in Bahrain, and to support the release of Rajab, and of all other human rights defenders imprisoned in Bahrain.

Rajab’s sentencing is the latest in a series of Bahraini government actions restricting civil society space. The government penalizes criticism and human rights work as criminal activities, and Rajab’s prosecution aims to silence the last remaining voice in Bahrain, as well as to instill a culture of fear and impunity. It follows the dissolution of Al-Wefaq, the largest political party in the country, by the Ministry of Justice, the prosecution of over 60 shia clerics for protesting since June, and the imposition of travel bans against around 20 human rights activists, ahead of UNHRC sessions in June and September this year.

Rajab has suffered for his human rights activism since 2011, including prison sentences between 2012-14 and in 2015. In 2014, the prosecution imposed a travel ban on him after his return from an advocacy trip in Europe, where he visited the UNHRC in Geneva, the European Parliament in Brussels, and other European capitals. This posed a heavy restriction on his human rights work.

Rajab’s comments on Twitter, documenting torture in Bahrain’s Jau Prison and criticizing the escalating humanitarian crisis caused by the Saudi-led coalition airstrikes in Yemen led to his arrest on April 2, 2015. Authorities released him on July 13, 2015, when he received a royal pardon during Ramadan for his previous six-month sentence, but prosecutors did not close the cases and ordered his re-arrest on June 13, 2016.

We urge you not to remain silent in the face of gross violations of basic human rights.

We look forward to your reply.