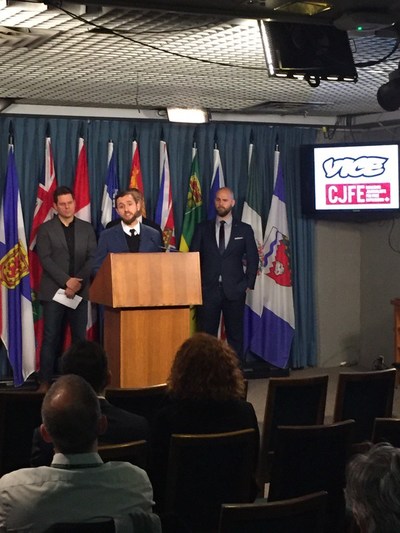 A VICE journalist will appear in court on February 6th, 2017 to appeal an RCMP production order. A 2016 poll shows only 11% of Canadians support the RCMP case.

TORONTO (January 24, 2017) - Three out of four Canadians want a national inquiry into police surveillance of journalists, according to a new national public opinion survey released today by Canadian Journalists for Free Expression (CJFE). Seventy percent support a new law that would allow journalists to protect the identity of confidential sources and whistleblowers. The results come as Canadians across the country meet with their MPs about police surveillance and press freedom as part of a week of lobbying in preparation for a national day of action on February 4, 2017.

CJFE, along with a coalition of civil society groups, media and labour organizations are convening a national day of action on mass surveillance, Canada’s national security laws, and freedom of the press. Organizers are calling for an end to the practices of unwarranted mass surveillance, a repeal of the Anti-terrorism Act, 2015 (formerly Bill C-51) and the creation of new laws protecting advocates, whistleblowers and journalists.

The live national phone poll, conducted on behalf of CJFE by Mainstreet Research, demonstrates that a full 70% of Canadians agree that placing journalists under surveillance undermines press freedom. Only 27% of Canadians agree that the Canadian Security Intelligence Service (CSIS) or the police should use public resources to monitor organizations and advocacy groups which do not pose a known threat to national security. The potential monitoring of such groups was a core concern voiced by advocates when Bill C-51 was first introduced.

As part of a national security review process aimed at amending key portions of Bill C-51, new suggestions were also introduced through the public consultation framework called ‘Investigative Capabilities in a Digital World.’ These capabilities are a response to requests for expanded powers by Canada’s police services. These requests include warrantless access to basic subscriber information.

The national day of action is conducted against a backdrop of recent press freedom violations in Canada, including high profile cases in Quebec that revealed routine surveillance by police of journalists including Patrick Lagacé of La Presse. Lagacé’s phone was tracked and monitored by Montreal’s police service (SPVM) in order to identify his confidential sources. Nationwide, only 11% of Canadians regard the monitoring of journalists to learn their sources as acceptable, with numbers in Quebec even lower, between 5% and 8%.

The inability or unwillingness of CSIS to verify the precise number of journalists spied on in the course of federal national security investigations leaves serious questions about the state of press freedom nationwide.  72% of Canadians believe that there should be an independent crosscountry inquiry into the surveillance of journalists by police.

Beyond an end to warrantless mass surveillance practices and spying on journalists or advocates, the lobbying activities and day of action are timed specifically to underscore the case of VICE journalist Ben Makuch, who will appear in a Toronto court on February 6 to appeal an RCMP production order for confidential source information. The RCMP demanded access to Makuch’s source communication logs with a suspected Canadian member of ISIS, and he is currently facing jail time for obstruction if he does not turn over the records. This case will set a strong precedent for protecting press freedoms. Public support for these types of RCMP actions and court orders is a minority opinion with only 11% of Canadians agreeing that a judge should be able to force a journalist to reveal the identity of a confidential source.

CJFE is supporting the passage of Private Member’s Senate Bill S-231, which would create legal protections for journalists and the sources, including whistleblowers, who allow them to undertake in-depth investigative work. 70% of Canadians support a press shield law such as Bill S-231, and 77% of Canadians feel that journalists should investigate public authorities such as the government, the police and state companies. 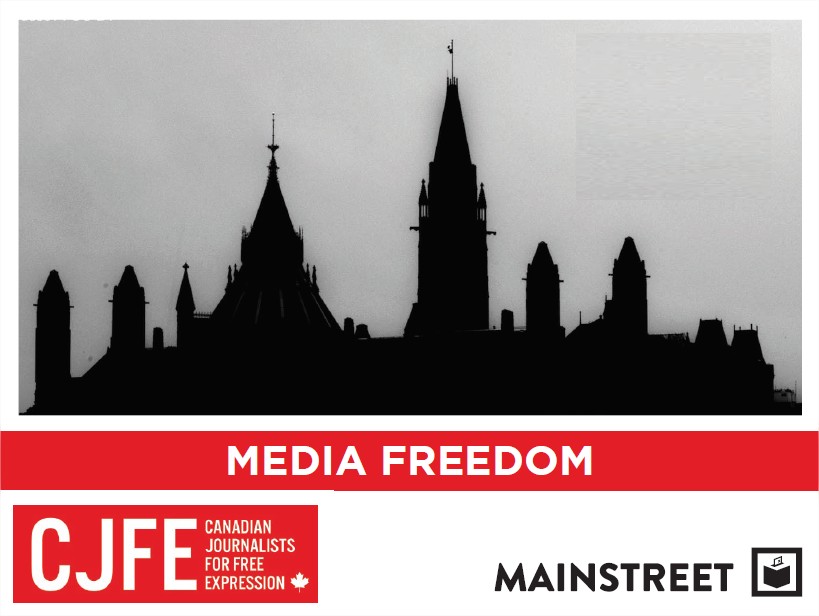