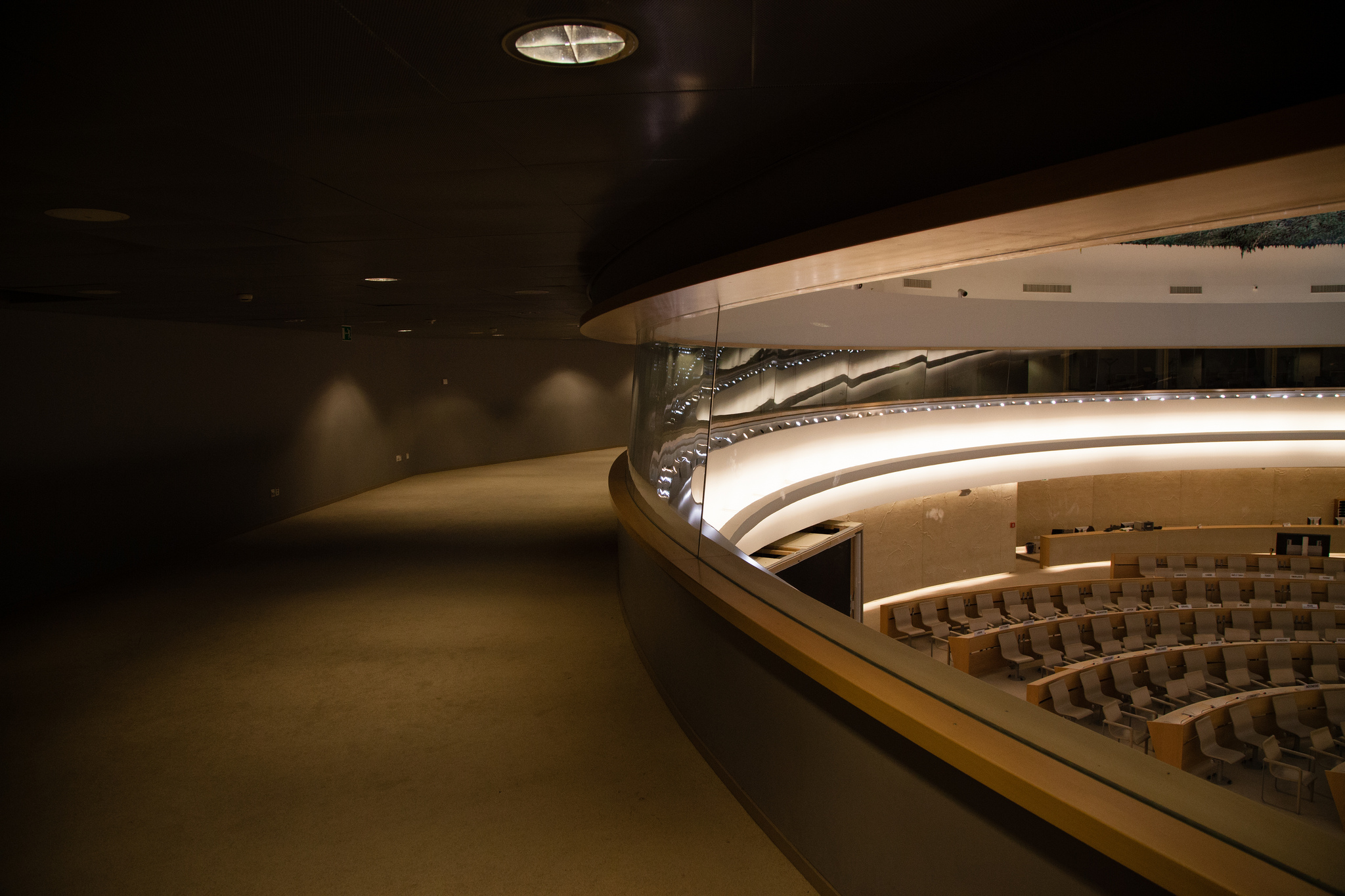 CJFE joins Article 19 and more than 50 other leading international and national civil society organizations in calling on the UN Human Rights Council to consider serious concerns around certain initiatives around “countering and preventing violent extremism”. (PVE)

In advance of the 31st Session of the UN Human Rights Council (HRC), the joint letter to the UN High Commissioner for Human Rights, Zeid Ra’ad Al Hussein, supplemented with a joint written submission to the HRC, intends to inform all stakeholders’ contributions to an HRC panel discussion on PVE on 17 March 2016.

Through the letter and submission, ARTICLE 19 and others “recognise that PVE initiatives that are based on a clear definition of the phenomenon being addressed, have a proper evidential basis for harm reduction, and that respect human rights and civil society space, can play a potentially positive role.” However, the experience of many organisations is that, as with “counter-terrorism” measures, not all PVE initiatives meet these standards.

The letter and submission argue that the lack of an agreed definition for “violent extremism” opens the door to human rights and others abuses, compounded by the danger of conflating the phenomenon itself with “terrorism” and thereby leading to the overbroad application of “counter-terrorism” measures.

While packaged as positive measures, the letter and submission state that “many PVE initiatives have a significant potential to threaten the human rights to equality and freedom from discrimination, the right to privacy, and the freedoms of expression, association, and religion or belief.”

Governments routinely label their political opponents, journalists and human rights defenders as “violent extremists” simply for exercising their rights: PVE initiatives may provide some governments with further grounds to stifle freedom of expression, and crush dissent.

The letter and written submission also question the evidential basis for many PVE initiatives, which tend to alienate the very communities they seek to help, and are perceived as stigmatising and discriminatory and as a form of “soft surveillance.” While PVE initiatives are often framed not as addressing a particular religion or ideology, ARTICLE 19 and others note how they overwhelmingly target Muslims, with some programmes specifically targeting and stigmatising Muslim women.

There are also serious concerns that certain PVE initiatives target individuals’ access to the Internet or specific online platforms, to block lawful online content, and create blanket restrictions on access to specific platforms or encryption services. Increasingly, governments are enlisting private companies in these efforts on a “voluntarily” basis, circumventing procedural safeguards for the rights of users. At the same time, States too often overlook the enormous potential of a free and open Internet to enable robust debate in making a contribution to PVE.

HRC resolution 30/15 on “human rights and countering and preventing violent extremism”, adopted by vote after substantial oral revisions, called for the panel discussion on this issue. The resolution is criticised in the letter and submission for failing to “properly capture the danger for abuse of PVE initiatives”, and for “providing inadequate language aimed to protect human rights”.

In December 2015, the UN Secretary General Ban Ki Moon launched the UN “Plan of Action to Prevent Violent Extremism”. Though this all-encompassing agenda acknowledges several of the concerns that civil society have highlighted to the UN Human Rights Council, it largely fails to resolve them. There are concerns that it will lead to a proliferation of PVE initiatives that do not contain sufficient safeguards to protect human rights.

ARTICLE 19 calls on the UN High Commissioner for Human Rights and all States to carefully consider the concerns raised in the joint letter and submission at the PVE panel discussion at the 31st Session of the HRC.

The Joint Letter and Written Submission are endorsed by:

Vigilance for Democracy and the Civic State