5 jailed Chinese free expression advocates you should know about 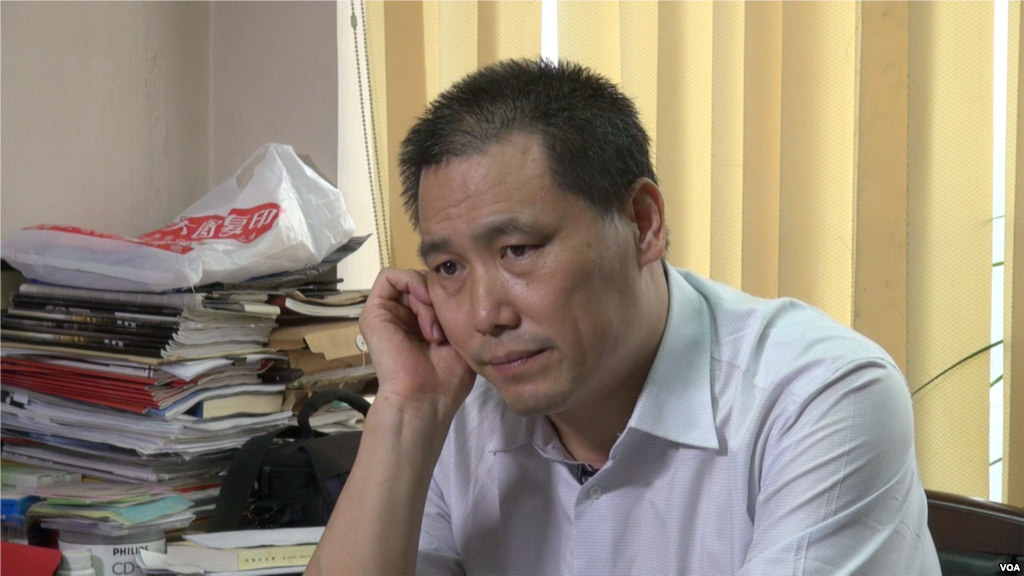 For the second year in a row, China was the world’s worst jailer of journalists. In 2015, 49 journalists were imprisoned in China—a record amount. Jailing free expression advocates in China is unfortunately a common occurrence, and sham trials are all too frequent under the reign of President Xi Jinping, who has increasingly pressured and attacked opponents of his ruling Communist party. While many have heard of jailed dissidents like Ai Weiwei, here are 5 more you ought to know:

One of China’s most prominent human rights lawyers, Pu has been in detention since May 2014, after attending a gathering to commemorate the 25th anniversary of the 1989 Tiananmen Square massacre; he was an active participant in the Tiananmen Square protests as a student. Pu is the most notable figure in a recent series of crackdowns on human rights lawyers that has seen nearly 200 lawyers imprisoned by the Chinese government. He was detained for posts made on Chinese microblogging platform Weibo, in which he critiqued the government’s heavy-handed and violent policies towards Uighurs in the Xinjiang region of China, and is officially being tried on two charges related to online criticism of the government: “picking quarrels and provoking trouble” and “inciting ethnic hatred.” His trial has drawn worldwide condemnation, as no foreign officials or journalists have been allowed into the courtroom. Pu faces up to eight years in prison.

Gao is a well-known investigative journalist who has been a staunch defender of democracy in China for over 30 years. She was a prominent participant of the Tiananmen Square protests, and was held without formal charge for 15 months due to her role in the protests. In April 2014, Gao was arrested before the 25th anniversary of the Tiananmen Square protests and accused of “illegally providing state secrets to foreigners.” She was found guilty and sentenced to seven years in prison for allegedly sharing Document No.9, a Communist Party paper cautioning against the ‘seven perils,’ which includes ‘universal values,’ civil society and ‘Western-style’ free press, which she denies. In November 2015, a Beijing court upheld the conviction against her, but the prison term was reduced to five years. Gao has recently been released from prison on medical parole, and will serve the rest of her sentence under house arrest.

Wang, a reporter for Beijing-based business magazine Caijing, was arrested in August 2015 on charges of “colluding with others and fabricating and spreading false information on securities and futures trading;” he had reported that a Chinese regulator was looking for avenues that would allow securities companies to withdraw funds from the stock market. Wang was recently seen on state television apologizing for the story and confessing his wrongdoing before going to trial. Televised confessions are a well-documented tactic used by the Chinese government to deal with journalists that report on sensitive and controversial issues. Wang is considered a prominent target of a larger crackdown in late August, when the Chinese Ministry of Public Security arrested close to 200 people for “spreading rumours.”

Tan is a Chinese writer, campaigner and activist who was arrested in March 2008 for “inciting subversion of state power” in connection to articles he published criticizing the government crackdown on the Tiananmen Square protests. His arrest came nearly 19 years after the protests, while he was investigating the massive Sichuan earthquake of 2008. Tan had been compiling a database of victims and preparing an independent report investigating if poorly constructed schools were the cause for the deaths of 5,335 children during the earthquake—many schools collapsed while other buildings nearby remained intact. Tan was released in March 2014 after serving his entire five-year jail term, but he remains under surveillance to date, and is withheld from exercising his free expression rights.

Liu is a literary critic, writer, professor and human rights activist. For his participation in the Tiananmen Square protests, he was sentenced to two years in prison. He later served three years in a labour camp for criticizing China’s one-party system. Liu was again detained in 2008 and sentenced to 11 years in prison for “inciting subversion of state power.” The sentence is widely believed to be tied to his manifesto Charter ’08, which advocates for democratic and human rights reform in China. While in prison, Liu was awarded the 2010 Nobel Peace Prize; he was represented by an empty chair at the ceremony in Oslo. His wife, poet and artist Liu Xia, was placed under house arrest without charge after the 2010 Nobel announcement. Liu Xia remains under surveillance and illegal house arrest while Liu Xiaobo remains  in prison, where he recently passed his 60th birthday.