#ATIreform: Freedom of information in Hamilton misses the mark 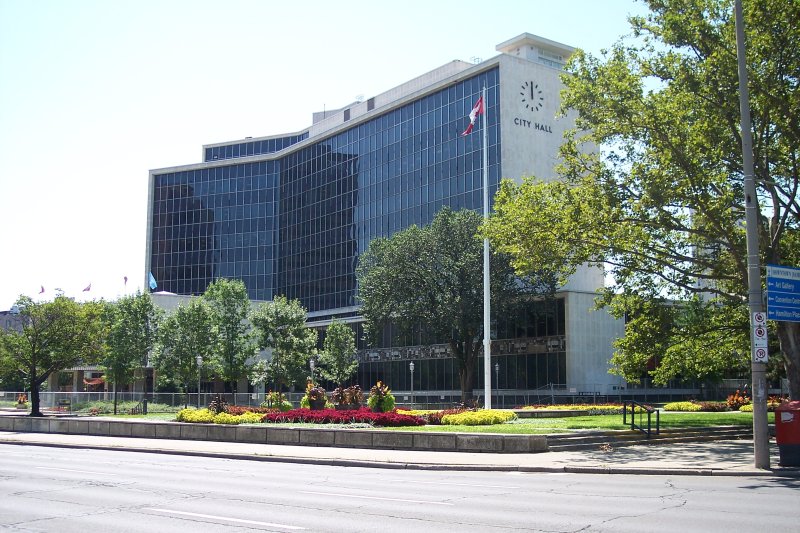 Freedom of Information (FOI) is great in concept, but without strong enforcement mechanisms, it remains only a concept in municipalities where the local government chooses to openly flout its intent—leaving citizens uninformed and news media unable to pursue even the most basic of FOI requests.

This is happening in Hamilton, Ontario.

Newspapers Canada's annual Freedom of Information audit consistently ranks Hamilton as one of the worst municipalities in Canada for access to information. In 2014, Hamilton's performance was so poor, the municipality didn't even earn an F—it earned no grade, "due to the ambiguous nature of some of its disclosure decisions."

When it comes to Hamilton’s FOI, F is for Failure.

I run an independent news start-up called The Public Record, which provides comprehensive coverage of Hamilton's civic government. I cover more meetings than any other media outlet. Due to the obfuscation of freedom of information in Hamilton, I'm limited in how often I can file FOI requests and even more limited in what information may result from my efforts.

The simplest of requests often result in lengthy wordsmithing battles, ridiculous "search" fees, partial information release, or denial of information for security exemptions or on the grounds that the information was deleted.

Even when the City claims it's going to release data at the departmental level, there is no guarantee they will actually release the data.

Take, for example, the location of the children's splash pads in City parks. I filed a Freedom of Information request for a complete list of splash pads in 2012. The FOI office denied my request for information, saying the various divisions responsible will provide a listing instead. (The City kept my filing fee.)

The divisions are concerned that people may call the wrong number if the list isn't kept separate. Presumably, the City's phone system doesn't allow for calls to be transferred or emails to be sent if someone calls Parks about a splash pad that belongs to Water. It's been three years and I still have yet to secure this data.

Much like splash pads, I've been trying to obtain a listing of the locations of fire hydrants across the City. The goal is to set up an "Adopt-A-Hydrant" program for Hamiltonians to assist the fire department in prioritizing fire hydrant snow clearing checks following winter storms.

My request: denied because of security concerns. Apparently, the City believes that a vandal or group of vandals could be conspiring to attack hydrants and there's only one thing stopping them: they don't know where to find the big red fire hydrants!

(Pro tip: they’re usually found where you think there is a parking spot but instead there's a fire hydrant. Tip for journalists: Fire hydrant tickets are a good FOI-based story.)

In 2012, I requested the expense records of all elected officials for 2011. The City responded that it only maintains electronic records of expenses for six months, and that it would have to engage in a manual search for the individual receipts and claims. The fee to accomplish this: over $300. I eventually negotiated it down to $153.

$153 is a deal compared to the $12,889.77 fee the local hospital board tried to charge The Hamilton Spectator for the release of expense claims by the CEO, Board of Directors, executives and any others reporting directly to the CEO from January 2007 to February 2012. After fighting the fee with the Information and Privacy Commission of Ontario, The Spectator won and the fee was reduced to $430.

Unfortunately, the resources required to win an IPC appeal are out of the reach of many ordinary citizens and new media outlets.

How about the email records of public officials?

The City defines all emails as "transitory records," allowing for individual staff and politicians to decide what they will delete and what they will release. The City does not store emails for more than 10 days after deletion AND individuals can override this 10-day storage to permanently erase deleted emails. Unless downloaded and archived in a local file, the City destroys non-deleted emails after six weeks, saying that storage space is at a premium. By the time an FOI request is filed and processed, most email records are deleted, making the request mute.

The cost of searching for email records in Hamilton is prohibitive. As resident Graham Crawford extensively detailed in 2011, a search of Councillor emails will cost a minimum of $240 and the City charges more if the person searching their own email conducts a manual check instead of a query search.

Ontario's former Information and Privacy Commissioner Ann Cavoukian publicly stated she was "very disturbed at the account given by Graham Crawford" and urged the City of Hamilton to improve their practices. The City ignored the Commissioner.

A public rebuke is the maximum the Commissioner can do. Information Commissioners’ powers are largely limited to ruling on individual FOI appeals—they cannot implement systemic changes or reforms.

Want a public contract? Be prepared for wordsmithing and mindreading.

In 2011, Newspapers Canada asked the City for a copy of its contract for Liability and Property Insurance coverage valued at $3,951,257. This contract had been approved by Council a year prior, in 2010. The City denied the FOI request, saying there was "no record" of the contract.

It is a classic tactic by Hamilton's city clerks. When the contract was actually signed, it was split into separate contracts with a total value of $3,951,257—a singular contract did not exist. Yes, the clerks denied public access to information on a difference between singular and plural. How was the public to know this? As far as the City of Hamilton is concerned, the public doesn't have a right to know.

In the end, Hamilton's freedom of information practices mean The Public Record can only pursue a handful of FOI requests each year. Many requests must be abandoned due to high fees and the steep time cost of pursuing appeals to the Information and Privacy Commissioner.

Joey Coleman is an independent journalist who runs The Public Record providing extensive coverage of Hamilton's City Hall. He is what is becoming known as an "entrepreneurial journalist," with The Public Record solely supported by reader financial support.

For more installments of CJFE's #ATIreform series and all our work on access to information in Canada, check out our campaign page.