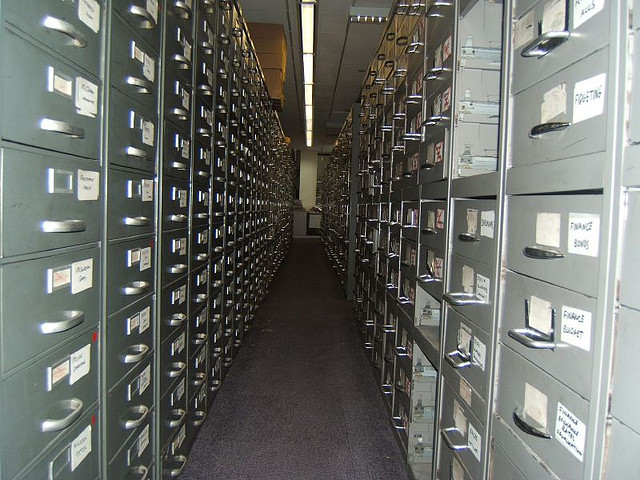 The second installment in CJFE's new #ATIreform series, where journalists, public interest researchers and other professionals share their stories about Canada's Access to Information system.

The challenges of using the federal Access to Information Act

As a long-time user of Canada’s Access to Information system, I believe it is a measure that helps journalists tell important stories. So I won’t use this space to slag the Act, despite the fact that the law has not benefited from any substantial reform since it took effect on Canada Day in 1983.

I believe in the Act. It works. As proof, there is a steady diet of stories that could not be written without journalists using the law. But it’s becoming more challenging to get those kinds of stories. Departments and agencies over the past several years have adopted more of a defensive crouch, using exemptions to withhold too much information that is probably more embarrassing to cabinet ministers than being genuinely injurious to the workings of government or national security.

The increased challenges in obtaining information should embolden journalists to become smarter about using the Act, an argument repeated in the user guide Your Right to Know that I co-authored with Jim Bronskill, the Canadian Press’ whiz in all matters dealing with security and intelligence. The plea to become smarter users is also a message we preach to the journalism students we jointly teach at Carleton University.

Speaking of trouble, there is a trend that needs to be nipped in the bud. Shared Services Canada is a federal department that now administers the databases for departments such as Public Works and Government Services Canada. Although Shared Services seems to be recouping some of the database administration costs from individual departments, the departments still attempt to charge users to cover these costs. This is a worrying trend that we must fight with all our might. Databases that used to be inexpensive beyond the initial five-dollar request fee could now potentially cost hundreds of dollars.

I can understand the rationale of these charges from departments that are paying for the administration of their databases. However, departments are charging more while becoming increasingly inaccessible—at a time when the government is preaching an open data policy. The federal government has created a portal that houses hundreds of databases that were previously only accessible through Access to Information. They have gone so far as to equate open data with open government, so it makes no sense for departments to suddenly begin charging for data requests.

We must not give up in the face of these struggles. We must understand the law, discuss its strengths and weaknesses, argue when we feel we have been duped and, if necessary, file a formal complaint. It may not yield immediate results, but the sheer weight of our concerns should be too difficult for anyone—are you listening, federal politicians on the campaign hustings?—to ignore.

We must become emboldened and smarter in our never-ending struggle for greater access to information, which is our legal right.

David McKie is a producer in CBC News’ Parliamentary bureau. He co-authored “Your Right to Know: How to Use the Law to Get Government Secrets” with Jim Bronskill. They also teach a reporting methods course to master of journalism students at Carleton University.

So you want to file an Access to Information request

Congratulations: you are a masochist explorer, fumbling in the dark. You are attempting to describe as specifically as possible the measurements of something you know or think or hope exists, then haggle endlessly over its parameters, without ever having seen it. And Canada—a proud, open, multifarious democracy—has burnished its reputation for information obfuscation.

The last time our national Access to Information Act was revised, Mikhail Gorbachev had just become Soviet leader and New Coke was a thing. While our Prime Minister had big plans for reform in 2006, they haven't been enacted.

Stonewalling transcends party and political stripes: my colleagues and I have been stymied by all levels of government, across the political spectrum. The federal government won't tell you which Canadian communities have subpar wastewater treatment systems, or divulge details around companies that have contravened food safety rules. The Ontario government spent years in court fighting Patrick Cain's attempt to access information on sex offenders. Local governments in Winnipeg and Vancouver refused to give Leslie Young details on water main locations or bridge inspections, for fear that information would prove useful to terrorists.

I'd be remiss if I didn't mention jurisdictions that stand out for their almost-human reasonableness.British Columbia and multiple federal departments now let you file access requests online; provincial health ministries have come through for us, data-wise, multiple times. Biggest kudos goes to public bodies that give you public information without having to go through a torturous request process. This is the way truly public information should work 90 per cent of the time.

But that's the exception. Too much information is behind the ATI wall. The ability to extend the timeframe for a response is virtually unlimited. Information is redacted for reasons as vague as “advice to the minister.” Information commissioners lack teeth.

Even if you emerge from the months-long morass of ATI negotiations with your sanity, sense of purpose and ATI request intact, chances are you'll be handed an impenetrable sheaf of documents.

From Toronto's student census to prison inmate death and assault stats, we've repeatedly found ourselves entering machine-unreadable numbers into spreadsheets by hand. (We've also used this as an inadvertent hazing ritual to disabuse new journalists of any illusions of industry glamour. Some of those victims turned out okay.)

If you, intrepid info-seeker, remain intent on braving an often-discouraging system, here are some tips:

ATI requests should not be the norm when it comes to accessing public information. They place an unreasonable burden on those who don't chase stories and data for a living, and there is a real impact on real people when information is kept under wraps. Evidence-based planning goes AWOL; it becomes tougher to keep tabs on the people who represent you, govern you, educate you, maintain your health and roads and safety.

And fumbling in the dark on stuff this important can suck.

Anna Mehler Paperny is the senior producer on the Investigative Data Desk at Global News. She has previously worked for the Kingston Whig-Standard, the Edmonton Journal and, most recently, the Globe and Mail.