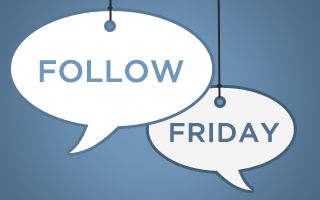 By Diane Shnier This week’s #FollowFriday celebrates Toronto’s recent WorldPride 2014 festival, which took place June 20-29. The event’s 180 speakers included LGBT activists from all over the world, many of whom face threats and persecution in their home country. WorldPride provides a forum for these individuals to speak out on behalf of the many who are silenced because of their sexual orientation or gender identity, or for speaking out about issues affecting the LGBT community. In recognition of the International Day Against Homophobia and Transphobia on May 17, CJFE signed on to a joint statement urging heads of state to protect the freedom of expression for all people, regardless of their sexual orientation or gender identity. Below you will find just a few of the impressive individuals who spoke at WorldPride this year. Read about their work and follow them on Twitter to keep up to date on their advocacy for the free expression rights of LGBT people. Richard Lusimbo Richard Lusimbo is a gay rights activist from Uganda, and research manager for the organization Sexual Minorities in Uganda (SMUG). This past February, Uganda passed an anti-homosexuality law, rendering Lusimbo’s organization illegal. The following day, a local tabloid “outed” Lusimbo as gay, causing him to be inundated with hate mail and threats. Despite the discrimination Lusimbo faces daily, he explains that since the passing of the anti-homosexuality bill, he feels more determined than ever to remain in Uganda and campaign on behalf of LGBT rights. Reflecting on the risk involved with his work, he says, “I think about the people who can’t speak for themselves and that in itself gives me the courage to do so.” Follow Richard Lusimbo on Twitter: @richardlusimbo Anna Rekhviashvili, and her organization Identoba Georgian human rights defender Anna Rekhviashvili was the International Grand Marshal of this year’s WorldPride celebration. Rekhviashvili is the community director at Identoba, the largest LGBT rights organization in Georgia. In May 2013, Rekhviashvili helped organize Georgia’s International Day Against Homophopia and Transphobia. The peaceful protest was violently disrupted by orthodox priests and anti-gay protestors. Rekhviashvili says events that she and Identoba have organized, seeking to promote public discourse about LGBT rights in Georgia, have been met with challenges and aggression, and that “in that sense, being a member of WorldPride is a different experience to see how you can publicly speak of the issues you actually want to speak about”. Follow Identoba on Twitter: @identoba Masha Gessen Russian American journalist and author Masha Gessen is an outspoken advocate for sexual minorities and a critic of the oppressive climate for free expression and dissent in Russia under Vladamir Putin’s leadership. Born in Moscow, Gessen moved to the United States at 14, and later returned to Russia in her 20’s. In December 2013, Gessen and her family moved back to the United States in response to Russia’s recently introduced anti-gay laws, which included a ban on “homosexual propaganda”. In response to this assault on free expression, Gessen co-edited (with Joseph Huff-Hannon) Gay Propaganda, a collection of love stories written by LGBT people who are living in Russia or have emigrated from Russia. The book represents an explicit refusal to acquiesce to Russian anti-gay censorship laws, which prohibit the distribution of publications normalizing or promoting non-traditional sexual relationships to minors. Follow Masha Gessen on Twitter: @mashagessen