A Message from CJFE's Executive Director 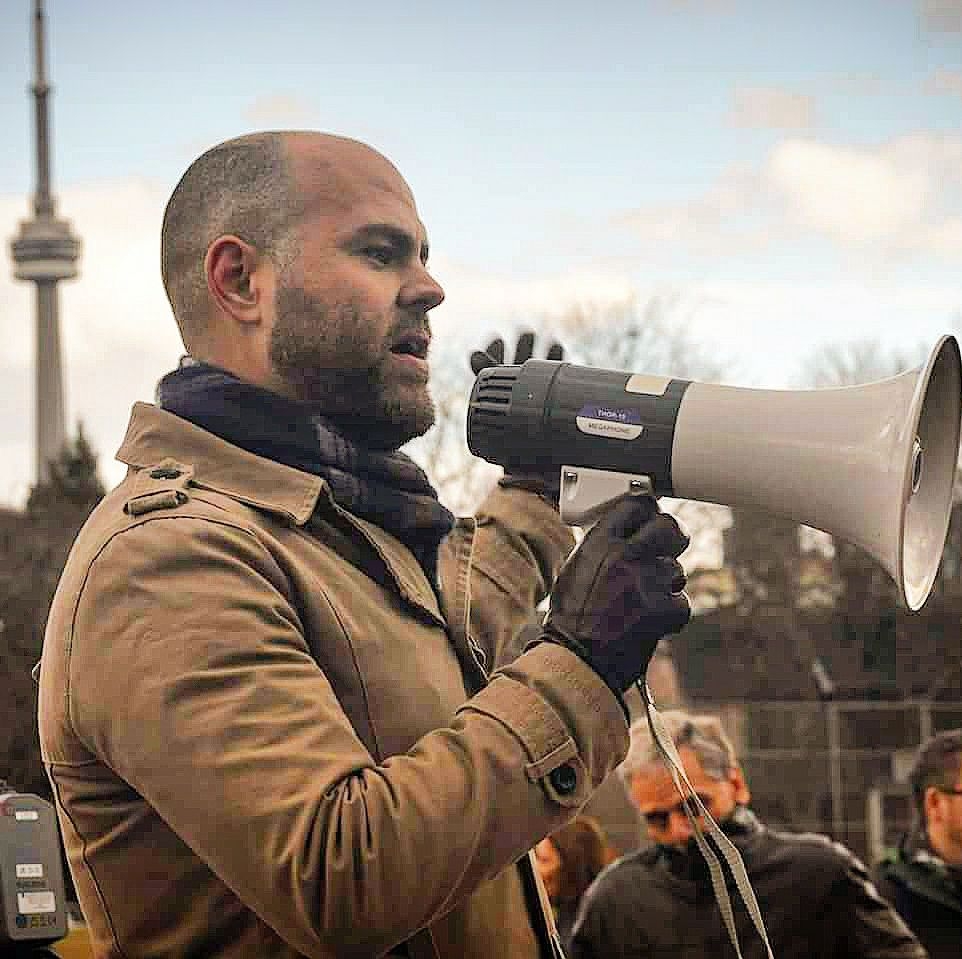 To all CJFE committees, partners, volunteers, supporters, members and donors,

I have exciting but somewhat bittersweet news. I’ve accepted a new position and on October 10, 2017, will be moving to VICE Canada as their new Director of News and Digital. In this role I’ll have oversight of VICE’s editorial direction and strategy for digital verticals, and will work to bring VICE’s global strategy to Canada while building local editorial priorities.

I am thrilled and humbled to be offered this job, but it unfortunately means I can no longer continue as CJFE’s executive director. However, my involvement with the organization is far from over. I have joined the organization’s Board of Directors as well as the Executive Committee as CJFE’s Secretary. I will also remain on the Gala Committee as a volunteer and fundraiser.

The past four years have seen unbelievable challenges and more success than I could have imagined. We led the campaign to free Mohamed Fahmy, Peter Greste and Baher Mohamed from unjust imprisonment in Egypt. We have saved the lives and livelihoods of dozens of journalists from around the world through our Journalists in Distress program. We helped topple an authoritarian government in Croatia. We passed anti-SLAPP legislation in Ontario, took the federal government to court over Bill C-51, and intervened in several court cases of critical importance to the rights of Canadian journalists and citizens. We’ve been deeply involved in pushing our federal government to change its overbroad national security apparatus, to reform its outdated access to information system, and to create Canada’s first federal press shield law—expected to pass this fall. In recent years, we’ve helped to fight back against bigots and racists who would corrupt the free expression movement for their own hateful gains.

We’ve more than doubled our staff size, modernized our web presence, brought important reforms to our board and bylaws, and increased our members, supporters and followers exponentially. We’ve become a household name, and Canada’s leading organization fighting for free expression rights.

I may have been the public face of the organization through these successes, but the credit does not belong to me. It belongs to the incredible people working behind the scenes—the volunteers, supporters, board and committee members, and especially the unbelievably hard-working, passionate, brilliant staff. The team here are the finest group of people I have ever worked with, and there are not enough adjectives in the English language to describe just how talented they are.

I’m very excited to let you know that CJFE’s two most senior staff: Megan Drysdale, our Editorial and Events Coordinator, and Duncan Pike, our Campaigns and Advocacy  Coordinator, will be succeeding me as co-directors. They are, quite frankly, incredible, and I pass the torch to them with complete faith that they will bring far greater success to CJFE than I ever could.

That said, they won’t be able to do these things without your help. CJFE is an organization that needs our members and supporters to survive. So please, volunteer, donate, make a sign and come to our rallies. We are on the right side of history, but must stay ever vigilant in the fight for free expression—there will always be forces looking to curtail our rights. These are challenging times, but together, we can build a better Canada and a better world.

Thank you for your commitment, and for allowing me the pleasure of serving as your executive director.