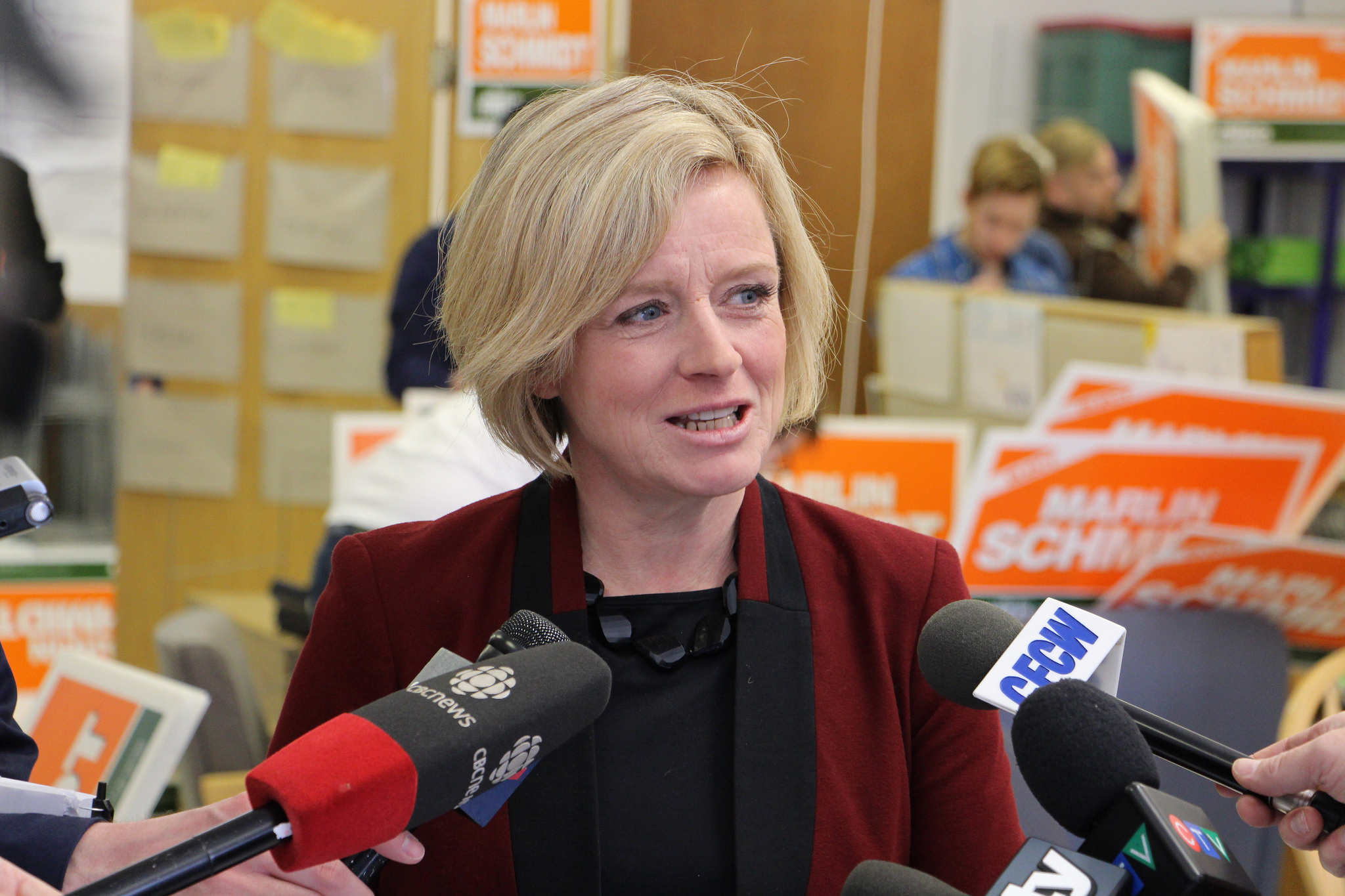 Toronto, ON (February 17, 2016) — Canadian Journalists for Free Expression is encouraged that the Alberta government has reversed its earlier attempt to block the access of journalists from the online news outlet The Rebel to the provincial legislature.

Alberta’s NDP government had earlier stated that it was banning the conservative media outlet from covering its news conferences, purportedly because they are “not journalists.” While CJFE applauds that Alberta Premier Rachel Notley "admitted a mistake" regarding this incident, we are concerned that this violation of freedom of expression occurred at all.

CJFE is encouraged that the government has announced they will be reviewing their media policy, and strongly urges the adoption of measures to prevent this kind of occurrence in future.

We believe that a core principle of free expression means that governments do not get to decide who is or is not a journalist. The current reality of newsroom cutbacks in Canada has led to the proliferation of online-only news sources as media outlets. CJFE supports these media operations as legitimate sources of news, and rejects any suggestion of blanket bans of online-only media. The Legislative Assembly of Alberta’s press gallery supports this stance and stated on February 16, 2016, that any reporter is to be allowed to cover news conferences in the Legislature.

"Governments cannot dictate who is or is not a journalist—this is a core foundation of free expression rights," said Tom Henheffer, CJFE's Executive Director. "For a free press to function, governments must not deny access to public briefings based on a journalist's outlet, regardless of its size, audience or political leanings."

Canadian Journalists for Free Expression (CJFE) monitors, defends and reports on free expression and access to information in Canada and abroad. Rooted in the field of journalism, CJFE promotes a free media as essential to a fair and open society. CJFE boldly champions the free expression rights of all people, and encourages and supports individuals and groups in the protection of their own and others' free expression rights. For more information, visit cjfe.org