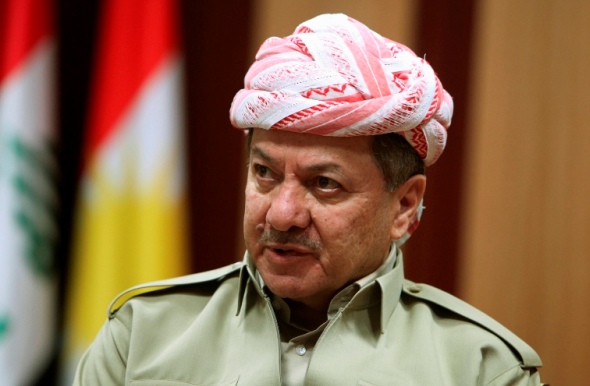 Goran Dukani is a Kurdish journalist living in exile in the United States, where he works at the Kurdish-American Center for Free Expression (KACFE) with a number of other independent writers and journalists. He is also a two-time recipient of support from CJFE’s Journalists in Distress program.

Dukani’s case has been documented by a number of international human rights organizations, including the United Nations Assistance Mission for Iraq, Amnesty International, Human Rights Watch, Reporters Without Borders, Committee to Protect Journalists, International Press Institute, International Federation of Journalists, Doha Center for Media Freedom, and Front Line Defenders. Dukani was the recipient of a 2012 Hellman-Hammett grant as well as a grant from PEN American Center, both in recognition of his work as a journalist under persecution.

CJFE was able to interview Goran Dukani for his perspective on the momentum for free expression in Iraqi Kurdistan and the endemic impunity that plagues the region.

What can you tell us about your experiences working as a journalist in Iraqi Kurdistan? How did you come to be exiled in the United States?

My name is Goran Mustafa, but I am known as Goran Dukani in my journalism. I started working in the media field in 2002. I used to work for Lvin magazine, Hawlati and Awene newspaper, Radio Nawa, and more than 25 electronic news outlets which are all independent or local in Iraqi Kurdistan.

I was living in Dukan district, part of Sulaymaniyah province in Kurdistan Regional Government (KRG)/Iraq. This district is well-known as a tourist destination. I wrote a number of essays and reports about corruption in local politics, which meant I was faced with serious threats from the two main political parties: Kurdistan Democratic Party (KDP) and Patriotic Union of Kurdistan (PUK). In particular, I was threatened by the PUK Secretary General/President of Iraq, Jalal Talabani, and some other high rank members of this party. As a result of these reports and writings, I was kidnapped and tortured many times in a period of only two years. In addition to this I have been sued, imprisoned and forced to pay financial penalties as a consequence of my reporting.

In the span of two years Dukani reports that he was subjected to the following persecution:

What do you think is the biggest free expression issue facing Kurdish journalists?

In general, under the rule of Masud Barzani [President of Iraqi Kurdistan and leader of the KDP] and Jalal Talabani [President of Iraq], everything is monopolized by the security forces. Most Kurdish journalists face intimidation, prison, torture, legal retribution, and the lack of equal economic opportunities. There is also the problem of impunity. For instance, the KDP was deeply implicated in the assassination of two journalists:Soran Mama Hama (assassinated in July 2008) and Sardasht Osman (assassinated in May 2010), but their cases are still open and there is no reasonable expectation of their killers facing justice. The KDP was accused in both cases because Osman and Hama had written actively about the Barzani family.

In the case of Kawa Garmyani [a Kurdish anti-corruption journalist who was assassinated on December 5, 2013] the PUK was implicated in the murder, since Garmyani was assassinated in an area that is chiefly governed by them. Mahmud Sangawi, a military commander in the PUK, is the main suspect accused of Garmyani’s murder.

Can you please tell us about the story of your friend Kawa Garmyani?

Kawa Ahmed Mohammed, known as Kawa Garmyani, worked as an independent journalist for 10 years in the Garmiyan area of Sulaymaniyah. He was a reporter for Awena newspaper, which is one of the independent weeklies in Kurdistan. He also worked for Dange Azadi Radio and Rayel monthly magazine.

Kawa Garmyani was murdered because he was reporting on corruption amongst the Regional Government Authorities. During the last three years, he had been attacked, beaten by security forces and been many times due to his reporting. He received a death threat from PUK military commander Mahmud Sangawi in July 2012 after writing an article that implicated Sangawi in corruption. Eighteen months later, on December 05 2013, Garmyani was shot dead outside his house by unknown people.

Kawa Garmyani was only doing his job as a journalist. It was writing critically about the authorities in the region and the PUK leaders which led to his death. Two weeks before his death, he published an exposé of the corruption issues in Garmyan area, where he was living. Garmyani was newly married at the time and his wife gave birth to a baby boy 17 days after his murder.

As one of the most famous journalists in the area, Garmyani was a member of the Kurdistan Journalists Syndicate. After receiving death threats from Mahmud Sangawi, Garmyani informed the local authorities and security offices as well as the Syndicate regarding the threats but they took no action.

Kawa Garmyani filed a suit case against the military leader Mahmud Sangawi, at the court who did threat him before and submit an audio recorded evidence (in Kurdish), also he filed two more cases against other leaders but none of those leaders got questioned by the court. On top of this, the judge who issued the arrest warrant for Sangawi also received death threats. Following the first hearing, Sangawi was released for “lack of evidence” despite there being plenty of evidence of his involvement. A lower member of the PUK is now serving as a scapegoat and pleading guilty to Garmyani’s murder.

Is his case a typical representation of the issues facing Kurdish journalists?

The case of Kawa Garmyani is exemplary of the issues that Kurdish journalists face. I would like to point out something important here: since Garmyani’s assassination occurred in the area that is mostly ruled by the PUK security forces, many journalists and writers in Kurdistan believe that Masud Barzani [leader of the KDP] was trying to politicize the case of Kawa Garmyani for his own gain in the campaign for the most recent election held on April, 01, 2014. In the run-up to the election Masud Barzani was meeting with the family of Kawa Garmyani which made many people wonder why he was only meeting with that family and not with the families of three other journalists who were murdered with impunity in his own backyard.

What can you tell us about the momentum for free expression under Kurdistan’s Regional Government (KRG)?

In Kurdistan it’s almost impossible to make a distinction between the two political parties [PUK and KDP] and the KRG, the same as is true for most of the Middle Eastern countries. So for that reason it’s just impossible for the KRG to be neutral and independent with regards to the momentum for free expression in Kurdistan.

So, as usual we saw and will see the president of Kurdistan and KRG officials make proclamations in favour of democracy and free expression. But, as we can see in reports by human rights organizations, the reality is quite the opposite of what Kurdish officials claim to support.

Do you think that the situation for free expression in Kurdistan will ever improve? What would it take for that to happen?

Free expression in Kurdistan will hopefully be improved step by step as a result of negative reports published by international NGO’s, but if Kurdistan's authority does not fear condemnation from the international community I think that free expression will only get worse. In general there is free expression but it is so limited, especially when you talk about high ranking officials.

This interview was edited for clarity and brevity.