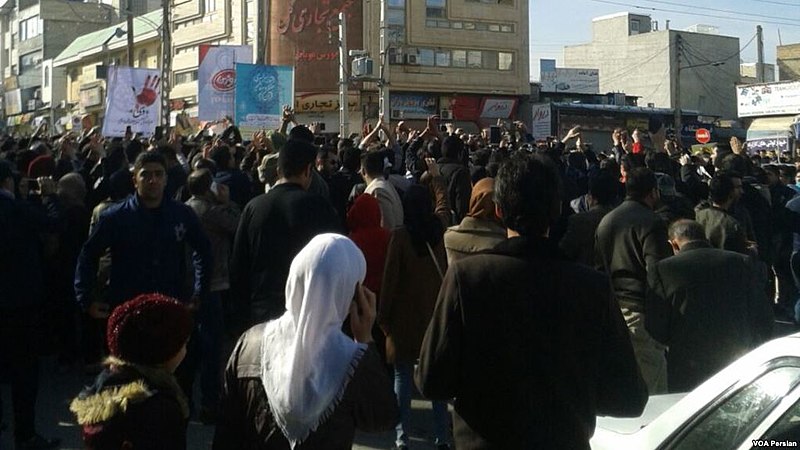 Mass protests in Iran continue for the ninth consecutive day, despite communication blackouts across the country. The government blocked internet access on mobile networks, social media services like Facebook and Instagram, as well as messaging services like Telegram to prevent protestors from organizing. These communication blackouts represent a serious violation of fundamental rights and freedoms.

SIGN THE PETITION: TELL TRUDEAU TO SPEAK OUT FOR HUMAN RIGHTS IN IRAN

Social media has played a vital role in the protests that have rocked more than 130 cities across Iran, particularly Telegram, used for sending encrypted messages, photos, and videos. To thwart the censorship, many people are using virtual private networks (VPNs) to communicate. It’s estimated that out of the 80 million people in Iran, 40 million are using Telegram, making it crucial for communication during these protests.

On Friday, the UN agency for human rights issued a joint statement, calling on regime authorities to respect the human rights of protesters, including their rights to freedom of expression and peaceful assembly.

“The control and censorship of information through the blocking of internet and messaging services represents an unlawful restriction of the right to freedom of expression and prevents the population from accessing communication and services,” the four special rapporteurs said in the statement released by the Office of the UN High Commissioner for Human Rights.

The last time Iran saw an uprising of this magnitude was in 2009, but the tune of the protestors has drastically changed since then. These protests are about more than just human rights and democracy, people are rallying against the rising cost of living, high poverty and unemployment rates, and economic inequality while regime forces provide state assistance to Bashar al-Assad, Hezbollah and the Houthi rebels in Yemen.

Compared to 2009, “The protests have erupted in response to profound issues in Iran. There’s widespread public discontent over high prices, economic crises, and corruption coupled with a huge lack of social and political freedoms,” said Ali Safavi, a member of Washington’s National Council of Resistance of Iran. “This is the army of the hungry.”

Official reports list a death toll of 21 and the number of arrests around 1,500. Opposition leaders claim the number is much higher, with 50 people killed since the protests began on December 28 and over 3,000 arrested.

Violet Rusu is a freelance journalist in Toronto and campaigner for freedom of expression, press freedoms, whistleblower protection, and minority rights.