Baglow v. Smith and online defamation in the blogosphere 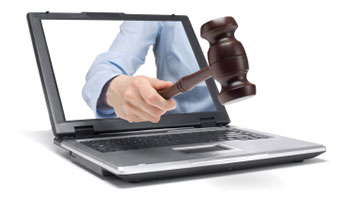 By Mark A.B. Donald, with additional reporting by Grant Buckler Below is a summary of Baglow v. Smith, a defamation case currently in Ontario court.


For more information on this case, download the full legal analysis This Means War? Baglow v. Smith and online defamation in the blogosphere by Mark A.B. Donald, Student-At-Law at Thornton Grout Finnigan LLP.

In the near future, an Ontario trial court will hear a defamation case that could have a major impact on free expression and what is considered defamatory under Canadian law. Baglow v. Smith arose out of a dispute between two ideologically opposed bloggers. John Baglow, who blogs as Dr. Dawg, repeatedly argued that the detention of Canadian terror suspect Omar Khadr at Guantanamo Bay violated international law. In 2010, blogger Roger Smith responded by referring to Baglow online as “one of the Taliban’s more vocal supporters.” Baglow sued Smith for defamation. The Ontario Superior Court found that Mr. Smith’s statement was not defamatory. In making this ruling, the Court drew an important distinction between the threshold for what is legally “defamatory” in political discussions in traditional forms of media such as print or television, on the one hand, and the blogosphere on the other. The Court in Baglow found that the threshold in the blogosphere must be higher because it is a place where readers expect to encounter disrespectful comments and visceral rejoinders. Baglow was initially decided by summary judgment, a special procedure that allows judges to quickly dispose of cases that do not require the rigours of a full trial such as discovery, testimony and examinations. However, the Baglow summary judgment decision was overturned on appeal, meaning that the case will eventually be subject to a full trial. Until then, the issues in question remain unresolved by the courts.

To succeed in a defamation claim, a plaintiff who feels his or her reputation has been harmed must satisfy three requirements: first, show that the defendant's statements were published to a third person; second, that the statements refer to the plaintiff; and third, that they are actually legally “defamatory”. The legal term “defamation” means any written, printed or spoken words which tend to lower a person in the estimation of others or causes such person to be shunned, avoided or exposed to hatred, contempt or ridicule in the eyes of a metaphorical “reasonable” or “right-thinking person” who takes words at their ordinary meaning and has no unique or special knowledge of the facts. However, given that different media publications have their own unique reader/viewership bases, Canadian courts have developed a reader-specific question, namely: “what would the ‘ordinary reader’ of this specific publication think?”

At its core, defamation law is about the legal balance between the right to free expression and protection of the individual’s reputation. The Supreme Court of Canada has said that “an individual’s reputation is not to be treated as regrettable but unavoidable road kill on the highway of public controversy, but nor should an overly solicitous regard for personal reputation be permitted to “chill” freewheeling debate on matters of public interest.” Baglow, with its emphasis on robust debate, suggests that free expression is gaining the ascendency in Canadian courts. From one perspective, this is an affirmation of Canadians’ commitment to democratic principles – a free press and vibrant marketplace of ideas is, after all, essential to the maintenance of a true and viable democracy. The Superior Court’s decision in Baglow, if maintained at trial, recognizes this point and holds that since we are more interconnected and media-savvy than ever before, our ability to discern defamation from mere hyperbole or jest is more developed. However, we should ask ourselves whether the corresponding wane in judicial protection of the individual’s reputation is advisable at a time when political reporting is also increasingly lurid and vitriolic. Online media, and specifically bloggers, are quickly overtaking the so-called “mainstream” outlets in their ability to break stories and influence opinion. At the same time, bloggers are increasingly partisan in an effort to win readers and notoriety in a competitive marketplace. In this climate, the Superior Court’s endorsement of more permissive standards for bloggers may shake the mainstream media’s commitment to traditional journalistic practices and dispassionate reporting at a time when they are more necessary than ever. As it stands, Baglow leaves several important questions unanswered. It’s hard to tell whether the Baglow summary judgement decision is correct in ruling that the “ordinary readers” of political blogs truly accept such discourteous conduct and heated comebacks as part of the debate. Moreover, the summary judgment and appeal rulings only address “political” blogs, but this qualification leads to yet another intriguing question, namely, how does one define what makes any given issue or news source “political”? There are also practical concerns: the higher threshold for online defamation posited by Baglow is much more defendant-friendly, and would force plaintiffs to spend more time and money at trial in order to prove that an online publication was legally damaging to their reputation. However Baglow is ultimately decided, the case will inform Canadians’ understanding of the legal limits upon the media, technology, freedom and democracy in Canada. Political blogs are now a regular feature of the Canadian media landscape and will only increase in importance. We are all online, and as such, the Baglow decision will affect us all. Mark A.B. Donald is a Student-At-Law at Thornton Grout Finnigan LLP Grant Buckler is a freelance journalist based in Kingston, ON, and member of CJFE's Canadian Issues Committee
Free Expression: Canada Defamation and Libel type-feature type-blog_entry Free Expression and the Law
Do you like this page?
Tweet