Canada Must Speak out on Human Rights in Iran 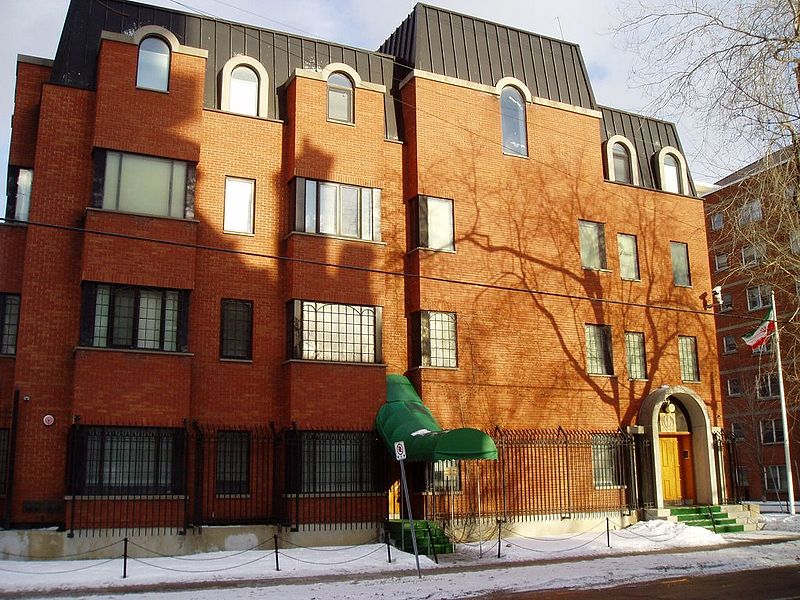 The Iranian embassy in Ottawa, Ontario, Canada before its 2012 closure. Image: Wikimedia Commons

CJFE is gravely concerned by the escalating death toll and mass arrests reported at pro-democracy protests in Iran. The demonstrations began in the final weeks of 2017 and are rooted in outrage over questions of economic stagnation, democratic representation, wealth and power inequality, the rights of women and Iran’s foreign policy.  We believe that Canada has a crucial role to play in this situation and that the government of Canada must work to promote an end to the crackdown while promoting free expression and democracy through all available diplomatic channels.  We also believe the Prime Minister of Canada has a responsibility to use his voice to promote democracy while calling on like-minded countries to do the same.

Sign the petition: Tell Trudeau to Speak Out for Human Rights in Iran

Some world leaders have issued statements which ostensibly support the Iranian demonstrators, but do so solely for reasons of personal strategic interest.  This does a disservice to those demonstrating in the streets and is hypocritical when coming from leaders who themselves preside over, or are party to rights abuses and the suppression of dissent in their own countries. Insensitive or inflammatory discourse in the international community runs the real risk of intensifying the ongoing crackdown and harming both Iran and the global community.

Canada can be the right messenger to encourage the government of Hassan Rouhani to end the crackdown. Canada must use its voice to promote a dialogue which centers the democratic rights of the Iranian people. While Canada chose to end diplomatic relations with Iran in 2012, this dialogue can be achieved through our contacts in the Italian Embassy in Tehran and through mutual friends in the United Nations.

As Canada initiates an urgent diplomatic effort,  it is important for the Prime Minister of Canada to issue a personal statement condemning the lethal crackdown on dissent, expressing support for the right to free expression for the Iranian people and calling on like-minded world leaders to do what they can to bring a peaceful and just end to this unrest.

A copy of this letter was sent to Prime Minister Justin Trudeau and Minister of Foreign Affairs, Chrystia Freeland.