Canadian Resource Companies Must Be Accountable for International Abuses 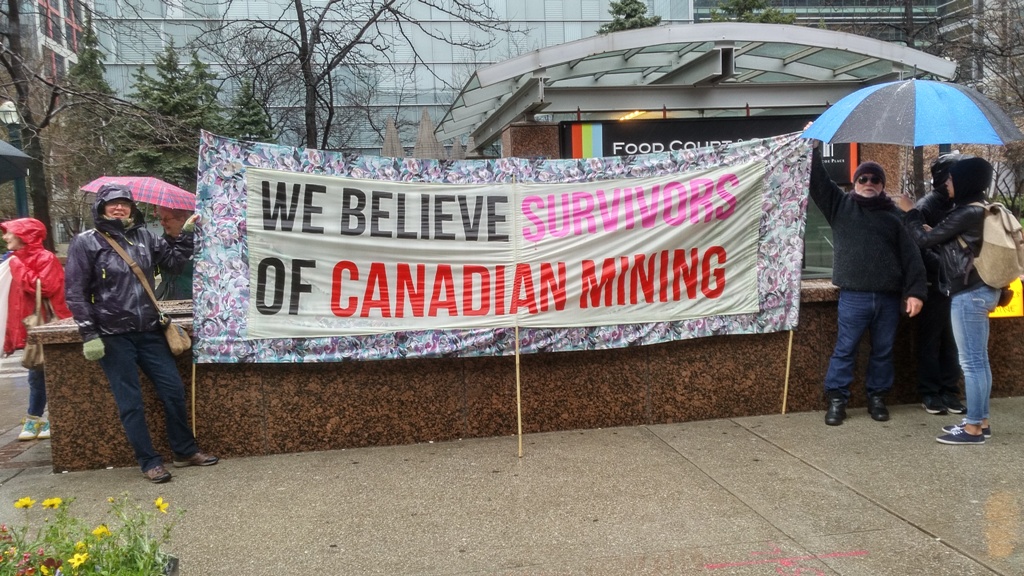 CJFE has joined over 50 civil society organizations in calling on the Government of Canada to ensure that people harmed by the overseas operations of Canadian mining, oil and gas companies are able to access justice in Canada.

Canada is home to more than half of the world’s mining companies, with active projects in more than 100 countries. Environmental damage and human rights violations, including forced displacement and failure to respect the right of Indigenous peoples to free, prior and informed consent, violation of women’s rights and violation of children’s rights, have been associated with many of these projects. Those who are harmed often have nowhere to seek effective redress.

Journalists who attempt to report on these violations are often targeted as well. CJFE expressed concern with recent reports that journalists in Tanzania faced persecution for reporting on mines operated by Acacia Mining, a Barrick Gold majority-owned subsidiary. If journalists attempting to report on abusive actions are intimidated and threatened, these stories will not be heard and the abuses will continue with impunity.

Given the existing international accountability gap, we ask the Government of Canada to take the following measures to ensure that those who are negatively affected by these operations can seek remedy in Canada:

1. Create a human rights Ombudsperson for the international extractive sector, which is independent, impartial and empowered to investigate (including using gender-based analysis), report publicly and make recommendations to companies and to the government;

2. Facilitate access to Canadian courts for people who have been seriously harmed by the international operations of Canadian companies, especially marginalized groups such as Indigenous peoples and women, who tend to face greater barriers in accessing justice.

The Canadian Network on Corporate Accountability (CNCA) has drafted model legislation to create an extractive-sector ombudsperson. The Canadian government should work with the CNCA to help ensure that Canadian mining, oil and gas companies live up to international human rights, labour and environmental standards, including those outlined in the United Nations Guiding Principles on Business and Human Rights.

A copy of this letter was sent to the Honourable François-Philippe Champagne, Minister of International Trade.