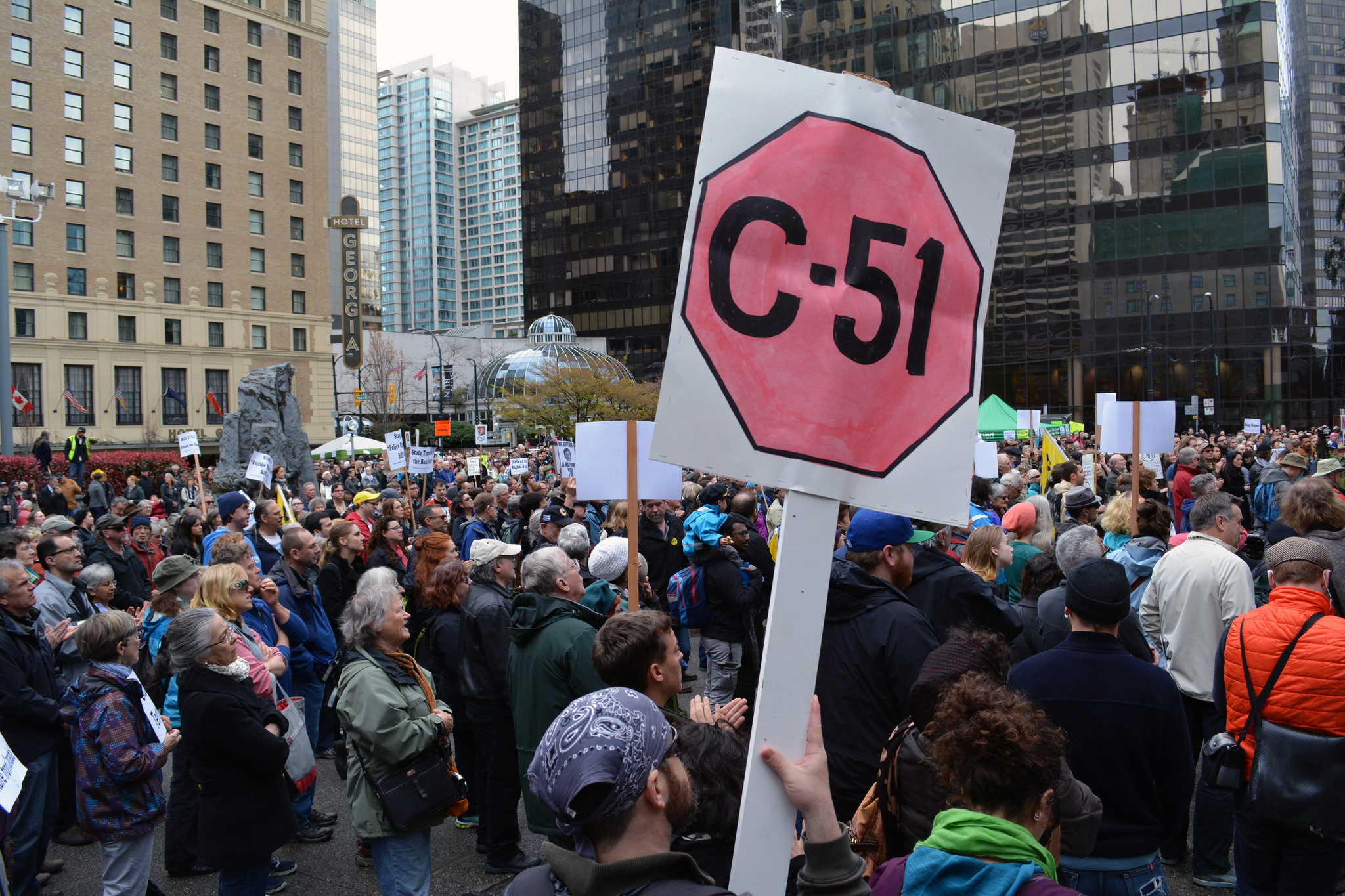 The Liberal government has agreed to public consultation before committing to any changes to the controversial Bill C-51. “If the consultation leads to a broader set of action items, obviously we would be guided by what that consultation tells us,” said Public Safety Minister Ralph Goodale.

After a year of campaigning against the dangerous aspects of this overly broad legislation, including issuing a Charter challenge and launching the new #MyPrivacy campaign, CJFE is encouraged by this new willingness to be open about the problematic elements of Bill C-51. Over 300,000 Canadians and experts have directly asked the Canadian government for public consultation over Bill C-51, which had previously been denied. We thank everyone who has supported these campaigns to protect our rights and continued to keep Bill C-51 in the national spotlight.

“No legislation has had more of an impact on free expression and civil liberties in recent history than C-51,” says Tom Henheffer, CJFE’s Executive Director. “It is dangerously overbroad, unjustifiably encroaches on the rights of Canadians, and needs to be scrapped or dramatically amended. To do so properly and transparently, our new government must engage in robust dialogue with Canadians, experts and civil society organizations.”

CJFE believes a national conversation that respects and includes the interests of Canadian citizens is necessary. We eagerly welcome this new dialogue, and are glad the government agrees: “The subject matter is large, it’s complex, the solutions aren’t particularly easy to achieve. But our whole point in having consultations is to listen to what we hear,” Goodale stated. “And if the messages indicate that something more needs to be done, obviously we would try to pursue that.”

CJFE continues our call for amendments to five key components of Bill C-51 that unjustifiably violate the Canadian Charter of Rights and Freedoms:

2)    The Immigration and Refugee Protection Act

3)    The Criminal Code with respect to “advocating or promoting terrorism”

We join the concerned citizens who call for openness and the protection of our rights, and we are optimistic that the government will transparently conduct public consultations with Canadians nationwide.

While hundreds of thousands have already spoken out, now is the time to keep the momentum going. Join the conversation with our online photobooth tool and let Prime Minister Trudeau know that you stand against the digital surveillance powers that Bill C-51 allows. Let’s talk about Bill C-51, Canada.