Catching Up with a Brazilian Journalist and Scotiabank/CJFE Fellow 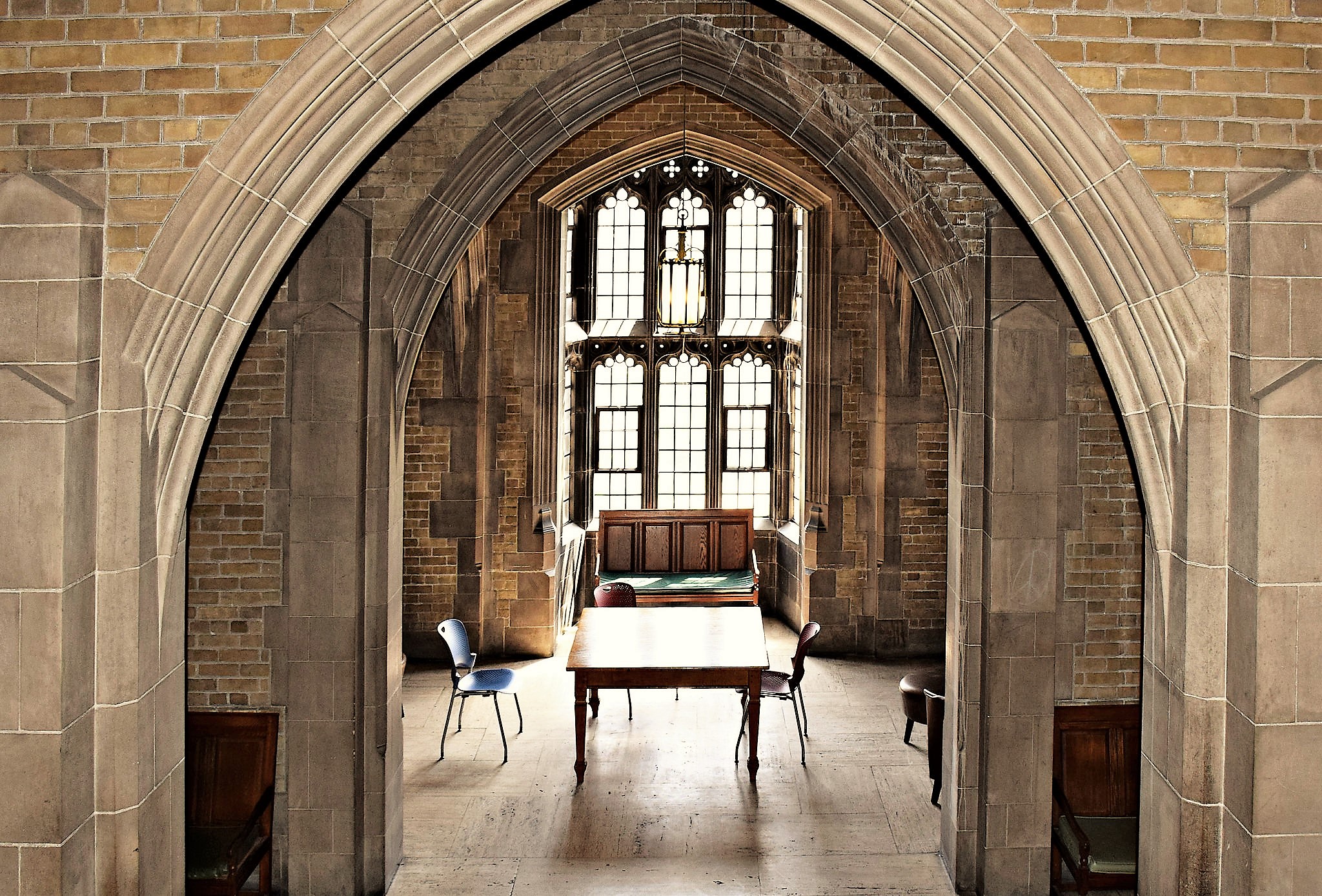 It’s been more than a year since Luiz Hidalgo Nuñes Jr. began his Scotiabank/CJFE Journalism Fellowship at the University of Toronto’s Massey College. Luiz—a freelance journalist from São Paulo with more than a decade of experience in television, magazine, newspapers and web journalism—spent eight months taking courses about criminology, economics, global affairs, literature and French.

Now back in Brazil, Luiz has returned to freelance reporting and independent projects. We caught up with him to reflect on his overall Fellowship experience in Toronto, his return to work in Brazil, and his plans for the future.

So Luiz, how did the Journalism Fellowship go?

I have to use an old cliché: it was the experience of a lifetime. It was great to take some time off my regular work to reevaluate everything—my career, my work, my professional choices and also myself. And it was a great time; I had the opportunity to enjoy a lot—meeting thousands of new people and learning every day. It brought me a tremendous amount of personal growth, not to mention a new background that will have an impact on my life forever.

Do you have any favourite memories from your Fellowship? Any bad or challenging memories?

Among my favourite memories are the weekly meetings with the other fellows (whom I miss a lot—all of them became very dear friends to me), long walks through Toronto and the three trips we took to Cuba, Berlin and Helsinki. We spent a few days in Saint Petersburg as well. They were amazing visits full of knowledge, history and experiences.

There are a number of challenging memories as well, especially in the beginning—but I always reminded myself, “Hey, there are a lot of things for me to do here!” I also got lonely around Christmas, but I know it is just part of the experience.

In the end, I was even the editor of an English newspaper called The Owl, the annual publication by Massey College’s journalism fellows!

How did you enjoy Toronto?

Toronto is a great, great city! In the beginning it took me a while to realize its pace, which is very different from the slower, smaller São Paulo…But it all attracted me—the different neighborhoods, people from all over the world, thousands of restaurants and so on.

It was also the first time I had ever experienced all four seasons. In Brazil, I usually joke that we only have “summer” and “warmer summer.” We definitely don’t see leaves changing colour in the fall, not to mention snow in winter! I took a lot of pictures and it’s definitely a place I want to visit again.

I still haven’t mastered my French, though.

Any thoughts on press freedom in Canada?

Before arriving in Toronto, I was a bit afraid of what type of press freedom I would find. From what I had read, I thought Canada had a lot of rules about what could and couldn’t be reported. It turned out to be much better than I expected; I found the approach to journalism and the reaction to topics of public interest very different and more open than in Brazil.

As we went through the 2015 federal election, there was open criticism about the previous majority government, there were no significant taboo subjects, and I didn’t see any attempts to prevent journalists from working or reporting on certain issues. This is very different from Brazil, which I have written about.

On the other hand, it was with surprise that I learned about the Montreal police’s surveillance of journalists. Since the warrants allowed police to legally spy on journalists...are there no limits? From my time in Canada, I dare to say this was for me a huge blow to the understanding I had of press freedom in the country. This is something that I see happening and (sadly) would expect here in Brazil—not in Canada. 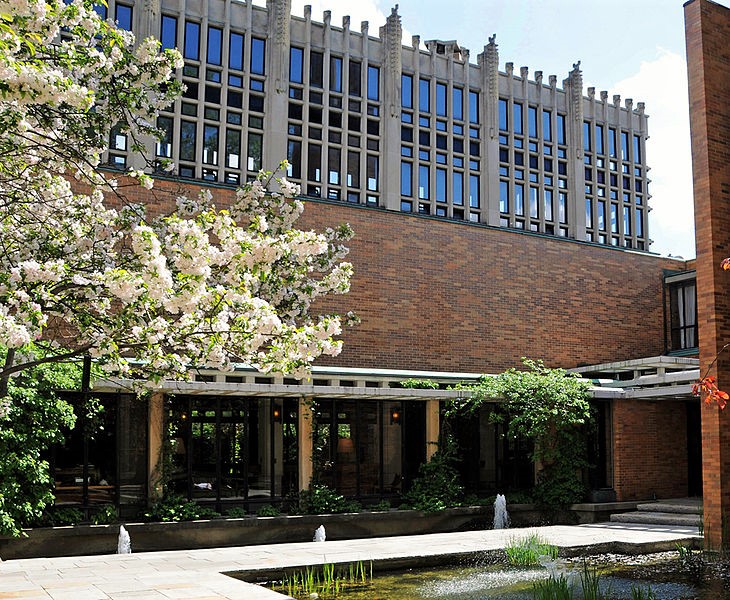 Massey College at the University of Toronto. CC BY | Schwerin G.

What is it like being back in Brazil after eight months at school in Toronto?

It’s been…harsh. Brazil has been experiencing a huge political and economic crisis over the past year, which culminated in Dilma Roussef’s impeachment and polarized the country. And everything is still quite a mess here, with very high unemployment and inflation, verbal and physical attacks, and threats to freedom. I recently watched a judge authorize methods of torture in order to force students to vacate schools when they occupied buildings all over the country to protest against proposed neoliberal educational reforms.

When it comes to journalism in Brazil, I’ve watched as many professionals—including friends and colleagues—have been fired for no other reason than money. In many cases, new positions are then offered at lower salaries. Journalists are treated as if they are not professionals but just a necessary evil. It is very tough.

In the middle of it all, my father also passed away. It was good that I was able to return before he left, but at the same time it was very hard. But I’m trying to get along.

Has your perspective or approach to journalism changed at all?

Yes, definitely. I dare to say that I have become much more critical of journalism, and of the journalism practiced here in Brazil. After all that I have learned, I often come across a story or even a simple headline and think: “What’s the point?” A few days ago I somehow managed to get angry over headlines I read on Twitter—and it wasn’t even 8:00 in the morning!

But I also think that I’m spoiled now. I was already somewhat critical of journalism and have only become more critical (if that’s possible). The Internet is a huge gift but I think the need for real-time news all the time has really decreased the quality of journalism. As hard as it can be, not all stories are meant to be told.

What are you working on right now?

My main work right now is the development of a news website. I’ve been focusing on the website design to see if and how it will work, the number of published pieces a week that will make it productive and popular, etc. The focus of the stories will be jobs, work and unemployment. In the meantime, I’ve been doing some projects with a friend and a few stories as a freelancer.

Where do you hope to take your journalism career in the future?

Around the world. Seriously. I’ve been thinking about it lately and it seems like an impossible dream…but what if I could do with journalism something similar to a tourism publication? I would love to visit different places and learn about the way journalism is done there, what to avoid reading or watching, and so on. It’s a dream, but I’m allowed it.

I’m also thinking about going abroad again to study a little bit more. The Scotiabank/CJFE Fellowship made me feel like learning more and more—new subjects, new possibilities. If I didn’t have that type of spirit I probably wouldn’t have become a journalist in the first place.

But as a simple and more straightforward answer: I hope my career allows me to accomplish things that I will be proud of when I look back on my life. Despite all the obstacles here in Brazil right now, I am already proud of myself. I hope that will not end.

Do you have any advice for future Scotiabank/CJFE Journalism Fellows—or aspiring journalists in general?

To the future Scotiabank/CJFE Journalism Fellows: ENJOY! Come with your mind open and don’t be afraid to try new things, talk to new people and study unexpected subjects. I didn’t only learn in Toronto classrooms. Try to make the most out of those eight months. Sometimes I think that I should have made more of mine…So, enjoy the experience. I’ve been through it but I’ll be jealous anyway.

And to aspiring journalists, try it out! Don’t be afraid. Depending on where you live and work, it won’t be an easy task but if you feel it is your vocation, pursue it. With all the highs and lows I’ve been through in my career, I can still easily remember moments when people thanked me for reports I published and the sensation that I was able to make their lives better. Those moments are worth anything—the stress, the exhaustion, the hours on the go. Journalism is more than a career; it’s an addiction, and completely worth it.