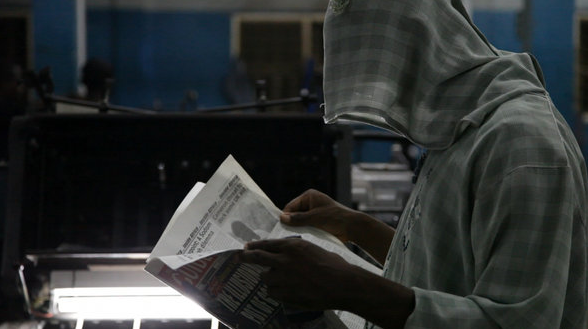 CJFE is proud to co-present a screening of Chameleon, an exciting documentary about Ghana’s most famed investigative reporter.

Learn how you can win free tickets below!

Ghana’s most notorious journalist is more than just a reporter. Anas Aremeyaw Anas is a crime fighter who uses his journalistic skills to bust corruption and a modern day folk hero who keeps his identity hidden from the public. Using the art of disguise to infiltrate Africa’s criminal underworld, Anas goes undercover. The characters he poses as include a sheik, a woman, a janitor and a rock, among many others. A true thriller, Chameleonreveals a side of Africa that is rarely seen: tabloid journalism, surveillance and high-speed car chases. Filmmaker Ryan Mullins’ complex and revealing portrait of Anas will make you question whether he’s a journalist or a vigilante and wonder how far he’s willing to go to uncover the truth.

Learn more about the screening and buy tickets here.