Charges against journalists covering inaguration protests must be dropped 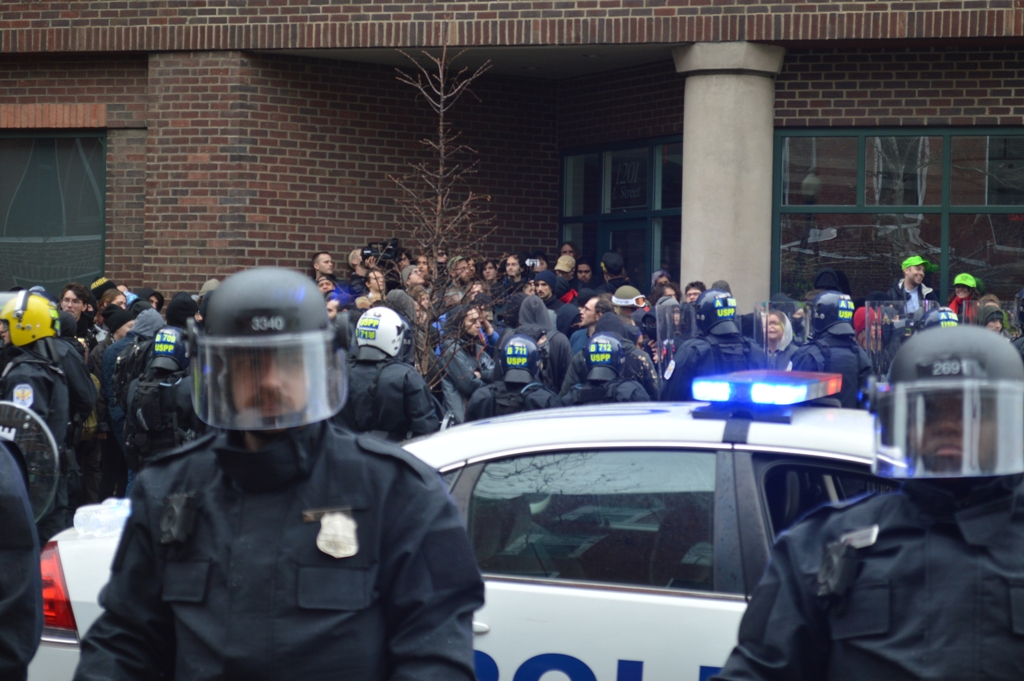 The following joint letter was sent by CJFE and Reporters Without Borders (RSF) to the Mayor of Washington D.C., Murial Bowser, and Chief of the Criminal Division, United States Attorney's Office, Jonathan Malis.

We condemn in the strongest possible terms the arrest, detainment and felony riot charges against six journalists covering the protests in Washington DC surrounding Donald Trump’s inauguration as President of the United States. Those arrested and charged include Jack Keller, a documentary producer, Matt Hopard, an independent journalist, Shay Horse, a photojournalist, Aaron Cantú, a freelance journalist, Evan Engel of Vocativ and Alex Rubinstein of RT America. The felony charges are the most serious level of offense under the District of Columbia’s law against rioting, and carry a penalty of up to 10 years in prison and fines of up to $25,000.

Thousands of protestors took part in mostly peaceful demonstrations in Washington DC for inauguration day. On the morning of January 20, National Park Police surrounded and corralled with riot shields a group of anti-capitalist protestors, dubbed #DisruptJ20, at the intersection of 12th and L St NW, using a maneuver known as ‘kettling.’ Among this group were lawyers acting as observers and members of the press. Police reportedly used pepper spray, tear gas and flash grenades, and reportedly arrested roughly 230 people, including the six journalists, despite claims from Engel and Rubinstein that they repeatedly showed police their media credentials.

Mass arrest about to happen of black bloc at 12&L st NW. #disruptj20 lieutenant confirms everyone is being arrested including lawyers, press pic.twitter.com/asanLhiBgo

The legal action taken against these journalists is extremely worrisome and could induce a chill on free expression in the United States, particularly with regards to media reporting on public demonstrations. During periods of social unrest, journalists play a crucial role as observers and disseminators of up-to-date news on these public interest issues, and thus must be allowed freedom to conduct their work. It is unacceptable that journalists have been charged with felony rioting simply for doing their job.

Vocativ and I are fighting these charges and I’ll have more to share as soon as the legal process has run its course. Thanks all!

We urge authorities in the District of Columbia to drop all charges against the six journalists and to respect the basic freedom of journalists to report on public interest protests. Police should also return all phones and equipment seized during the arrests. CJFE further asks that police officials provide increased clarity and guidelines on interactions between journalists and security forces during coverage of protests.