Citizen journalists and open courts keep the public in the know 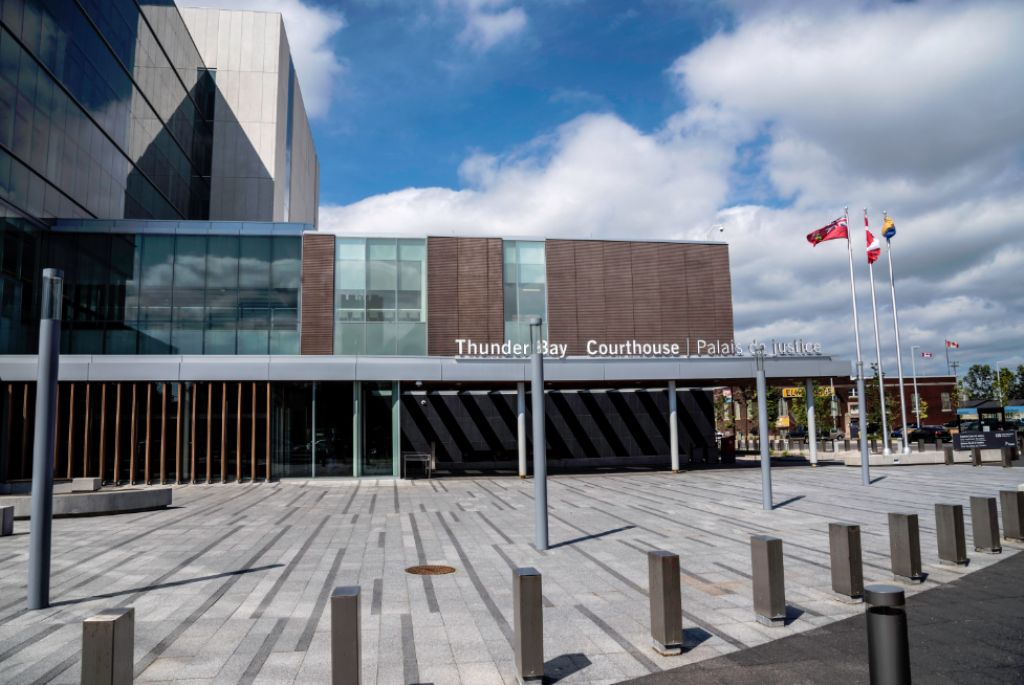 A decade ago, people wondered if any of the routine work of traditional media could be duplicated by citizen journalists. I was one of the skeptics who believed people would not show up on their own time, and on their own dime, to do the basics of community coverage: reporting fairly and honestly on courts, city halls, community events and the rest.

I’m still a skeptic. Reporting is real work, much harder than simply writing commentary on issues that are already in the public sphere. And, since the decline of newspapers began accelerating in the early 1990s, we’ve seen only a few real citizen journalists come forward to fill the coverage gap. More and more important information is never being reported on paper or online.

About seven years ago, city politics in Ottawa was shaken up by two anonymous bloggers, “Zeromeanszero” (a reference to a tax freeze pledge by then-mayor Larry O’Brien) and CityHoller. These blogs are gone, and their author(s)’ identity is still a mystery.

At the federal level, we had the blogger BucketsofGrewal, who parsed out the now-obscure mini-scandal involving then-Conservative MP Germant Grewal, who supposedly hoped to leverage a place in Paul Martin’s cabinet by crossing the floor. “Buckets” was a one-issue blogger who, after a stint as a Wikipedia administrator, appears to have disappeared, probably into academia.

But these citizen journalists have been the exception. Much of the new digital media—organizations like iPolitics, The Rebel, Blacklocks Reporter and Queen’s Park Today—are start-ups created by people who had already spent years reporting in print or on television. Real reporting by interested citizens has been rare.

This is especially true when it comes to court coverage. Following cases through the legal system and reporting accurately on them is demanding work that requires care and concentration. There are so many ways to get into trouble. The use of a fact pulled off the Internet and included as background in a story can cascade into a mistrial if, say, that fact has not already been put in front of a jury. A reporter who shows up late to a hearing may miss an announcement of a publication ban on part of the evidence or the identity of a witness.

In Thunder Bay, Ontario, anonymous citizen journalists are covering the courts and posting their material on the Thunder Bay Courthouse – Inside Edition page on Facebook. There’s been some hostile reaction to their work, which centres on covering salacious cases, usually involving sexual assault. The creators of the page spice up their law-and-order take on Thunder Bay cases with stories from media in other parts of the country.

Thunder Bay is a town with serious economic problems, racial tension between the substantial minority of Indigenous people who live in the city and the White majority, a fractured city administration and an almost non-existent local media community. These problems have generated a number of stories that have created controversy in that city of 100,000.

At the same time, the page is quite popular, and even some members of the city’s legal community have no objection with the writers being there.

The writers of the Thunder Bay Courthouse – Inside Edition page have drawn criticism from at least one journalism academic in a rather loaded radio interview. The interviewer is Jody Porter, a CBC reporter whose beat includes courts and public inquiries, including a recent probe of the deaths of young Indigenous people. The interviewee is Lisa Taylor, a lawyer who teaches journalism at Ryerson University.

Taylor makes interesting points, but many of them are easily rebutted. Yes, citizen journalists can make mistakes. So do traditional media court reporters. Legal education in Canadian journalism schools is beyond abysmal. Most schools teach the basics of defamation law, but journalism school grads often go into courtrooms utterly untrained in the elements of criminal offences, rules of procedure and evidence, and other important aspects of law.

Those few reporters who still cover courts are overworked and often bop from courtroom to courtroom looking for one or two, or even more, interesting cases to cover each day. It’s very easy for them to make the mistakes that Taylor fears the bloggers are prone to, especially accidental breaches of court orders.

That’s a risk the Thunder Bay people will have to take. The courts are open. Section 2 of the Charter of Rights and Freedoms, buttressed by several Supreme Court cases (especially the 1994 case of Dagenais v Canadian Broadcasting Corporation) guarantee access by journalists—or anyone else—unless there are compelling reasons to deny it.

The Facebook page writers have also faced what can only be called intimidation by Thunder Bay court staffers who warned them that some court dockets may contain information that should not be published. This is something of an empty threat. Court dockets are public documents. They are posted in public places in the courthouse and sometimes online. There is no point in having open courts if there’s no way to know what cases are being heard. And causes of action can be amended to use initials and other non-identifying information in cases involving minors, victims of sexual assault and others whose identities should be protected.

Interestingly, the supposed problems with the Thunder Bay Courthouse – Inside Edition page have been hypothetical, at least so far. The page may be embarrassing to litigants and coverage may well be slanted, but judges have a very full tool kit to deal with outrageous behaviour and contempt of court. Courts are already getting used to dealing with “amateurs” in the courtroom as the cost of justice leaves more people choosing, or stuck with, representing themselves.

The writers of the page have as much right to be in the courtrooms as anyone else. For their own sake, they should report on cases with great care and take the work seriously. If they don’t, they accept some risks. But that’s their choice.

Open courts are one of the foundations of the public’s right to know. The concept is ancient, predating open legislatures by hundreds of years. Open courts are part of the fabric that shields accused people from arbitrary state power. They need to be protected from court bureaucrats, reporters who don’t like amateurs, and journalism teachers who are troubled by hypotheticals.