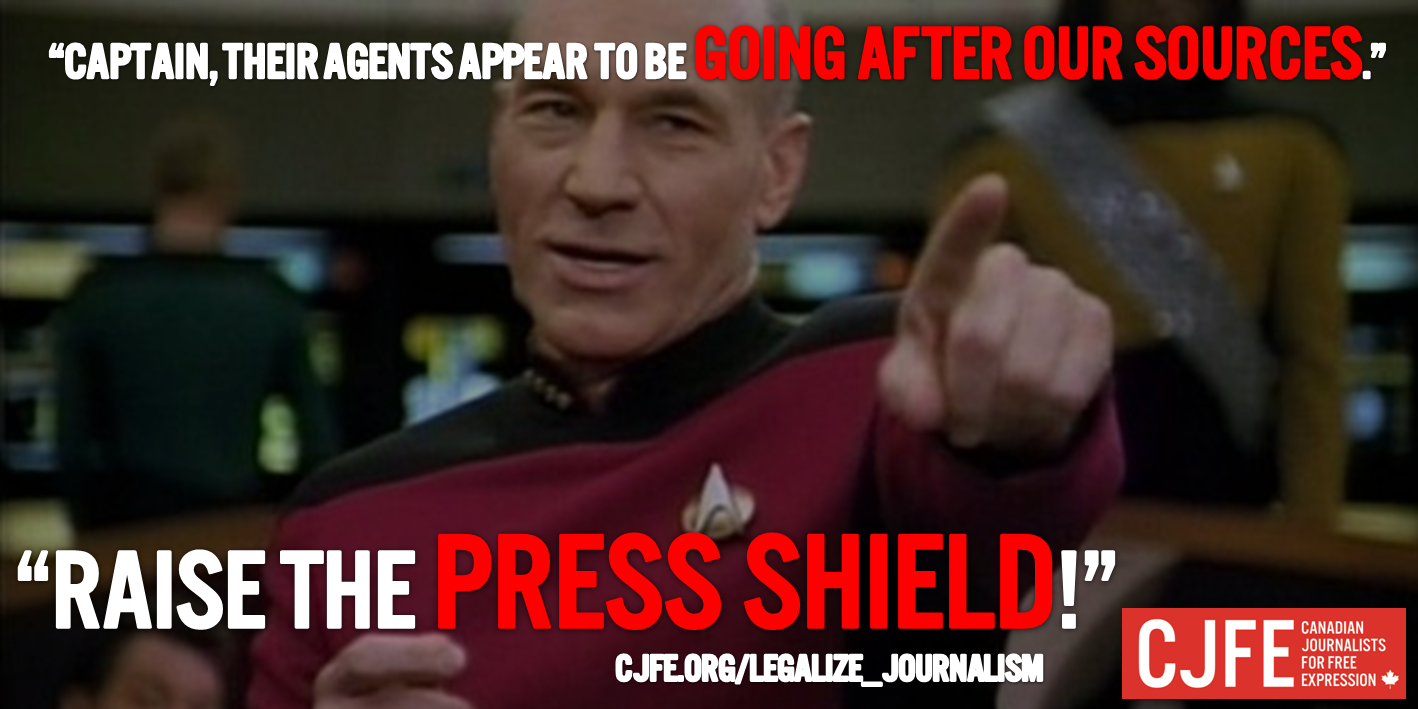 The Journalistic Sources Protection Act is a huge step forward for press freedom in Canada.

CJFE applauds the Liberal government for formally endorsing the Journalistic Sources Protection Act, or Bill S-231. The bill, which expands legal protections for journalists and their confidential sources, has already been approved by the Senate. With the Liberals’ support, it should pass through the House of Commons to become the country’s first journalistic shield law–a massive step forward for press freedom in Canada.

Bill S-231 was first introduced last November, following appalling revelations that Montreal police had obtained warrants to track La Presse journalist Patrick Lagace’s phone, as well as the phone calls of seven other journalists. If passed, the bill would amend the Criminal Code so that only high-court judges could endorse search warrants against journalists, subject to strict proportionality and public interest thresholds. It would also amend the Canada Evidence Act to allow journalists to not disclose identifying information about an anonymous source.

Canada needs this bill now more than ever. In addition to the reports of Quebec police spying, no fewer than five Canadian journalists have been arrested this past year. Vice News’ Ben Makuch continues to fight a court ruling forcing him to hand over communications with a source to the RCMP. Justin Brake of The Independent faces up to 10 years in prison for reporting on a protest. Just this past May, photographer David Ritchie and Global News videographer Jeremy Cohn were arrested by Hamilton Police Services for their coverage of a pedestrian collision. It’s not difficult to see why Canada ranked 22nd on this year’s Reporters Without Borders’ World Press Freedom Index–four places down from last year.

According to Conservative Senator Claude Carignan, who authored the bill, amendments to the bill are to be purely technical, geared to ensuring the protection of national security investigations

CJFE commends Liberal support for Bill S-231. It is a promising, concrete follow-up to Prime Minister Justin Trudeau’s previous lip service to the importance of free press in Canada. We call on the Liberals to endorse the bill in its existing form. If amendments must be made, they should only strengthen the bill’s protections of journalists, their sources, and, by extension, a free and functional Canadian press.