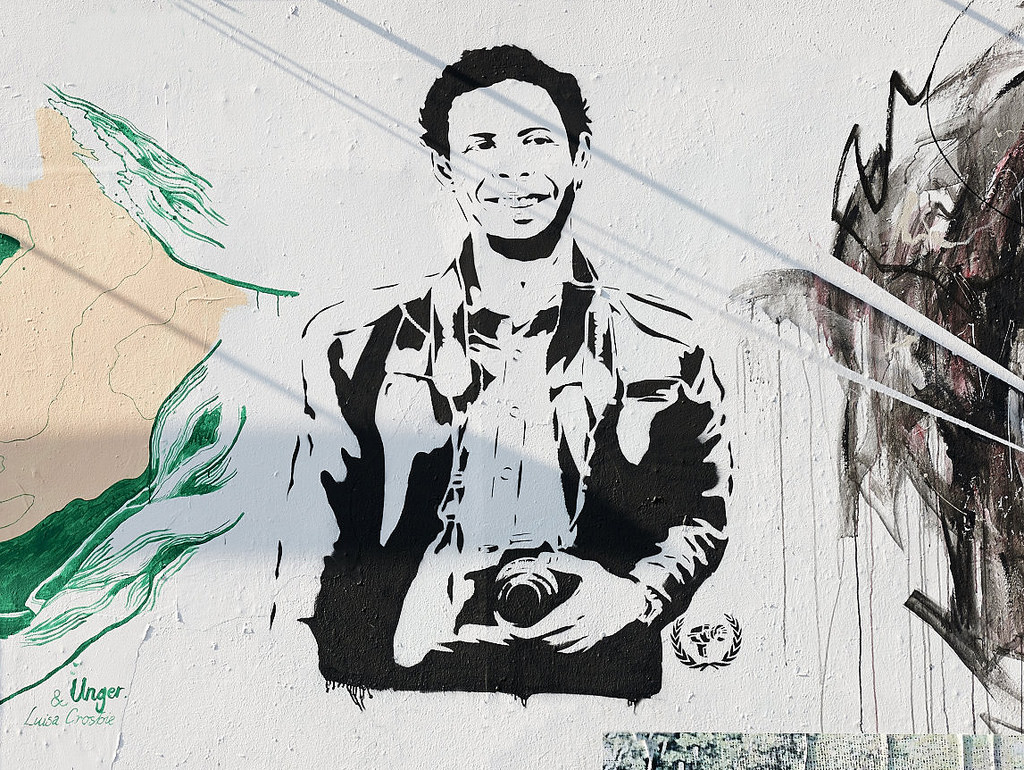 CJFE calls for the immediate release of Rami Jarrah, a Syrian citizen journalist and co-founder of ANA Press, an independent citizen press group. Jarrah was arrested on 16 February, 2016, in the Turkish city of Gaziantep; details on his detainment are currently unavailable, and no charges have been announced.

Jarrah’s work in journalism began in early 2011 when he attended and filmed Syrian demonstrations inspired by the early Arab Spring protests in Tunisia and Egypt. His reports reached a wide international audience, despite attempts to block information in Syria. Jarrah frequently used the alias Alexander Page to protect his identity, but it was later compromised which forced him to flee the country with his family. Syrian journalists like Jarrah have been turning to countries like Turkey for safe refuge.

Jarrah’s ANA Press supports a network of journalists in Syria and provides much needed media training and equipment. They produce honest and open accounts of citizens on the front lines in Syria, and members have provided important footage to many reputable international media organizations. ANA Press continues to grow, adding an investigative journalism team and a radio station named Voice of Damascus. Jarrah is also working on a documentary film on the lives of Syrians under attack by the regime, spotlighting voices not heard in the mainstream media. Jarrah was awarded CJFE’s International Press Freedom Award in 2011 for his work in the public interest.

CJFE expresses solidarity with all of the media workers working in Turkey, including Jarrah and others imprisoned in the country. Courageous journalists such as Jarrah are integral in maintaining an independent and free media, and should be protected from unjustified arrests and detention. CJFE calls on Turkish authorities to drop all charges against Jarrah and facilitate his immediate release.

This letter of concern was sent to His Excellency Recep Tayyip Erdoğan, President of the Republic of Turkey.