CJFE calls on Croatia to ensure justice for Dušan Miljuš 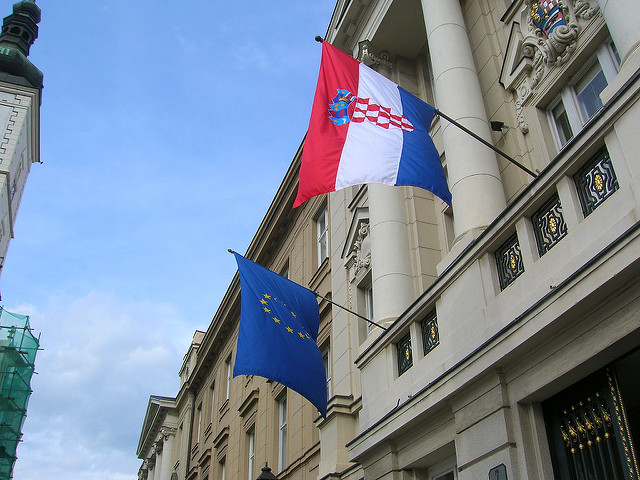 CJFE is deeply concerned about the state of impunity that continues to exist for the perpetrators of attacks against journalists in Croatia. The brutal assault on investigative journalist Dušan Miljuš, nearly a decade ago, remains unsolved and the civil rights group pursuing it, the Partnership for Social Development, is concerned that trying to reopen this attempted murder case could be a provocation that would further endanger the journalist.

On June 2, 2008, two men assaulted Miljuš with metal bats near his house in Zagreb. The attackers fled after an onlooker intervened, but he still suffered a concussion, broken arm and injuries to his face. His injuries prevented him from testifying at a trial that was scheduled two days later and dealt with political malfeasance. His family also received death threats, warning them that Miljuš should stop reporting.

Over the course of a 20-year career, Miljuš reported frequently on corruption and organized crime, including issues around Knežija, a powerful criminal organization that may have ties in government and law enforcement. It is well documented that journalists who cover organized crime, corruption and war crimes have been at greater risk of harassment and violence in Croatia; Miljuš’s reporting is believed to be the reason for his attack.

According to a report submitted to CJFE, the Croatian Security and Intelligence Agency (SOA) uncovered the identity of the perpetrators behind the assault, but after this was reported to the Ministry of the Interior Police Department, they failed to pursue an arrest. An anonymous source within the police force reported that an arrest was almost initiated but never carried out.

Although the international community has recognized the progress made in Croatia towards aligning its legal framework with the European Union countries it recently joined, the climate of impunity when journalists are attacked is a worrying indicator that free expression, and by extension democracy, is being suppressed. CJFE’s Executive Director Tom Henheffer visited Zagreb in April 2016 to participate in an emergency public conference on free speech and media censorship, and express concern about government policies and practices that undermine press freedom and the independence of media bodies—a key element in democracy. Since the election of the new Croatian government in January 2016, however, there have been several indicators of a more repressive media environment in the country.

In April 2016, the EU Human Rights Commission noted that violence against journalists continues to be a major point of concern in Croatia and that many journalists who survive grave acts of violence continue to face threats. The impunity for older cases is likely linked to the continued threat to journalists working today. Human Rights House Zagreb reported 75 incidents of violence, threats and pressure exerted on journalists in Croatia in 2015 and 2016. Since 2015, Croatia has fallen 16 spots to become 74th out of 180 countries on the 2017 World Press Freedom Index. Most recently, Freedom House noted a democratic decline in 2017 due to issues around the existence and survival of independent media or the environment in which they could succeed.

The failure of police to properly investigate the assault on Miljuš sends a message that attacks on journalists are tolerated by the authorities, and that the perpetrators will enjoy total impunity. Democracy depends upon the ability of journalists to report openly and fearlessly on matters of public interest.

CJFE urges you to do everything in your power to ensure Miljuš’ protection, and to bring to justice the people behind his assault. We call on you to:

This letter of protest was sent to Mr. Dinko Cvitan, Attorney General of Croatia

Mr. Daniel Maksymiuk, Ambassador of Canada to the Republic of Croatia

The Honourable Chrystia Freeland, Minister of Foreign Affairs of Canada

Her Excellency Marica Matković, Ambassador of the Republic of Croatia to Canada