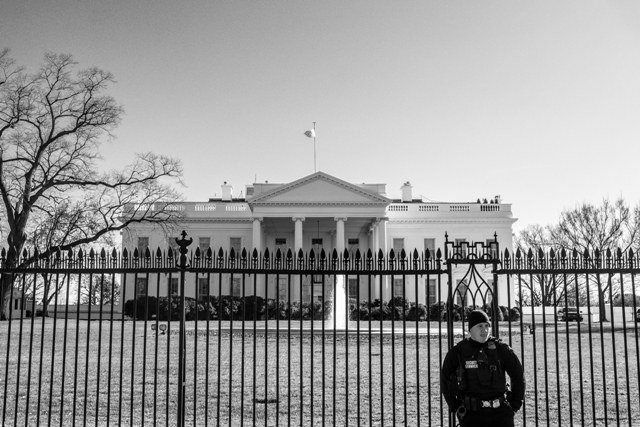 CJFE is deeply concerned by reports that American journalist Dan Heyman was recently arrested for asking questions to White House aides. On May 9, Heyman, reporting for the Public News Service, followed Health and Human Services Secretary Tom Price through a hallway in the West Virginia state capitol, asking whether domestic violence would be considered a preexisting condition under the American Health Care Act. Secretary Price, accompanied by special counsel to the president Kellyanne Conway, offered no answer, despite Heyman asking several times. Heyman was then forcibly removed and arrested by capitol police, and charged with willful disruption of state government processes, or “causing a disturbance by yelling questions at Ms. Conway and Secretary Price.” Heyman was later released on $5,000 bail.

Heyman stated in a later news conference that he had simply been doing his job, as a journalist seeking information and answers from a public representative. His baseless arrest is another flashpoint in the Trump administration’s adversarial relationship with the media, and raises further concern about the state of press freedom in the United States. From the barring of select news organizations from White House press briefings to the president himself calling the media “an enemy of the American people,” the media has been under near constant attack from the United States government this year.

This is cause for alarm for journalists and citizens alike. Authoritarianism and media suppression go hand in hand—a free and informed press provides the public with the information they need to hold their governments accountable. If reporters like Heyman cannot ask questions of their representatives freely and without fear of harassment and arrest, it is ultimately the public that loses out.

CJFE condemns this affront to press freedom and to ability of reporters to pursue and disseminate critical public interest information. CJFE calls on West Virginia authorities to immediately drop all charges against Heyman and cease unwarranted arrests of journalists. We further urge authorities to respect the rights of journalists to ask questions of government officials and work to protect press freedom in the country.

This letter of concern was sent to Patrick Morrisey, Attorney General of West Virginia