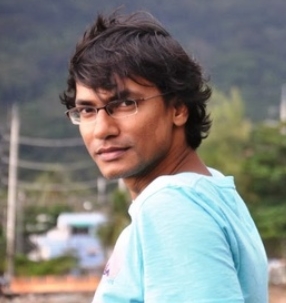 CJFE condemns in the strongest possible terms the brutal murder of Bangladeshi LGBT activist and editor Xulhaz Mannan, and his friend and colleague Tanay Mojumdar, on April 24, 2016. The Islamist terrorist group Ansar al-Islam has claimed responsibility for the murders. Mannan was the editor of Roopbaan, Bangladesh’s first and only LGBT magazine, which argued for greater acceptance and tolerance of gay, lesbian, bisexual and transgender people in Bangladeshi society. Homosexuality is illegal in Bangladesh, punishable by fines and imprisonment, and members of the LGBT community face various forms of discrimination and harassment.

These murders are the latest in an appalling litany of attacks against members of Bangladeshi civil society. In April alone four people have been murdered by Islamists because of the words they wrote and the opinions they expressed. English Professor Rezaul Karim Siddique of Rajshahi University was murdered on April 23, with the Islamist terrorist group ISIS claiming responsibility. Nazimuddin Samad, a 26-year old law student who expressed secular thoughts online, was murdered on April 6. This followed the 2015 murders of bloggers Niloy Neel , Avijit Roy, Washiqur Rahman and Ananta Bijoy Das, and publisher Faisal Arefin Dipan, all of whom spoke out against religious extremism, and had repeatedly received death threats for their work.

The state of civil society in Bangladesh grows increasingly dire with each day. In August 2015 CJFE joined an international coalition of organizations, authors and human rights activists in an open letter to the prime minister and president of Bangladesh to offer solidarity to Bangladeshi citizens under attack for professing humanist, atheist or secularist views. We repeat now the demands made in the letter: ensure the safety and security of those individuals whose lives are threatened by Islamist extremists; instruct the police to find the killers, not to harass or blame the victims; disassociate yourself publicly from those who call for death penalties against non-religious Bangladeshis; and repeal laws that target dissidents including those that criminalize “hurting religious sentiments” and damaging a “state's image.”