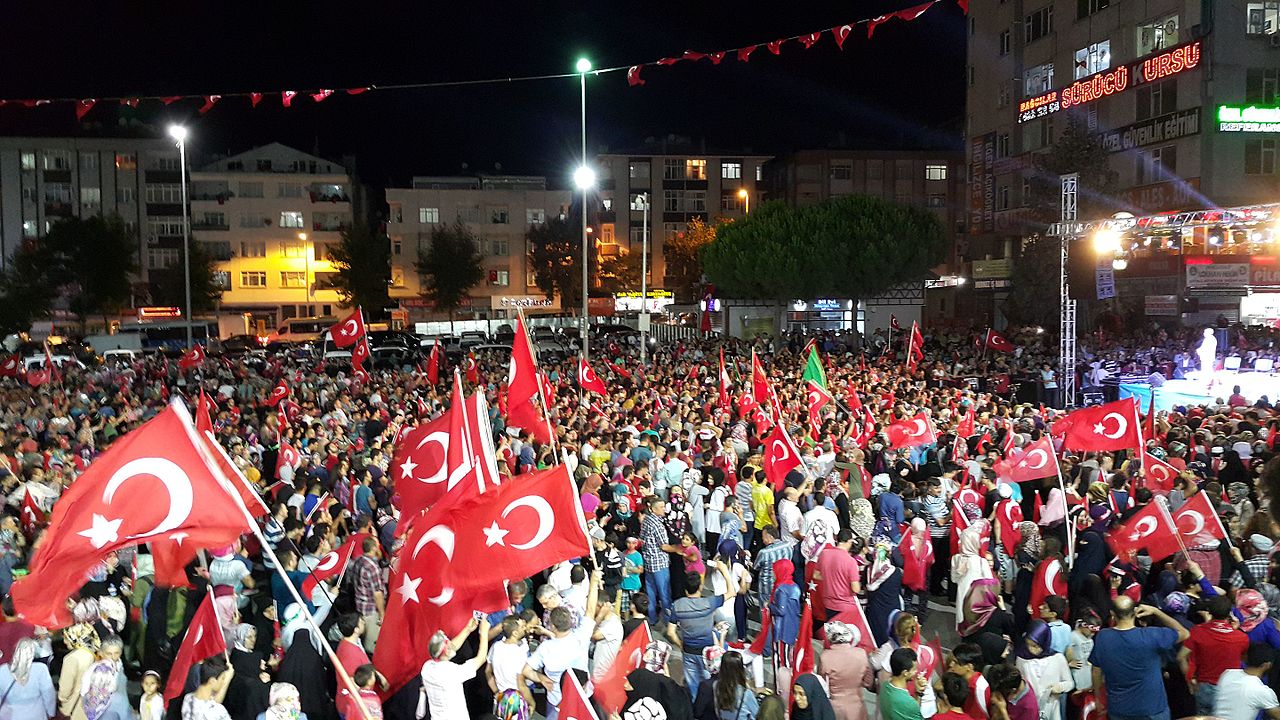 CJFE condemns in the strongest possible terms the Turkish government’s ongoing campaign of censorship, media seizure, intimidation, prosecution, imprisonment and physical assaults on journalists. We urge the government to show restraint, uphold the rule of law and respect the right of Turkish citizens to a free press and freedom of expression.

The actions of the Turkish government since the attempted coup on July 15, 2016, go far beyond an understandable and legitimate effort to bring those responsible to justice. They appear instead to be the culmination of a long-planned purge against political enemies, representing nothing less than an attempt to annihilate free and independent voices from Turkish society.

On July 27, the government ordered closed over 130 media organizations, including 45 newspapers, three news agencies, 16 television channels, 23 radio stations, 15 magazines and 29 publishers. Among these are Turkish newspaper Zaman and its English-language version Today’s Zaman, as well as Cihan News Agency, which were previously placed under the control of the government by court order. The targeted news outlets were alleged or known to have ties with Fethullah Gulen, the U.S.-based leader of the Hizmet movement, accused by President Recep Tayyip Erdoğan of orchestrating the coup attempt. These closures follow the issuance of arrest warrants for 42 journalists on July 25, with further arrest warrants issued on July 27 for 47 former employees of Zaman.

This assault on media outlets and journalists coincides with the wider purge of Turkish civil society after the failed coup, including more than 60,000 judges, soldiers, civil servants, teachers and police officers who have been arrested or suspended. Press freedom violations had been rapidly increasing in the years prior to the coup; Turkey has been one of the worst jailers of journalists in the world, and will likely exceed all other countries in this aspect this year.

Turkey ranks 151 out of 180 countries on the 2016 Reporters Without Borders Press Freedom Index, already dropping in the ranks from last year, even before the mass arrests and closures of July 2016. At this pace Turkey is certain to fall farther in next year’s rankings—stooping alongside countries known for severe press freedom violations such as Saudi Arabia, Iran and China—to rest among the world’s most repressive dictatorships. In a particularly troubling move, the Turkish government has now elected to partially withdraw from the European Convention on Human Rights in the wake of the attempted coup, opening the possibility for further human rights violations of its citizens over the next months.

CJFE urgently calls on the Turkish government to cease persecution of journalists and interference in the workings of a free media, and to ensure that all Turkish citizens are able to exercise their right to freedom of expression, as guaranteed in Article 26 of the Turkish Constitution. This letter of concern comes after multiple exchanges about press freedom abuses in Turkey, and repeated calls for the release of wrongfully detained journalists. CJFE stands in support and solidarity with pro-democracy forces in Turkey. We continue to press the Turkish government to permit media to report independently in the country without fear of unfounded persecution and censorship. The need for a robust, independent media in Turkey was bolstered by the coup attempt, not weakened.

This letter was sent to His Excellency Selçuk Ünal, Ambassador of the Republic of Turkey to Canada
CC: Mr. John Holmes, Ambassador of Canada to Turkey, Georgia, Azerbaijan and Turkmenistan
The Honourable Stéphane Dion, Canadian Minister of Foreign Affairs