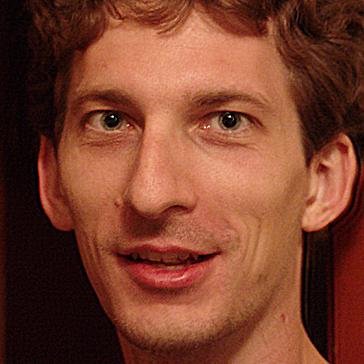 CJFE condemns the detention of Canadian scientist Robert Penner in Lalitpur District, Nepal, and is alarmed by Nepal’s decision to expel him from the country. Authorities revoked Penner’s visa for posting tweets critical of the government’s position on human rights and constitutional freedoms, an alleged violation of section 28 of Nepal's immigration law. Penner was released on May 2 after spending 26 hours in detention and was given two days to leave the country. Penner’s treatment calls into question whether or not foreigners will be permitted to enjoy free speech rights in Nepal, and casts a chill on everyone in the country who criticizes powerful institutions.

Nepal Immigration released me after 26 hrs in custody, cancelled my working visa & gave me 2 days to leave Nepal. Thanks to all supporters.

It appears that Penner’s detention took place after an anonymous Twitter user complained about Penner’s tweets to the official Twitter account of the Nepalese government. Nepal’s immigration laws prohibit foreign nationals from publicly commenting on internal politics. Penner also wrote an in-depth examination of a Human Rights Watch report on the police response to protests in August 2015 during the adoption of Nepal’s new constitution. Penner’s work is a thorough and serious look at accusations of bias and misinformation that were leveled by critics to discredit HRW’s findings, and as such represents a substantial contribution by a private citizen to a matter of vital national importance.

Penner’s detention follows the arrest of Nepalese journalist Kanak Mani Dixit by the Commission for the Investigation of Abuse of Authority (CIAA) on charges of corruption. Penner criticized the arrest and subsequent treatment of Dixit, who had led protests to oppose the appointment of the current head of the CIAA, and was initially not allowed to consult with his lawyers.

Nepal’s politics have long been in a state of upheaval, as a prolonged civil war between government forces and Maoist rebels ended in 2006 with a Maoist victory and the adoption of an interim constitution. The current constitution came into effect in September 2015, which spurred protests and a blockade of checkpoints on the Nepal-India border from groups claiming that some of its provisions discriminate against marginalized communities and women. According to the Federation of Nepali Journalists (FNJ), journalists came under attack during this time by both state and anti-government protesters.

CJFE urges the government of Nepal to reinstate Penner’s visa and to ensure that all individuals in the country, regardless of their citizenship, are able to exercise their right to freedom of speech and expression, as guaranteed in the Nepalese constitution. Sending tweets critical of government policies is not a crime and residents should be able to freely comment on matters of national importance without fear of arrest, threats or persecution.