CJFE is deeply concerned by the alleged assault on Global News journalist Mike Armstrong and cameraman Jean-Vincent Verveille at an August 20 demonstration against far-right group La Meute in Quebec City. Armstrong was reportedly shoved down stairs, while Verveille’s camera was smashed on the ground. Armstrong stated on Twitter that the assailant was from a “a violent faction of anti-racists.”

Pushed around and our camera was smashed... and the group we were supposed to be covering hasn't even stepped out of the parking garage.

Assaults on media workers erode press freedom rights and undermine the critical role journalists play in strengthening democracy. During periods of social unrest, journalists play a crucial role as observers and disseminators of up-to-date news on these public interest issues, and thus must be allowed freedom to conduct their work. Journalists also work to gather and publish evidence which can help to support demonstrators claims of police brutality or repression. 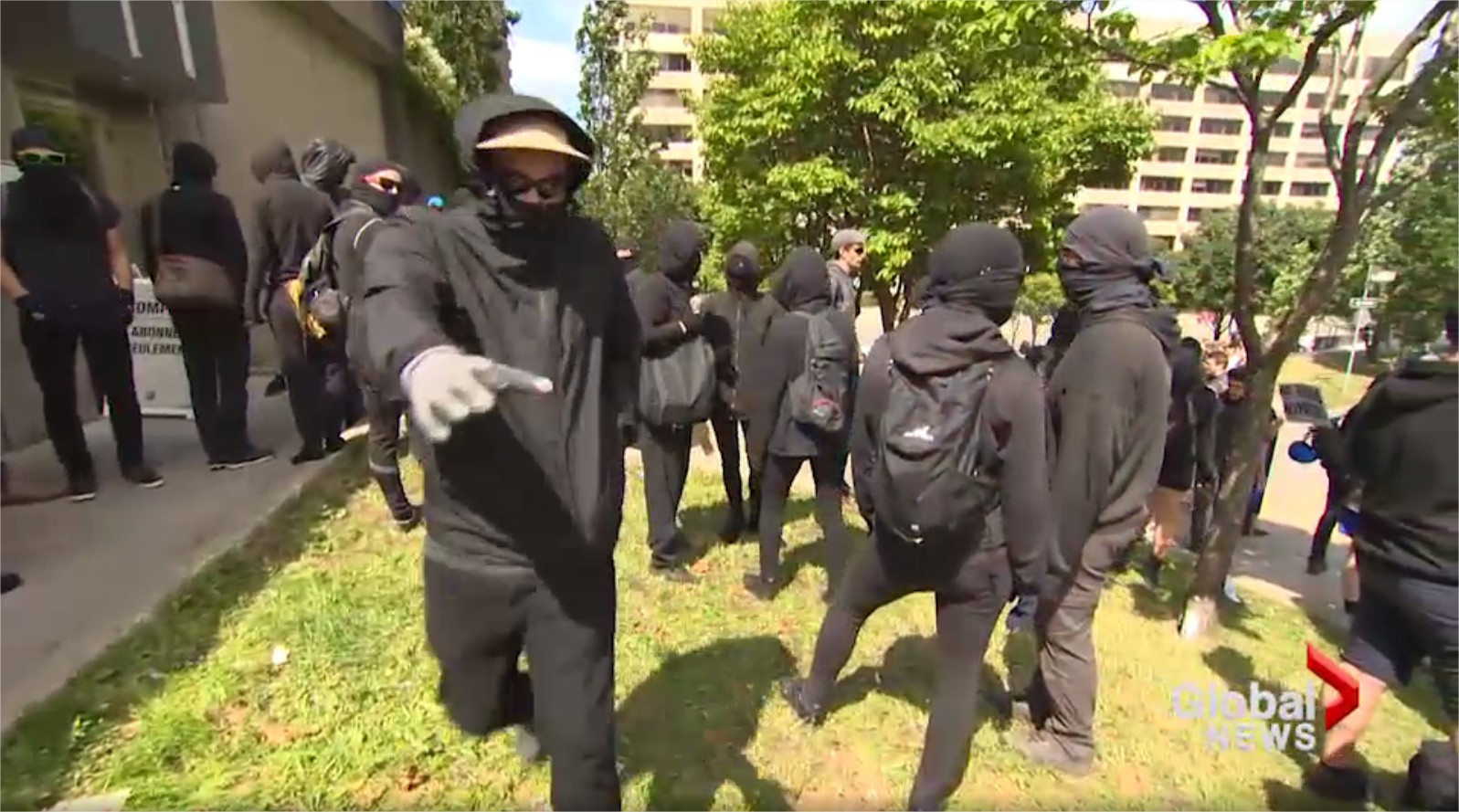 A masked demonstrator approaches a Global News camera at an August 20, 2017 Quebec City rally against far-right group La Meute in a bid to prevent them from filming. Image Source: Global News.

Competing protests between far-right and anti-fascist groups are taking place with increasing regularity across North America. In May 2017 a CJFE staff member was assaulted by far-right groups while filming at an anti-Islam rally in Toronto. These events are matters of urgent public interest, and it is essential that Canadians have access to accurate, reliable information from reporters on the ground. That information will dry up if journalists become targets of violence at these events, depriving Canadians of essential context and impoverishing public understanding.

“I have covered a lot of riots,” Armstrong said to CJFE, listing several noteworthy demonstrations and also highlighting his experience reporting from conflict zones including Afghanistan, Ukraine and Haiti. “The more you speak to me, the more I can get your point of view across accurately.” he said. Initially believing the rally to be peaceful, he stated that he had considered bringing his children. 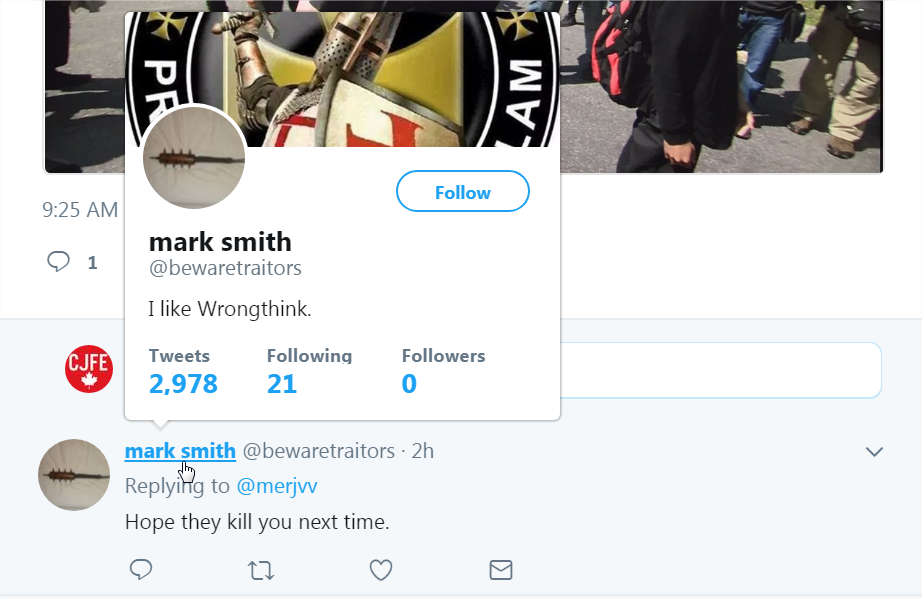 Armstrong also reported that following the assault, his colleague Jean-Vincent Verveille received a threat on Twitter from an account with obvious ties to far-right groups.

Street protests are an essential form of free expression, and an indispensable tactic to challenge racist and overtly fascist political movements. Since the events of Charlottesville, many newsrooms have devoted increased resources to covering the opposition to hate groups. This in turn will result in much more contact between demonstrators and journalists in the future. It is the duty of everyone who values democratic principles and basic freedoms to challenge hateful ideology. Those engaging in this essential work must  remember that the free press has always been a crucial part in the victory of civil rights and social justice movements, and always will be.

A spokesperson from the anti-racist coalition which organized the protest could not be reached for comment.