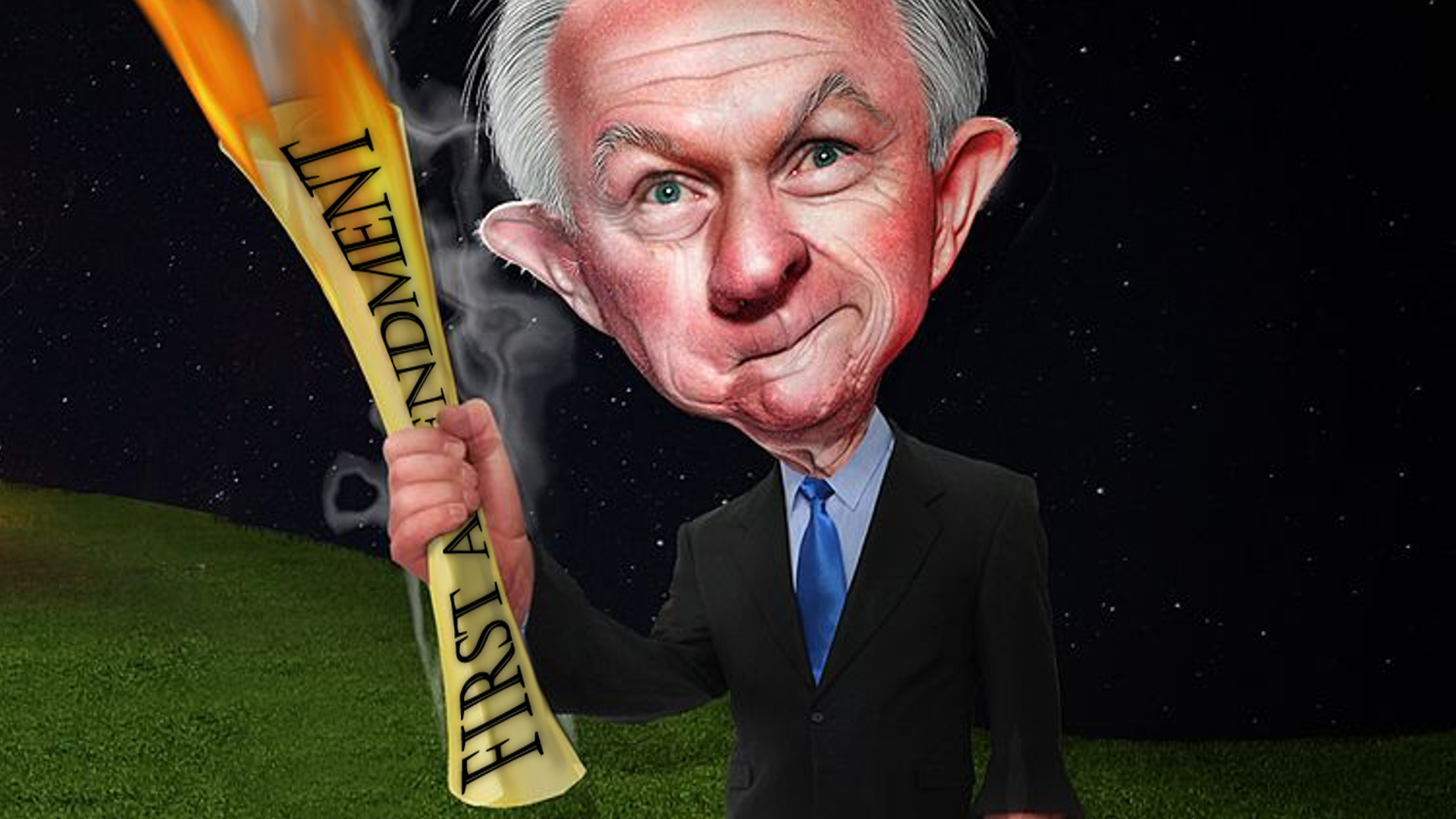 This caricature of Jeff Sessions was adapted from a Creative Commons licensed photo from Gage Skidmore's Flickr photostream.

CJFE is deeply concerned by a suggestion made by United States Attorney General Jeff Sessions that the federal government might reconsider federal policies that currently prevent compelling journalists to divulge information about confidential sources. This is a transparent and ham-fisted attempt to blame the media for a series of voluntary leaks which have originated from within the faltering Trump administration over the past few months. It is CJFE’s view that the Trump administration is veering into autocracy by suggesting a revocation of fundamental freedoms. As Canada revisits its historic relationship with America during NAFTA negotiations, we must maintain our commitment to the values that uphold democracy, including press freedom, that appear to be increasingly abandoned in the United States.

Sessions’s comments about reconsidering “media subpoenas” and balancing the role of the press with national security are a thinly veiled attempt to impose political control over a free and independent American media. We reject the assertion that the right to a free press must be balanced with national security. Attacks on source protections for whistleblowers and the journalists who tell their stories have a demonstrably negative chilling effect on free expression, are incompatible with the tenets of public accountability and severely impair the public’s right to know. The majority of states have imposed state-level protections for journalistic sources, and we have similarly been campaigning in Canada for the passage of Bill S-231, a bill from the Canadian Senate which would create strong legal protections for sources in Canada.

In the context of ongoing NAFTA negotiations, this suggestion of new federal policies that attack the role of journalists raises serious questions about the viability of American democracy, and Canada’s negotiators need to take stock of whether trade with nations which do not uphold human rights is consistent with our own values. We also spotlight these concerns against the backdrop of a presidency that has unabashedly and continually attacked the media as ‘fake news’ publicly condoned attacks on media workers, and presided over mass arrests and prosecutions of journalists.

CJFE is calling on the Government of Canada to include the formerly shared customs and values of press freedom and free expression as a formal component of NAFTA negotiations. Canada must reflect whether its own democratic values can be reconciled with its trade goals and obligations. There should be no trade agreement without a guarantee that America will continue to defend the fundamental institutions of democracy, and we believe Canada can play a pivotal role in guiding America through this troubled time.