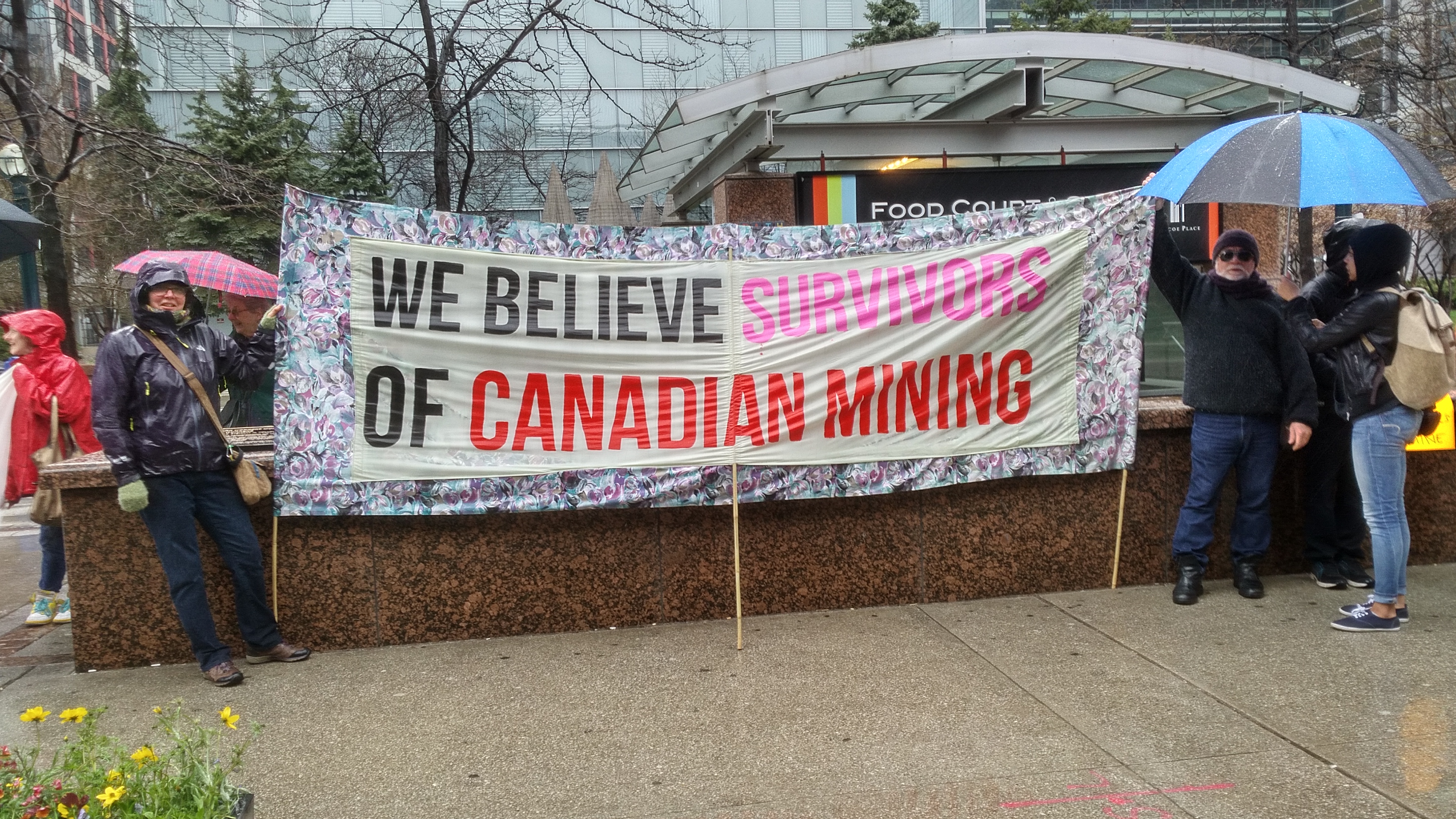 CJFE is deeply concerned by reports that journalists in Tanzania are facing persecution for reporting on mines operated by Acacia Mining, a Barrick Gold majority-owned subsidiary. The reports have come through CJFE's Journalists in Distress program, which provides humanitarian assistance to journalists around the world whose lives and well-being are threatened because of their work.

One journalist received legal notice to stop reporting on Acacia or risk being publicly identified as someone who is acting against the interest of the nation by imperiling commercial interests. In Tanzania’s increasingly repressive media environment, this is a serious crime punishable by imprisonment. Another journalist fled the country after receiving threats and being pursued by security agents who work with Acacia. The reports we are receiving imply that Barrick Gold is endangering the safety and freedom of expression of Tanzanian journalists who aim to report in the public interest and hold the company to account for a litany of abuses.

A 2016 government inquiry heard that Tanzanian police, who work under an agreement with Barrick Gold, had killed 65 people and injured 270 others over the past decade at one of their three mines in the country. Women have also been imprisoned and raped by company security and police. If journalists attempting to report on these abusive actions are intimidated and threatened, these stories will not be heard and the abuses will continue with impunity and seemingly condoned by Acacia through their decision to continue operating in agreement with the perpetrators.

Barrick Gold Corporation also has a record of opposing free expression in Canada. In 2010, it sued an independent publisher after the release of an academic book concerning Canada’s controversial role in mining in Africa, which was widely condemned as an attempt to curtail freedom of expression and hamper discussion around a serious public interest concern. During this time, a Canadian journalist was arrested in Tanzania for reporting on the killing of five men by security forces at one of Barrick Gold’s mines. The chill on free expression extends to politicians, as the mining lobby in Ottawa holds considerable sway and parliamentary immunity does not protect politicians from these sorts of lawsuits if they speak with journalists. When MP John McKay introduced a private member’s bill in 2009 to mitigate Canadian mining abuses in developing countries by creating accountability mechanisms, he refused to discuss specific allegations with journalists, and the bill did not pass.

Freedom of expression has declined in Tanzania since the 2015 election of President John Magufuli, and it is deeply worrying that Acacia and Barrick Gold may be taking full advantage of the impunity afforded in the absence of independent accountability mechanisms. In 2016, President Magufuli introduced the Media Services Act, which criminalizes journalism without government accreditation, established prison sentences of up to five years for writing articles deemed untrue or injurious to the interest of the country and replaced the independent, self-regulatory media council with a government institution with increased discretionary powers to shut down media houses and arrest journalists. Tanzania’s Cybercrimes Act extended this authority to bloggers, who face arrest for publishing anything considered to be damaging to the state or economic interests. Media and human rights organizations have opposed the Act in the East Africa Court of Justice because of its restrictions on the right to free expression and the functioning of a free press in Tanzania.

We therefore call on you to cease the persecution of journalists trying to report on Acacia operations in Tanzania, and end impunity for the security forces who commit these offences. We further call on you to cease exploiting repressive laws in Tanzania, cease exercising political control over local officials and authorities to the end of which they may threaten press freedom, and reform your operations policies in foreign countries to reflect press freedom and free expression values, such as those detailed in the Canadian Charter of Rights and Freedoms.

This letter of protest was sent to Mr. Kelvin Dushnisky, President, Barrick Gold Corporation, and Chairman of the Board of Directors, Acacia Mining.

Mr. Ian Myles, High Commissioner for Canada to the United Republic of Tanzania

His Excellency Jack Mugendi Zoka, High Commissioner for the United Republic of Tanzania to Canada