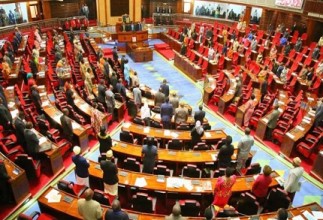 The National Assembly of Tanzania.

CJFE is deeply concerned by legislation passed by the government of Tanzania that will regulate online content and restrict who is able to produce and distribute that content, unduly restricting the free expression right of Tanzanians. The “Electronic and Postal Communications (Online Content) Regulations 2018” mandates that bloggers, social media influencers and online platforms pay an annual license fee of $930 to keep their sites operative. Applicants will be subject to intrusive information requirements, including details of the estimated cost of investment, the number of directors and stakeholders in the platform, their share of capital, staff qualifications, expected dates of commencing operations, and future growth plans.

Tanzanian President John Magufuli, in power since 2015, has enforced a zero tolerance policy regarding criticism of himself and his government, and has led a broader crackdown on the media within Tanzania. Last year newspapers critical of the government policy were shut down after being accused of ethical breaches or inciting violence.  Tanzania ranked 83rd out of 180 countries in Reporters Without Borders’ 2017 World Press Freedom Index.

The onerous annual license fee will mean many voices are priced out of their right to free expression, inhibiting diversity of opinions and undermining meaningful checks on the government. Even for those who are able to pay the fee and comply with the requirements, the government will be able to revoke licences where published content leads to public disorder or threatens national security. This broad phrase includes content that is construed as hate speech or extreme violence, but even more troubling, a breach will occur where content is deemed to “cause annoyance.” The power to regulate content in this way could be used quiet dissent and criticism against the government.

CJFE calls on the Tanzanian government to roll back this restrictive and unnecessary new law. The “Electronic and Postal Communications (Online Content) Regulations 2018” is an attack on free expression and press freedom rights, and gives the government even more control over an already heavily regulated and restricted media and the ability to silence activists and critics.

A copy of this letter was sent to Jack Mugendi Zoka, High Commissioner of Tanzania in Ottawa.