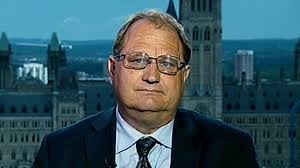 The 2016-17 Fellowship will support legal and historical research on the constitutional and Common Law basis of the public’s right to know. It is now a too common strategy for political actors to try to censor or withhold public information, and free expression advocates need to be armed with sound legal arguments to fight this practice. By examining arguments made in courts and Parliament on questions of access to information and censorship, this year’s Fellowship will give advocates a foundational argument, based in history and law, of the right of the public to accurate and sound public information.

CJFE established this fellowship in 2015 to honour the work of the late Bob Carty, a multiple award-winning CBC journalist and CJFE Board member who for almost three decades was a tireless advocate in making Canada more transparent. It is awarded on a yearly basis through a grant of up to $7,000 to aid projects that contribute to the protection and analysis of free expression issues in Canada.

“The public interest of all Canadians is suffering because of the abysmal state of our access to information system,” said CJFE Executive Director Tom Henheffer. “The second annual Bob Carty Free Expression Fellowship will lay the foundation for robust legal protections of the public’s right to know, enhancing the democratic process and Canadians’ ability to hold elected officials accountable.”

“I'm honoured by CJFE's decision to award me the fellowship, which will allow me to fully research the legal grounds of the public's right to know so that people, when they exercise their rights to vote and to express themselves, are better informed,” said Bourrie. “Bob Carty left a legacy that helps all of us push against forces that would deny Canadians full understanding of the actions of their governments.”

The inaugural Bob Carty Free Expression Fellowship was granted in 2015 to Erin Millar of Discourse Media, a Vancouver-based journalism organization that is working to break down barriers between reporters in the mainstream media and Indigenous communities. Through CJFE’s fellowship funding, Discourse Media collaborated with Nancy Macdonald, associate editor at Maclean’s. Discourse Media is also using the funding to develop The Diversity Source Network and Methodology, an online platform to seed a network of sources who are willing to share their experiences and engage in a two-way dialogue with journalists. Read more about the work of Discourse Media here.

Canadian Journalists for Free Expression (CJFE) monitors, defends and reports on free expression and access to information in Canada and abroad. Rooted in the field of journalism, we promote a free media as essential to a fair and open society. CJFE boldly champions the free expression rights of all people, and encourages and supports individuals and groups in the protection of their own and others’ free expression rights. www.cjfe.org