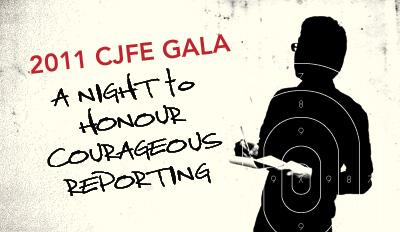 The 14th annual CJFE Gala returns to the Fairmont Royal York in Toronto on Thursday, November 24, 2011. This year's gala is a tribute to the Arab Spring, the people who raised their voices in protest against repression and those who covered their stories. On November 24, join us to honour the journalists who, in extreme circumstances, ensured that the world heard about this incredible situation as it unfolded in countries across the region. We will also recognize the importance of free expression in our own country by honouring those who have made critical contributions to the public interest here in Canada. Come to the Gala, meet key figures in Canadian journalism, and show your support for free expression and the work of CJFE.

An exhibit of 20 photographs from Canadian journalists covering the Arab Spring in Tunisia, Egypt, Yemen, Libya and Bahrain will provide a moving backdrop to the evening.

In partnership with UNESCO, CJFE will also display a thought-provoking exhibit of political and editorial cartoons from around the world.

At the gala, we will honour the recipients of this year’s International Press Freedom Awards. Mohamed Abdelfattah, a 24 year-old Egyptian, was among the first to expose the police brutality that caused the uprising in Egypt. Canadians got their earliest glimpses into the massive movement in Cairo when Mohamed broadcasted from Tahrir Square on CBC's news network. He was detained along with hundreds of other young people, in an effort to shut the protest down. Mohamed persevered and we will present him with one of our press freedom awards. We will also be honouring Khaled al-Hammadi, a remarkable journalist from Yemen, where people are still in the streets demanding the overthrow of their ruling dictator. Khaled has been arrested, kidnapped and harassed for doing his job and continues working in the streets of Sana along with free speech crusader and Nobel Prize winner Tawakul Karman. He continues, at great personal risk, to report the events from his country and remains a frequent commentator in Canadian media.

Our gala will also recognize Ron Haggart, a remarkable Canadian who passed away this past year. Ron was a crusader for accountability in our own country and one of Canada’s most important investigative journalists. Over the course of his career, he worked with numerous media outlets across Canada, including The Vancouver Sun, The Toronto Star, The Toronto Telegram, The Globe and Mail, CityTV, and the CBC. As we witness a tendency toward backroom politicking and secrecy, Ron's tireless calls for openness and his lobbying for free speech will be sorely missed. 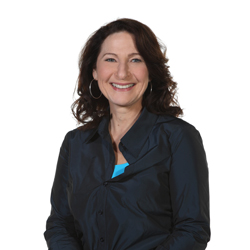 Anna Maria Tremonti has been the host of The Current, on CBC Radio One since its creation in the autumn of 2002. Prior to that, she spent almost two decades as a television correspondent, mostly for The National and the investigative program the fifth estate. Anna Maria was a foreign correspondent based in Berlin, London, Jerusalem and then Washington in the 1990s. She covered politics on Parliament Hill for almost five years, and has been a radio and television reporter in Alberta and the Maritimes. Anna Maria is pleased to be working with the CJFE in its recognition of journalistic excellence and in calling attention to those journalists whose reporting of the truth puts them at great personal risk. She has been moderating the CJFE's Free to Speak fundraising series, and has worked with the board on strategic planning to bring more Canadian journalists into the organization. 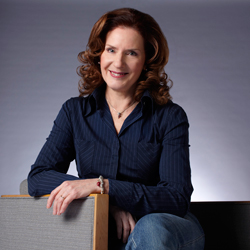 Carol Off is the Chair of the CJFE Gala Committee, and co-host of CBC Radio's As It Happens.

CJFE would like to thank our kind sponsors for their continous support and allowing us to raise awareness to this important global issue. For a full list of CJFE Gala Sponsors, please see the Sponsorship page.

The attire for the gala is Business. 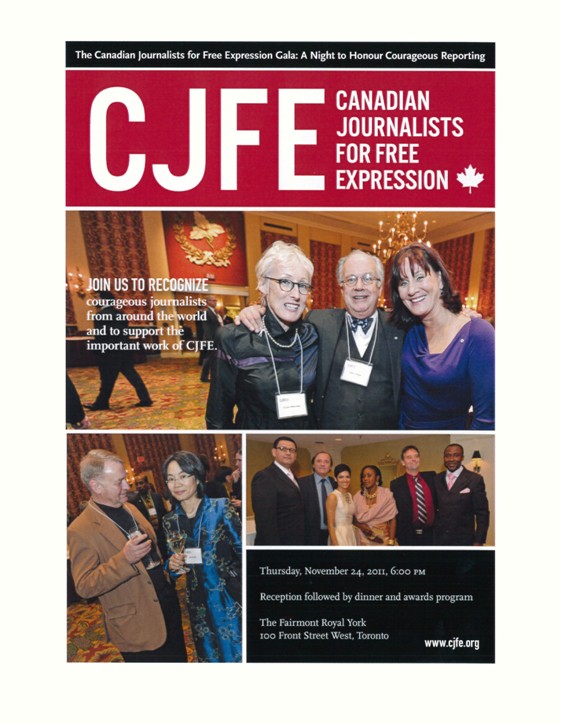 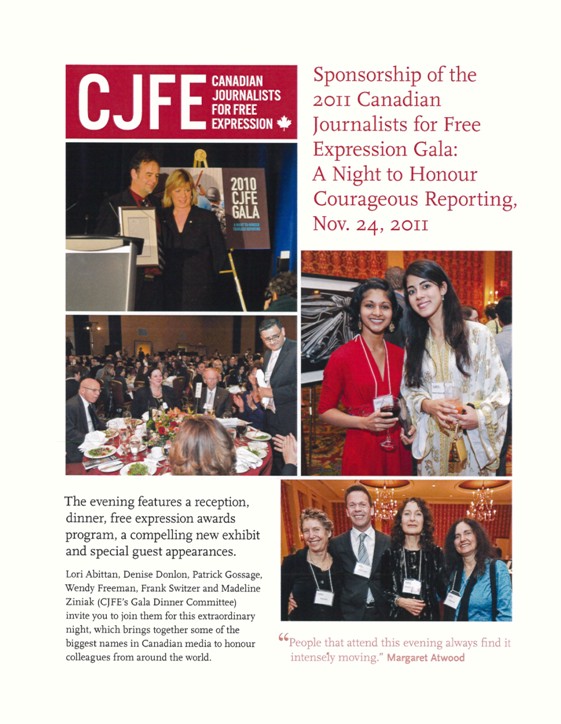