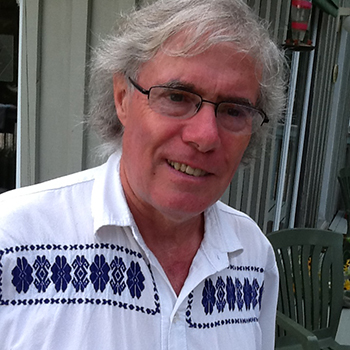 Whistleblower exposed faulty Canadian government analysis after 1973 Chilean military coup d’etat TORONTO, ON – Forty years ago, a young civil servant undertook a courageous and solitary action, one that would forever deny him a career in government employment. But it was an action that provoked a reversal of Canadian foreign policy, saved thousands of refugee lives, and changed the character of Canadian society. This year, Canadian Journalists for Free Expression (CJFE) is honouring Bob Thomson as the second ever recipient of its Integrity Award, to be presented at its 16th annual gala on December 4 at the Fairmont Royal York Hotel in Toronto. The Integrity Award was first presented in 2011, when it was jointly awarded to Dr. Shiv Chopra, Dr. Margaret Haydon and Dr. Gérard Lambert for whistleblowing on issues involving public health and food safety. Four decades ago, General Augusto Pinochet and the Armed Forces of Chile overthrew the democratic government of President Salvador Allende. In the violence that followed, thousands of Chileans were killed or disappeared and tens of thousands were detained, tortured and imprisoned. At the time Bob Thomson was a young employee of the Canadian foreign aid programme (CIDA) in Ottawa. That’s where he saw the secret telexes from the then Canadian ambassador to Chile, Andrew Ross, who thought the violence was lamentable but necessary. Ross recommended that the Canadian government should quickly recognize the military junta and deny refugee status for persons claiming political persecution. The cables claimed that human rights abuses were minimal and the generals would not remain in power. For Bob Thomson it seemed that Canada’s foreign policy was being constructed on the foundation of the flawed analysis in the Ross cables. He leaked them to a Member of Parliament. And that created a huge controversy in the House of Commons and the media. Historians now recognize that Thomson’s leaking of the “Ross Cables” ignited so much public outrage that the government was forced to re-examine the analysis being supplied by its ambassador. As a result, Ottawa reversed its foreign policy and in the following years, Canada brought 7,000 Chilean refugees out of one of the most brutal Latin American dictatorships and welcomed them to new lives in Canada. “It was the forty-year anniversary of the coup that brought Thomson’s actions to our minds once again,” says Arnold Amber, CJFE President. “But it is never too late to recognize the significance of his actions. It is also noteworthy of the contributions that the 7,000 Chileans have made to Canadian society in academia, science, the arts, trade unions and in Parliament. We are a better country because of them.” The CJFE Integrity Award honours Canadians who act in the public interest when they speak out about dangerous, unethical or illegal practices they uncovered or experienced in the course of doing their jobs. The award highlights the right of all Canadians to take action in the public interest, and their right to freedom of expression in doing so. The CJFE Gala is made possible by the valued support of Scotiabank, CTV News, CBC News and Sun Life Financial along with many other organizations and individuals in the media, legal, academic and business communities. About CJFE: Canadian Journalists for Free Expression (CJFE) monitors, defends and reports on free expression and access to information in Canada and abroad. Rooted in the field of journalism, we promote a free media as essential to a fair and open society. CJFE boldly champions the free expression rights of all people, and encourages and supports individuals and groups in the protection of their own and others' free expression rights. Follow the conversation on Twitter with the hashtag #CJFEgala. -30- For more information, please contact: Maria Cortellucci Media Profile 416-504-8464 [email protected] Read more about Bob Thomson