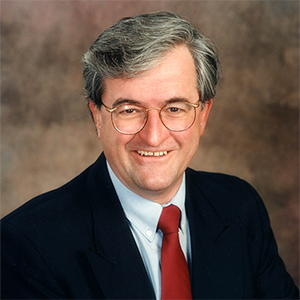 Yesterday Canada lost one of its strongest defenders of free expression and press freedom.

CJFE Board member Bob Carty, a journalist and activist with a tireless dedication to human rights, passed away on Sunday, September 22, in an Ottawa hospital.

“Bob was an inspiration, mentor, and visionary to many journalists and activists across the country,” says CJFE President Arnold Amber. “His work will leave a lasting legacy.”

Bob began his career in the 1970s, as a researcher and activist specializing in Latin America. He moved to the region with his wife, Frances Arbour, who worked with refugees while Bob reported on military conflicts, human rights, and ecological issues.

In 1981, Bob joined CBC’s Sunday Morning as an on-air producer. He rose to foreign editor and senior producer, creating work that won a Peabody, a Gabriel, and numerous other awards for Sunday Morning, Morningside, The Current, The Globe and Mail, and National Public Radio. He also received multiple awards from the Canadian Association of Journalists, recognitions from the Canadian Science Writers, and the Amnesty International Canada trophy for human rights reporting.

In 1991, Bob participated in a CJFE fact-finding mission to investigate attacks against journalists in Guatemala. Soon afterward he joined CJFE’s Board of Directors, and became one of the organization’s most active and visionary members. A leading contributor to CJFE’s work in Canada, Bob helped lead the fight for access to information reform, and founded CJFE’s annual Review of Free Expression in Canada in 2009.

Bob’s activism extended far beyond Canada’s borders, as he was a strong advocate for free expression around the world. In 1992 he chaired a meeting of 14 international free expression groups, which led to the creation of IFEX, a global network of organizations dedicated to defending and promoting free expression. Since then, the IFEX Network has grown to include 95 organizations in more than 60 countries.

“Bob’s contribution was critical to getting IFEX off the ground, and shaping it into such a strong voice internationally,” says Amber.

Bob was first stricken with cancer seven years ago, and despite the illness continued his work with CJFE. He was perhaps the most knowledgeable advocate in Canada on the subject of access to information, and wrote numerous articles about the Canadian government’s inadequacy in this important field. Most recently he was instrumental in preventing the passage of Bill C-461—which would have crippled investigative journalism at the CBC by forcing reporters to reveal their sources to the government.

Bob’s passion extended beyond just his work. A talented musician, Bob used songs to express his activist spirit. He started writing during the social upheaval of the 1960s, playing everywhere from coffee houses to protests to Toronto’s Massey Hall. He played guitar, mandolin and banjo, and often performed at a local Ottawa parish that, in his words, “supports music for the spirit, for the heart, and for a more just world.”

Few Canadians have given so much to the cause of free expression and press freedom. Bob’s passion, expertise, and heartfelt desire to help others will remain irreplaceable, and he will be deeply missed.

A Mass and celebration of Bob Carty’s life will take place on Friday October 3, 2014 at St. Joseph’s Parish (near University of Ottawa), 151 Laurier Avenue East, Ottawa. Parking and the main Church entrance are on Wilbrod.

Service will begin at 2:00 followed by a gathering in the church basement (approximately 3:30) with music and tributes.

In lieu of flowers donations in memory of Bob can be made to:

Listen to a tribute to Bob on the Sunday Edition, on CBC.