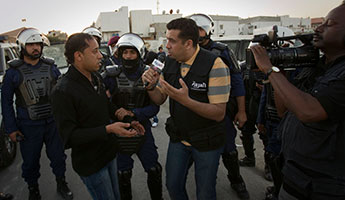 REUTERS/Caren Firouz
By Amy Johnson, CJFE Program Coordinator As a Canadian organization, CJFE is deeply committed to drawing attention to the free expression issues that occur in our own backyard. We hold events, participate in legal interventions, and put out annual publications to promote the importance of knowing what is going on at home. However, while we are deeply invested in Canada’s performance on free expression, we also have strong roots in international advocacy. We have developed a number of global outreach programs to extend our defense of media freedom to countries and regions around the world. One of CJFE’s most important international activities is managing the Journalists in Distress (JID) Fund, a humanitarian assistance program for journalists imperiled by their work. Launched in 1999, the JID program puts CJFE in direct contact with journalists abroad who have come under attack as a result of their work. No two cases are alike. One might be a freelance photographer traumatized from covering a dangerous civil conflict in her country, another could be a newspaper reporter who has been followed and threatened by national intelligence officials for writing critically about his government. JID grantees are often unable to find help and support at home, and are unable to run the risk of waiting to see if the pressures they face will subside. After another appalling year of more than a hundred journalists killed worldwide, it is obvious that the need is great, so great in fact that CJFE works with approximately 20 other organisations from around the world who have similar assistance programs in place. In 2012, the JID program proved that it continues to fill a much needed role in journalist protection. Last year we granted support to individuals from Western Asia, the Middle East, and across Africa, with an overwhelming number of requests coming from countries within the Horn of Africa region. Through these JID cases, we saw the direct repercussions on press freedom and journalists’ safety that stem from totalitarian regimes, volatile civil uprisings and extreme regional tensions. The journalists who applied for JID assistance last year had been followed, arrested, sued, imprisoned, and tortured, all for their role in reporting the truth. These often complicated and gruesome cases can be troubling, but we are encouraged by the JID program’s increasing ability to support, protect, and sustain the individuals who risk their lives to report openly and honestly. As CJFE enters its 15th year of running the JID Fund, we would like to share a snapshot of some of our former JID recipients. These stories will help highlight those who have applied for assistance, the challenges they have endured, and how receiving a JID grant from CJFE has had a positive impact on each of their lives. 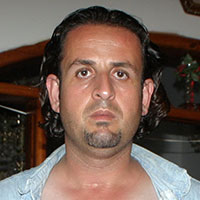 Freelance photographer Saif Dahlah was injured several times while covering tensions between Palestinian youth and the Israeli army between 2002 and 2004. Dahlah was seriously wounded after being shot in the stomach during a clash between Israeli forces and young Palestinians at the Jenin refugee camp in 2004, requiring him to undergo surgery only available abroad. CJFE partnered with a handful of journalist assistance organizations to cover Dahlah’s medical expenses in Jordan and Paris.
Byamba-Ochir Byambasuren, Mongolia (2008) 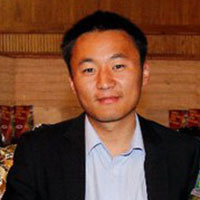 While covering post-election riots in Ulaanbaatar, photojournalist Byambasuren suffered severe head injuries that lodged bone fragments in his brain. As proper treatment for such injuries was not available in Mongolia, Byambasuren had to travel to South Korea to have this complex surgery performed. The JID Fund helped to pay for Byambasuren’s surgical procedures, allowing him to return to work and pursue journalism studies just seven months after his injury.
Hazif Imran, Pakistan (2010) 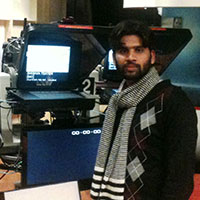 After covering the infamous August 2010 lynching of two teenage boys in Punjab and suggesting in his article that police had failed to intervene, newspaper reporter Imran and his family began receiving death threats and threatening home visits from police. The lynching story made international headlines in the following days, leading to a brutal attack on Imran by police and his subsequent hospitalization. He failed to receive relocation funding from his employers after his release from hospital, leading Imran to temporarily flee to the United Arab Emirates in poor health and without sufficient financial support, while outrage by local police in Punjab simmered. CJFE issued a grant to Imran that enabled him to fund transportation from the UAE to a sponsored safe house abroad.
Guman Dokani, Iraq/Turkey (2012) An intrepid young Kurdish-Iraqi journalist, Dokani covered sensitive local issues such as corruption of high-ranking government officials, and the use of expired medicine in state-run hospitals, and his work was frequently published by an independent daily newspaper and a popular bilingual Kurdish-Arabic radio station. Dokani was captured, tortured, and his family was threatened on multiple occasions, due to his areas of coverage, and he was charged with defamation in 2008 for his hospital story. Dokani fled Iraq for temporary refuge in neighbouring Turkey, and applied for permanent relocation through the UN refugee agency. CJFE issued two grants to Dokani during 2012: one for basic living expenses while waiting for resettlement confirmation in Turkey, and a second to assist his travel expenses for final relocation to the US.
Qusun Arkebe, Eritrea (2012) Established print journalist and specialist in Tigre-language reporting, Arkebe was arrested, detained, and tortured in Eritrea’s notoriously grim Wi’a prison before fleeing to neighbouring Sudan in 2010. As a published critic of the country’s totalitarian regime and its control of Eritrean media, Arkebe continued to advocate for press freedom in his home country after his departure, and co-founded unitedheartz.com, a website initiative promoting unbiased journalism on issues affecting the Eritrean diaspora. Arkebe remained an active target for Eritrean government officials while in Sudan and after later settling in Uganda, attracted death threats and personal surveillance. Arkebe used CJFE’s grant to secure safe dwelling in Uganda while finalising his resettlement process to Norway, where he is currently living and freelancing for a European-based, independent Eritrean radio station. *Note: Certain names have been changed to protect the identities and safety of the journalists Learn more about the JID Fund and how to apply