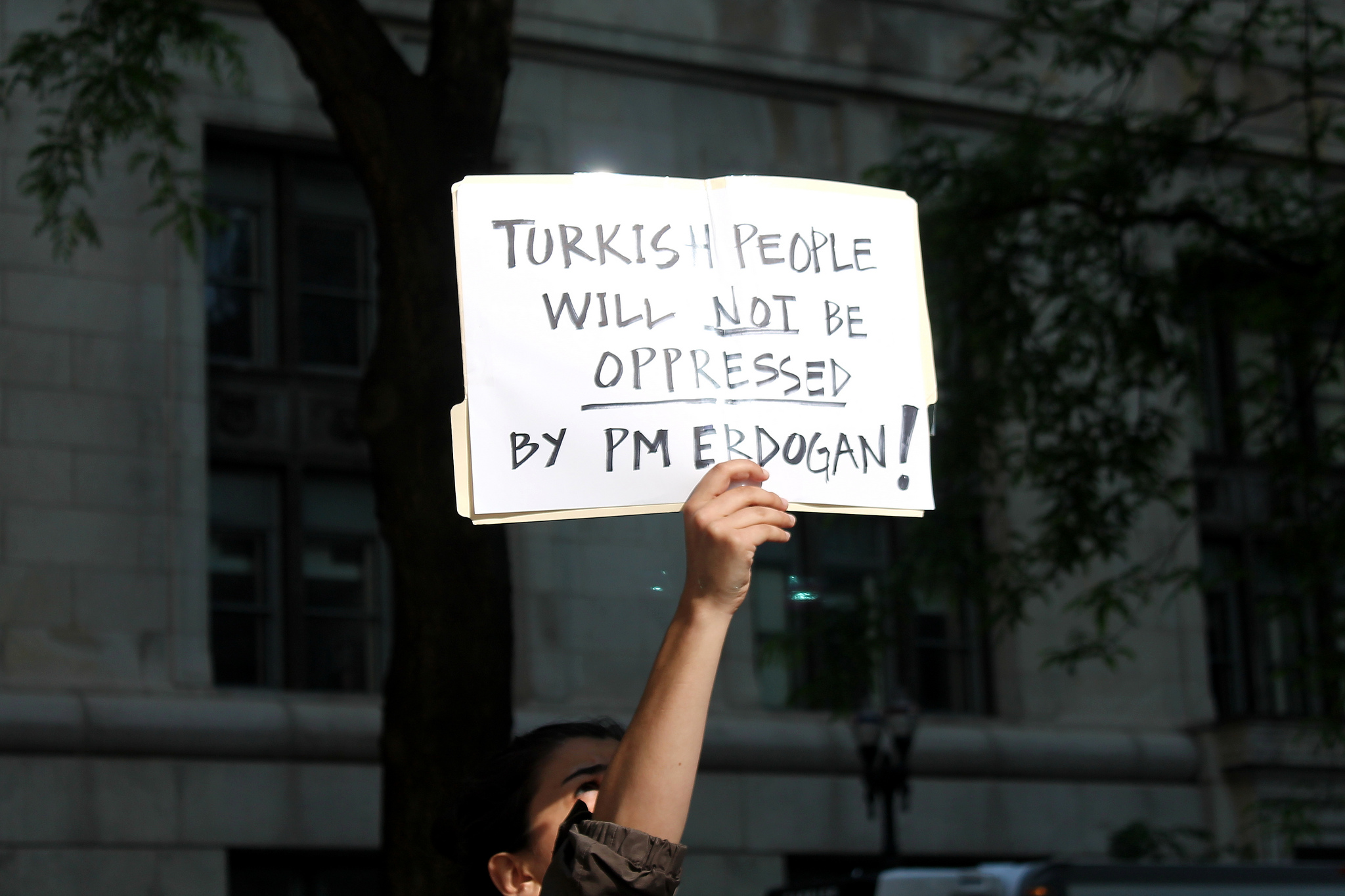 CJFE strongly condemns the state seizure of Turkey’s leading newspaper Zaman and its English-language version Today’s Zaman, as well as Cihan News Agency. The news outlets are known to have ties with Fethullah Gulen, the U.S.-based leader of the Hizmet movement and a rival of President Recep Tayyip Erdoğan. In its first edition since the court-ordered seizure, Zaman has taken a more flattering pro-government stance. It was previously known for being a prominent opposition voice in Turkey.

On March 4, a Turkish court ordered Zaman and Today’s Zaman placed under the control of governmental trustees, prompting police to forcibly raid their headquarters to ensure an administrator was installed to manage the oppositional newspapers. The outlet’s editor-in-chief Abdulhamit Bilici and columnist Bulent Kenes were also relieved of their duties. The oppressive moves spurred several days of protests, during which police fired tear gas and water cannons to scatter crowds demonstrating outside the newspapers’ headquarters.

These media takeovers are just the latest incidents in a massive crackdown on Turkish media that are seen as critical of the government. Can Dündar, editor of Turkish daily Cumhuriyet, and Erdem Gül, the newspaper’s Ankara bureau chief, spent 92 days in pre-trial detention before their conditional release on February 26 by Turkey’s Constitutional Court. They both still face several life sentences for “exposing state secrets,” “espionage” and “aiding a terrorist group.” These charges stem from reports that they had published which linked Turkey’s national intelligence agency to smuggled weapons sent to extremists in Syria.

In other very troubling incidents, on October 28, 2015, Turkish police raided and took over the headquarters of Koza-Ipek, a media group owned by an ally of Gulen, and 44 people were arrested on November 3, 2015, on suspicion of links with Gulen. Multiple raids of other Turkish media outlets were previously conducted in August and September of 2015.

All of these instances, and especially the most recent takeovers of Zaman and Cihan News Agency, represent a growing trend of press freedom violations in Turkey, with an ongoing clampdown on critical voices and an increase in gag orders and censorship. Turkey ranks 149 out of 180 countries in the 2015 Reporters Without Borders Press Freedom Index, and an urgent field mission in October 2015 discovered that pressure on journalists working in Turkey has drastically increased.

CJFE urgently calls on the Turkish courts to end its seizure of Zaman and Cihan News Agency. This letter of concern comes after multiple exchanges with your administration about press freedom abuses in Turkey, and repeated calls for the release of wrongfully detained journalists. CJFE continues to press the Turkish government to permit media to report independently in the country without fear of unfounded persecution and censorship.

This letter of concern was sent to His Excellency Selçuk Ünal, Ambassador of the Republic of Turkey to Canada.