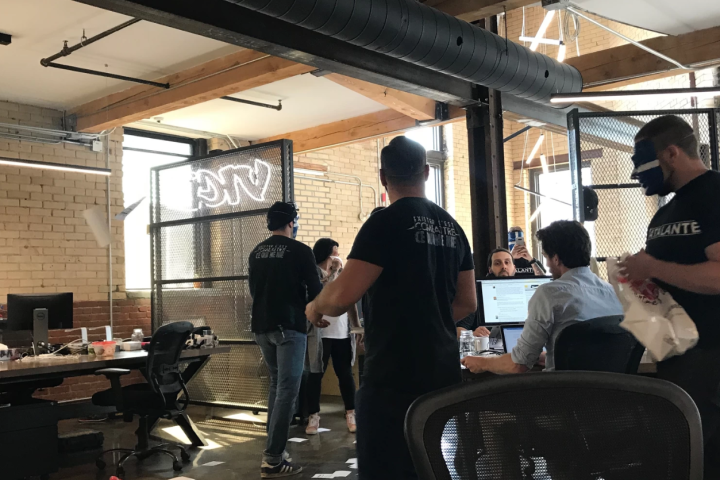 CJFE joins its voice to those of journalists across the country, Prime Minister Justin Trudeau and Quebec Premier Philippe Couillard in vigorously denouncing the intimidation of Vice Quebec journalists this week.

Members of the anti-immigration group Atalante caused ruckus in the Montreal offices of Vice on Wednesday, entering unannounced wearing masks, making noise and throwing flyers in the newsroom.

The intimidation tactic came a week after Vice Quebec journalist Simon Coutu published an article reporting the rise of far-right groups in Montreal.

This clear attack on press freedom goes against the most fundamental values of our democracy and must be condemned on all fronts. CJFE stands by journalist Simon Coutu and Vice Quebec and will vehemently denounce anyone who tries to silence journalists and thus attack the public’s right to be informed.