CJFE Works to Protect Journalists in Distress: A Year in Review

In many parts of the world, journalism is a dangerous profession. It can put journalists in precarious and unsafe situations, as well as their family and friends. When this happens, journalists frequently have to choose between the work they dedicate their careers to—and often their lives—and finding safety for both themselves and those they love.

One of CJFE’s longest running and most important programs is its Journalists in Distress (JID) program, which provides short-term humanitarian assistance to journalists around the world whose lives, well-being, and careers are threatened because of their work. The program was founded in 1999 and has disbursed more than $275,000 CAD in grants that range between $500 and $2,500 CAD to more than 200 journalists and media workers.

Financial support is typically provided to cover legal fees when journalists are detained, medical expenses when they are caught in the line of fire or traumatized by their coverage, transportation costs when they are forced to flee, and short-term resettlement costs (including living expenses such as lodging, food, and Internet access) after escaping a dangerous country or situation because of their work.

The people that CJFE helps have found themselves in the untenable position of being persecuted for doing a job that is essential to a properly functioning society, as well as setting an example for everyone who is compelled to exercise their human right to freedom of expression and speech. 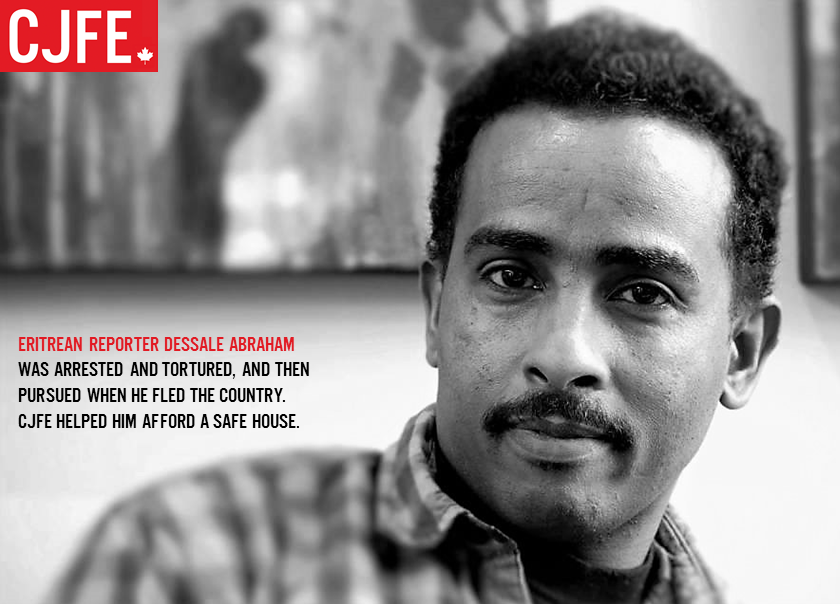 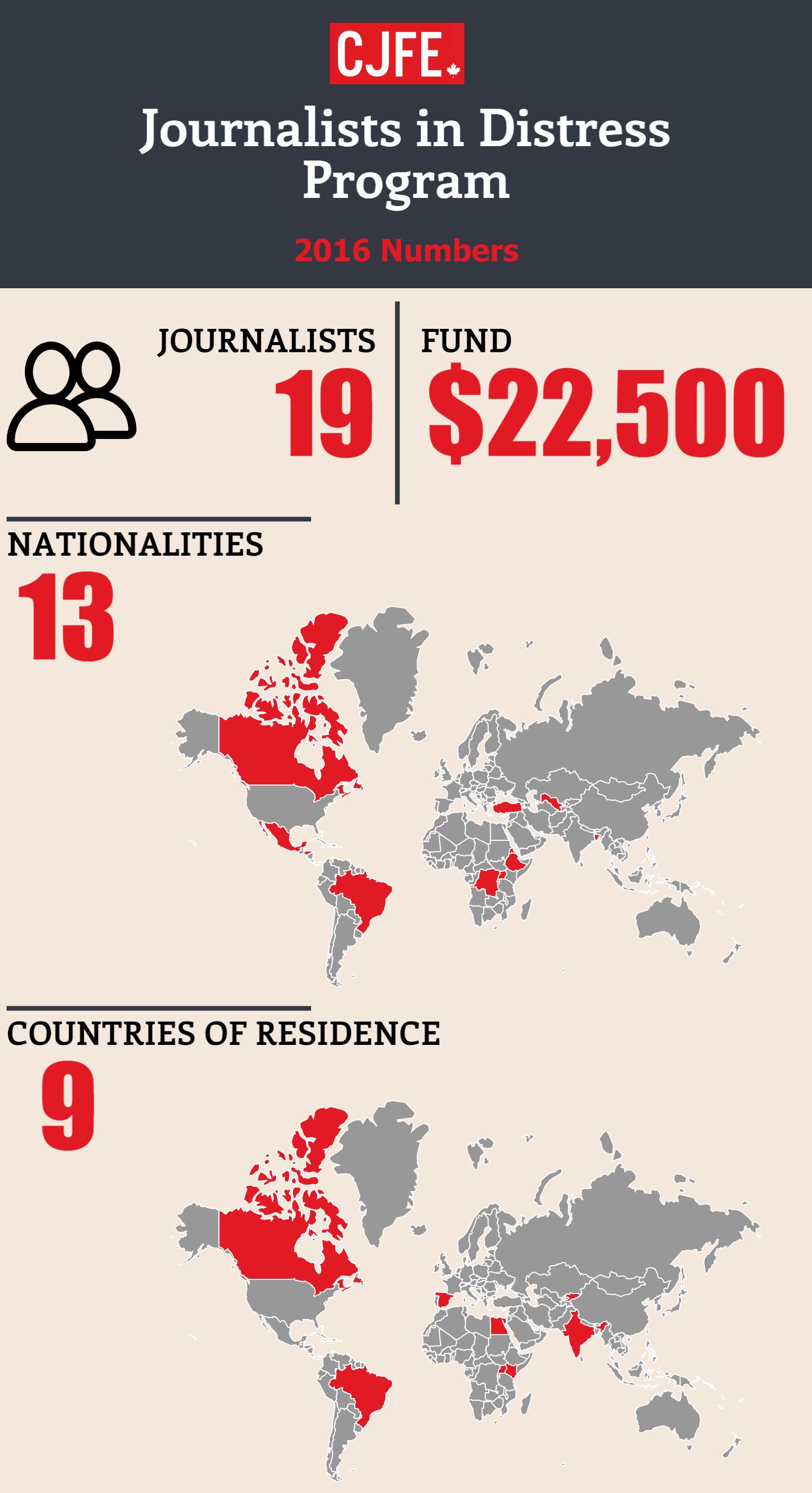 For the past three years, the fund for CJFE’s JID program has increased annually. This means that each year we have been able to help more journalists. But the number of applicants who have come to CJFE for help has also steadily risen. In 2016 alone, CJFE’s JID program received requests for assistance from a total of 162 journalists located in 34 countries around the world. This is an increase of more than 50 percent, in comparison to the 106 requests for assistance (from journalists in 25 countries) that the program received in 2015. 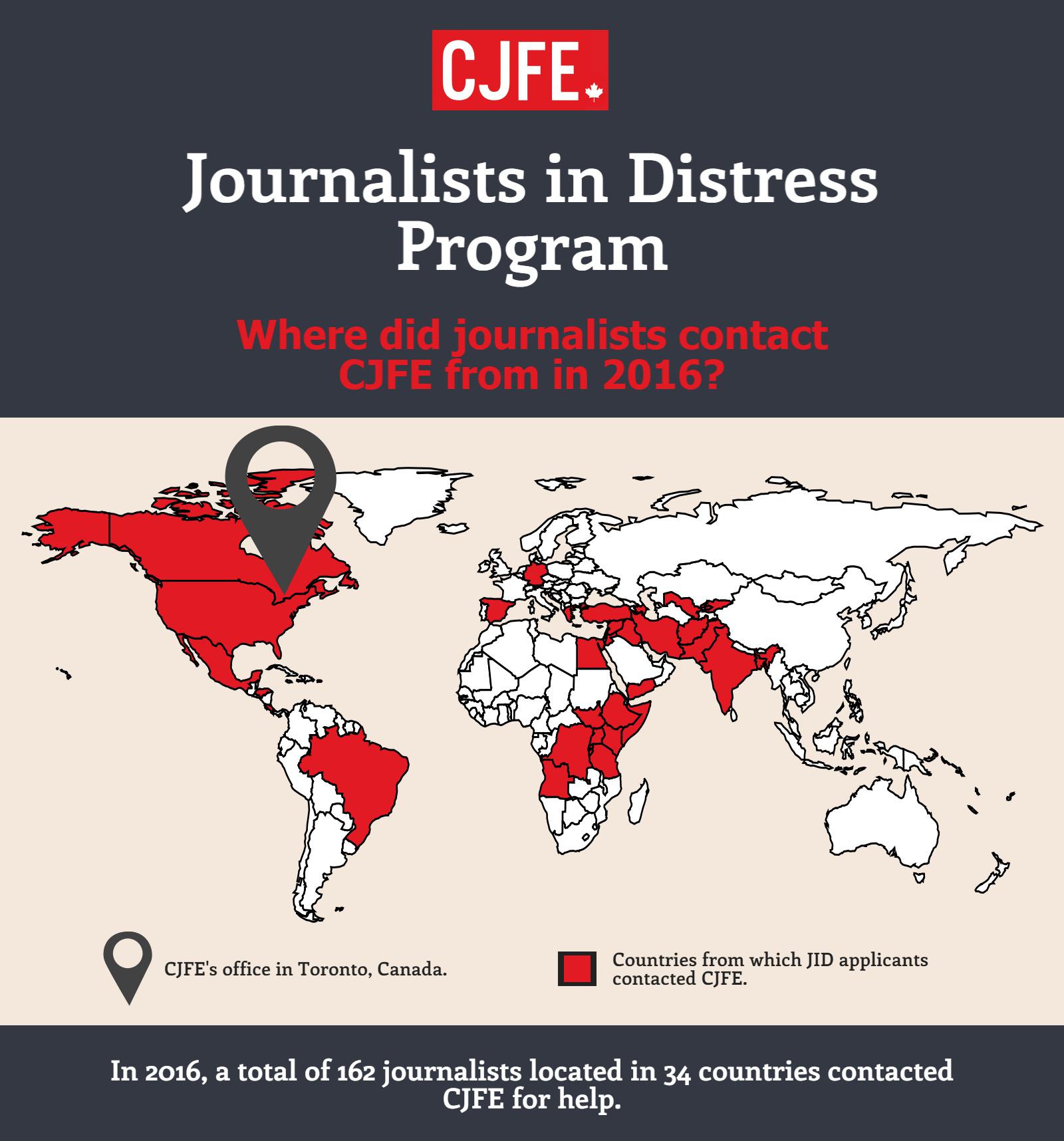 Funding for the JID program in 2016 came from small donations provided by individual CJFE Allies (members and donors), the sales of photographs at the 2015 CJFE Gala: A Night to Honour Courageous Reporting, as well as a generous grant from UNIFOR—a long-time CJFE partner and collaborator. In 2017, CJFE plans to continue its efforts to expand the JID program even more, so that we can help a greater number of journalists than ever before. We are pursuing a number of funding opportunities but we also need your help:

Become a CJFE Ally today to help protect journalists around the world in 2017.

Journalists in distress work tirelessly and at great personal risk to bring us the news, the truth, and to hold those in power accountable. It is our job to make sure they do not face the consequences of this important work alone. 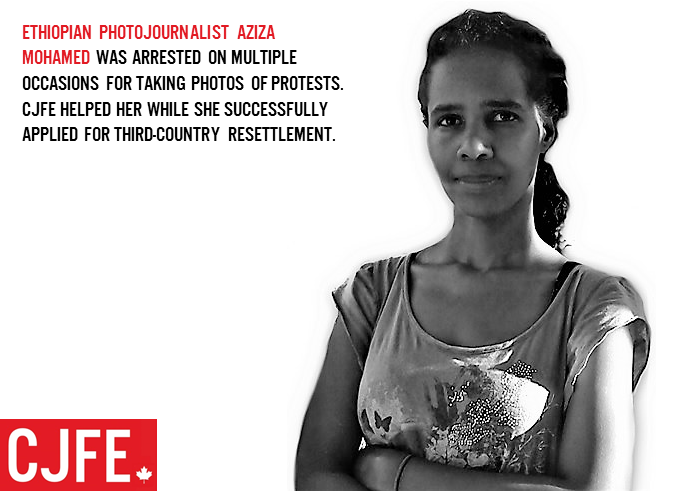