Clinging to power: Constitutional coups and media repression in Africa 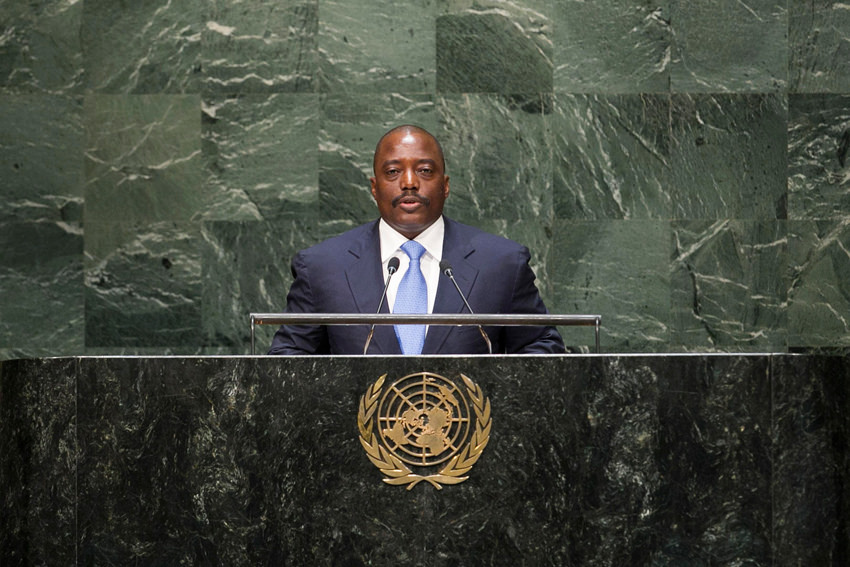 Burundian cameraman Christophe Nkezabahizi was at home in his country’s capital, Bujumbura, when he, along with his wife and children, were shot dead by security forces on October 13, 2015—the cost of being a media worker in unstable times.

This incident is emblematic of the threat that independent media have faced in Burundi during the widespread unrest and violence prompted by President Pierre Nkurunziza’s successful bid to seek a third term in 2015, argued by many to be a violation of the constitution.

Similar political situations are playing out in Burkina Faso, the Democratic Republic of Congo and Uganda, where leaders’ apparent attempts to cling to power beyond mandated terms have resulted in restrictive media environments and violence against journalists. As leaders circumvent or seek to change constitutions to maintain their power, media workers have been subject to physical abuse, intimidation, seizure of equipment and more from the countries’ authorities.

Such actions aim to prevent reporters from doing their jobs—criticizing and holding government to account.

In Burundi, independent media have fallen victim to the chaos surrounding the presidential election, including a failed army coup in May. More than 220,000 people have fled the country and at least 400 have been killed in the ensuing violence. Nkurunziza has remained in power following a disputed July 21 election, and claimed any peacekeeping missions to the country would be treated as invasions.

Burundian journalists have been accused by the government of inciting violence by reporting on politics and protests. The dangers of communicating through regular media channels have forced some journalists to turn to social networks such as Facebook and WhatsApp to spread information. Media workers have also faced seizure or destruction of equipment and attacks on their offices. For instance, within a day of the failed coup in Burundi, five private radio stations were largely destroyed.

“The intimidation is real and has sparked a climate of fear among journalists,” said Sarah Jackson, Amnesty International’s Deputy Regional Director for East Africa, the Horn and Great Lakes.

Challenges have also grown for media workers in Burkina Faso after former president Blaise Compaoré was pushed out of office in October 2014 for trying to extend his 27-year rule in contravention of constitutional limits. Many radio stations were forced to self-censor or shut down temporarily during this period, according to an International Media Support report. Difficult and sometimes dangerous conditions have persisted during the period of political transition.

An August 2015 incident saw the national intelligence agency remove equipment from a TV station for several days without explanation. A three-month ban was enacted on political radio and TV broadcasts starting in May 2015 and radio transmitters for several radio stations were shut down in September.

As in Burundi, Burkina Faso journalists have persevered on social media, and have been lauded for providing “credible and independent information” in a threatening environment. Although they continue to tell stories, a Reporters Without Borders report concluded that the country’s “diverse and good quality media” has directly suffered on account of the unrest. The country elected a new president, Roch Marc Christian Kabore, in a November 29 vote, its first undisputed election in decades.

Media in the Democratic Republic of the Congo has also been under government pressure ahead of November 2016 elections. Many Congolese fear President Joseph Kabila will not adhere to a two-term limit, given apparent attempts to delay the vote with plans for a census and to further divide the country’s 11 provinces.

Threats and arbitrary detainment have forced media to self-censor as pressure to not criticize the government increases. Journalists were informed in a June 2015 meeting with President Kabila of their responsibility in keeping the country’s peace.

“We were recently instructed to always begin by highlighting the government’s slogans and never criticize the authorities,” one journalist told Reporters Without Borders in August.

In Uganda, where voters head to the polls this Thursday, February 18, freedom of expression and press freedom have also been restricted to limit government criticism. The eight-way contest sees President Yoweri Museveni seeking a fifth term after 30 years in power.

Human Rights Watch (HRW) reports vast use of intimidation tactics against journalists, particularly in rural areas; radio journalism in rural Uganda is reportedly subject to unique scrutiny. Coverage of opposition politicians and parties can result in dismissal of journalists, or entire stations being shut down. In January 2016, the Uganda Communications Commission revoked the broadcasting license of private radio station Endigyito FM and confiscated its equipment after it aired an interview with an opposition candidate. The UCC says the station was suspended over outstanding licensing fees.

Reporting balanced and accurate information in Uganda is described by HRW as “a difficult and often discouraging battle that chills media freedom and ultimately leads to self-censorship.”

Constitutional coups and repressive actions by governments against media share the same goal: maintaining power and control. Media operating in these climates of fear and intimidation face increasing barriers to holding regimes accountable. The high-profile cases in Burundi, Uganda and the DRC are not the only examples of African leaders circumventing or changing constitutions to extend their hold on power. Rwanda and the Congo Republic have also recently implemented constitutional changes around term limits, with their current leaders expected to run for extended terms. As Rwanda kicks off an election year, it will be important to monitor the treatment of journalists and whether this replicates patterns of repression seen in neighbouring countries.

Lindsay Purchase is a digital editor and occasional freelance writer living in Toronto. Follow her on Twitter @LindsayPurchase.