Concerned about rising violence against journalists in Nepal 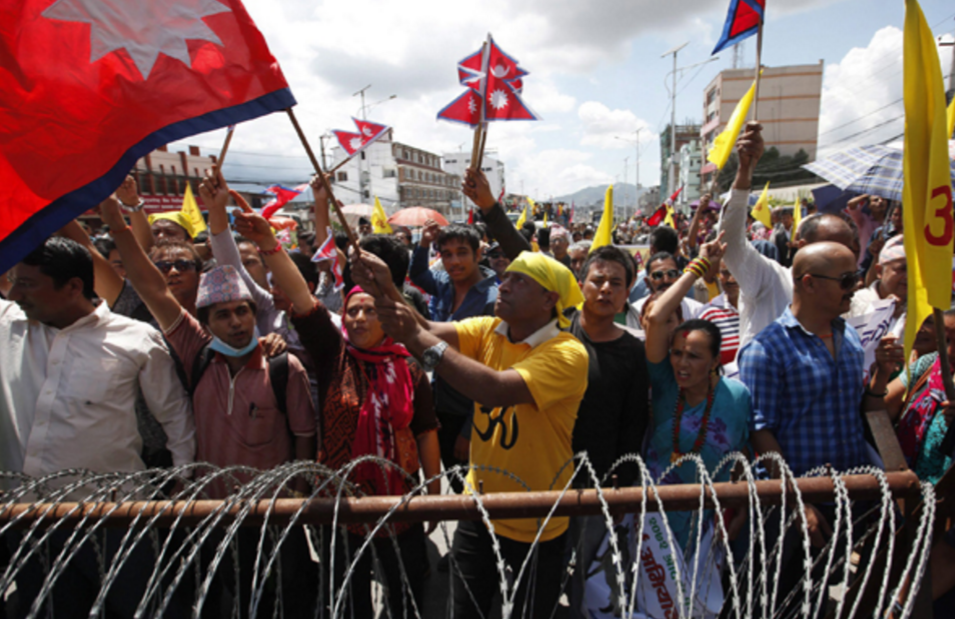 Nepalese Hindu activists shout slogans against the government near the Nepalese Constituent Assembly Hall during a protest in Kathmandu, Nepal. PHOTO: AP/Niranjan Shrestha

On September 2, 2015, Krishna Humagain, editor of Jhapa daily Arundhara was attacked by a group of strike enforcers in eastern Nepal while reporting. Police were at the scene during the attack but did not attempt to protect Humagain. A similar attack occurred in Kailali that day, when protesters attacked the editor of Mission Today, Binoud Paudel, in his office. In addition, protestors threatened to commit arson on journalist Pujan Biswokarma, from Radio Pratibodh in Tikapur, Kailali, because they had not received positive coverage of their protest actions.

Due to the proposed federal structuring in the draft constitution, protests have erupted across Nepal. On August 24, in Tikapur, Kailali, protesters calling for a separate federal state murdered eight policeman and a minor. Violence has also erupted in other areas of Nepal, with 24 deaths related to protests in the last month.

The Federation of Nepali Journalists (FNJ) has stated that journalists are victims to both state and anti-government protesters, along with state security officials. FNJ has reported that two radio stations, Kohalpur FM and Radio Pratirodh, along with local dailies Mission Today, Pipalbot, Margarekha, Kohalpur Times and News Namaste are closed due to widespread threats to media and the round-the-clock curfew. The FNJ states that the threats have made journalists practice an increased amount of self-censorship.

CJFE is concerned by the increasing violence aimed at journalists in Nepal and calls on the government of Nepal to ensure the safety and security of all media workers. CJFE further urges Nepalese authorities to demonstrate a commitment to ending impunity by identifying and enforcing legal sanctions against those involved in the attacks.

This letter of concern was sent to His Excellency Kali Prasad Pokhrel, Ambassador of Nepal to Canada.
Cc: Mr. Nadir Patel, High Commissioner of Canada in India and Ambassador of Canada to Nepal and Bhutan;
The Honourable Rob Nicholson, P.C., Q.C., M.P., Canadian Minister of Foreign Affairs