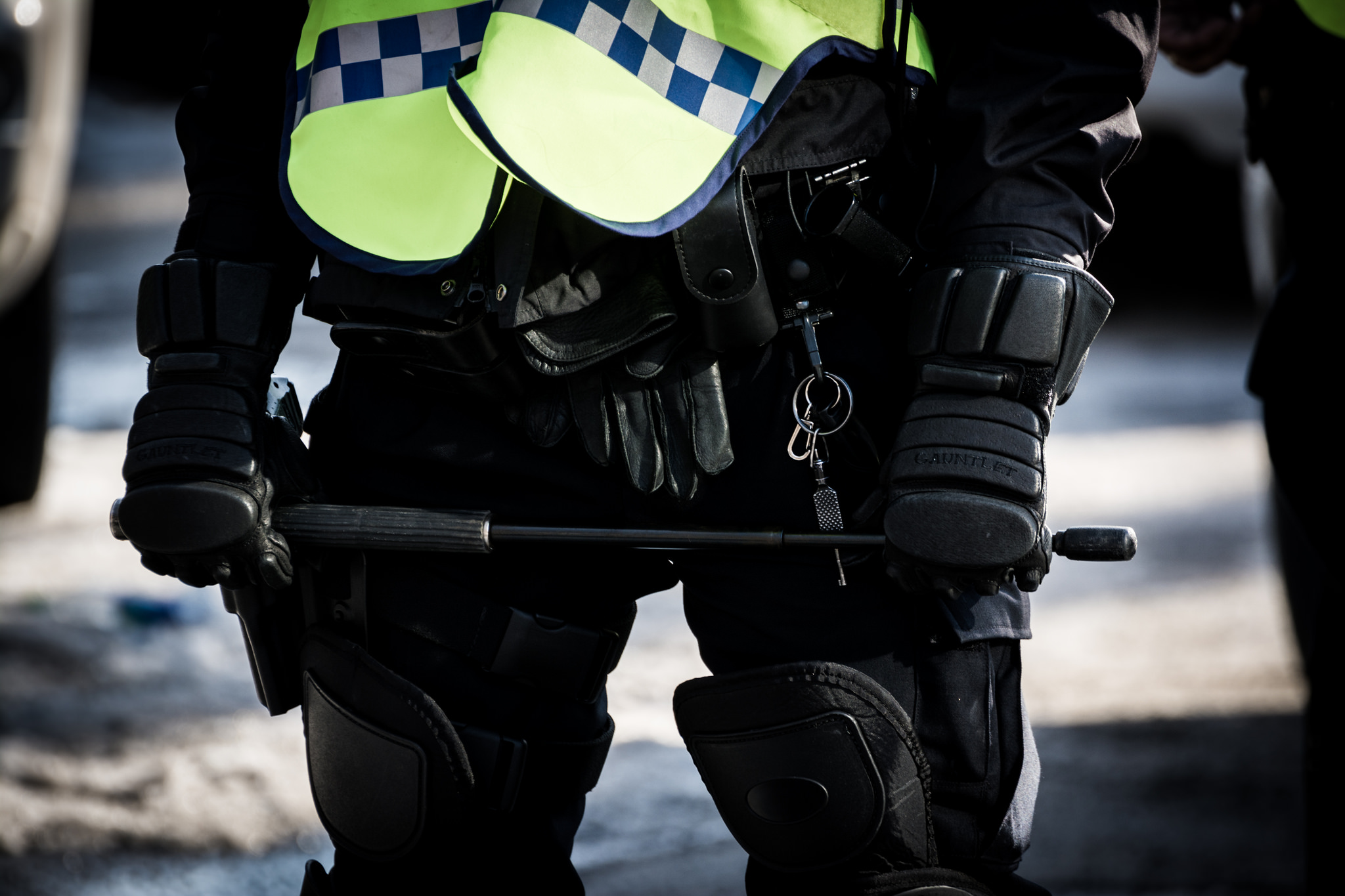 In politics, party unity is not always as it appears. Gaps can often emerge between a party’s voting patterns in the House of Commons and the opinions of many of its members and supporters. This dilemma has been experienced by many Members of Parliament (MPs) since the Anti-Terrorism Act, better known as Bill C-51, was first introduced by the former federal government under Prime Minister Stephen Harper.

In 2015, Conservative MPs voted to approve Bill C-51 wholesale. Justin Trudeau’s Liberal Party joined the Conservatives in voting for the proposed legislation but vowed to amend its problematic elements if they won the upcoming federal election—a promise they have not yet upheld. In contrast, the New Democrat caucus and Green Party Leader Elizabeth May (the party’s sole MP) voted against Bill C-51, arguing that it casts too wide a net, criminalizes certain forms of speech without sufficient justification and lacks parliamentary oversight.

These many concerns are not restricted to left of centre political supporters, however, as indicated by the opposition voiced by an assortment of organizations and prominent individuals who are frequently considered natural Conservative allies.

In June 2015, the National Firearms Association (NFA) joined a loose coalition of right-leaning groups, including both conservatives and libertarians, in signing a letter to then-Prime Minister Harper that expressed their concern with Bill C-51.

NFA Executive Vice President Blair Hagen told CJFE that his organization opposes the anti-terrorism law on many of the same grounds that it opposed the far-reaching Firearms Act (also known as Bill C-68) tabled by Prime Minister Jean Chrétien’s Liberal government in the early 1990s.

According to Hagen, Bill C-68 was a piece of “watershed legislation, because for the first time it imposed mandatory firearms licensing (and) universal registration,” which the NFA regards as an unjust infringement on private property rights. In fact, it was the bill that inspired Hagen to get involved with the NFA.

Similar to the Firearms Act, Bill C-51 purports to protect Canadians while “imposing onerous laws that allow for the trampling of rights, confiscation of property and targeting of people who are, basically, law-abiding Canadians,” said Hagan.

Indeed, Bill C-51 gives the Canadian Security and Intelligence Service (CSIS) new “disruption powers” that allows the agency to confiscate or tamper with property if they suspect it could be used for terrorist purposes. Law professors Craig Forcese and Kent Roach call this the “most radical feature of the bill.”

“The right individuals have to be targeted, not entire communities, such as the firearms community, because it’s a waste of resources and lends itself to abuse,” Hagen added.

Though the NFA has its own firearms-specific perspective, Hagen explains that the organization’s opposition to Bill C-51 is based on sentiments shared by other groups protesting the anti-terrorism legislation. He emphasizes that he supports the broader goal of anti-terrorism, “but we already have laws on the books to address these issues.”

“The government, in the quest for public safety, was proposing to bring in laws and regulations that would adversely affect the rights and freedoms of Canadians,” Hagen said.

Hagen argues that the NFA is non-partisan but admits many of its members supported then-Prime Minister Harper, largely because he eliminated the long-gun registry in 2012, which was a major component of Chrétien’s firearms legislation.

M.J. Sheppard is a blogger at The Rebel, a right-wing news website established by former Sun TV host Ezra Levant. Sheppard published a piece last year entitled “Why are conservatives supporting Bill C-51?” in which he calls the legislation “the single most statist, freedom crushing piece of legislation in my lifetime.”

“Groups Left and Right can be targeted by it,” he writes, observing that the legislation broadens the definition of terrorism to such an extent that disruptions to the Canadian economy are now subject to prosecution under the Act.

Bill C-51 replaces the Canadian Charter of Rights and Freedoms, Sheppard continues, with the “whims of our domestic spy agencies,” namely CSIS and the Communications Security Establishment (CSE), Canada’s equivalent of the National Security Agency. All they need is a judge to sign off on their spying, a procedure that was followed by RCMP officers when they obtained warrants to surveil at least ten journalists in Quebec.

The bill’s lack of parliamentary oversight is ironic, he notes, as the former federal government “spent a full decade railing against the power of the unelected bureaucracy and judiciary over the will of Parliament.” This is precisely the type of power that Bill C-51 represents.

It also creates a new category of “advocating” for terrorism, which, as Sheppard writes, is easily open to abuse. It can be used against those on the left who acknowledge Hezbollah as a legitimate Lebanese political party, which enjoys strong support in that country’s embattled Shiite community, and those on the right who support the MEK in Iran as a means of promoting regime change.

Hezbollah is currently considered a terrorist organization in Canada while the MEK was removed from the Canadian list in 2012, which some argue to be a double standard given that both organizations have been known to attack civilians. Yet Hezbollah is aligned with the Iranian regime, whereas the MEK is dedicated to its violent overthrow. By Bill C-51’s logic, pointing this out could be considered advocating for Hezbollah and thus a form of terrorism.

A Conservative leadership candidate makes his case for Bill C-51

Maxime Bernier, an MP from Beauce, Quebec, and a libertarian-leaning Conservative leadership hopeful, joined his caucus in voting for the anti-terrorism legislation in 2015. This may surprise some, given Bernier’s penchant for disagreeing with his party on other policy matters.

“Jihadist terrorists have declared war on the West, including Canada,” said Bernier in an emailed statement to CJFE.

He specifically cites the Saint-Jean-sur-Richelieu and Ottawa attacks in October 2014 that resulted in the deaths of two Canadian soldiers as evidence of the need for a tougher approach to national security.

Further, Bernier defends the controversial law as a “balanced legislative response to gaps in our national security legislation” that will help deter future attacks. The MP’s newfound passion for national security is particularly notable, given that he was forced to resign as Prime Minister Harper’s foreign affairs minister in 2008 after he left classified documents at the house of his then-girlfriend, who allegedly had ties to organized crime.

On the question of why Bernier, a professed libertarian, voted for a bill that has been derided by many as an assault on civil liberties, he states: “Without security, there can be no liberty.”

Although the federal government has not yet repealed any elements of Bill C-51, it is currently conducting public consultations on Canada’s national security framework. The Liberal Party has also introduced Bill C-22, which would create a National Security and Intelligence Committee of Parliamentarians with the capacity to monitor classified security and intelligence activities and report findings to the prime minister. The proposed legislation has passed second reading in the House of Commons and is currently with the Standing Committee on Public Safety and National Security for review.

In the meantime, CJFE’s Charter challenge against Bill C-51 (in partnership with CCLA) is before the Ontario Superior Court, and Canadians across the country—from all political affiliations—continue to mobilize against the dangerous anti-terrorism legislation.

Get involved today – add your voice to the hundreds of thousands of Canadians who oppose Bill C-51.

Jeremy Appel is a freelance journalist based in Toronto. His work has appeared on TVO, in the Toronto Sun, the Canadian Centre for Policy Alternatives and numerous campus publications. Follow Jeremy on Twitter @jerapp3.