On February 25, 2017 Canadian Journalists for Free Expression (CJFE) joined a coalition of civil society, media and labour organizations in five locations across the country. These groups participated in creative, peaceful public vigils to reinforce their concern about national security policy, surveillance and freedom of the press.

Canadians rallied in the thousands when the Anti-Terrorism Act, 2015 (formerly Bill C-51) was introduced. The controversy surrounding the national security legislation became a touchstone during the 2015 federal election campaign. 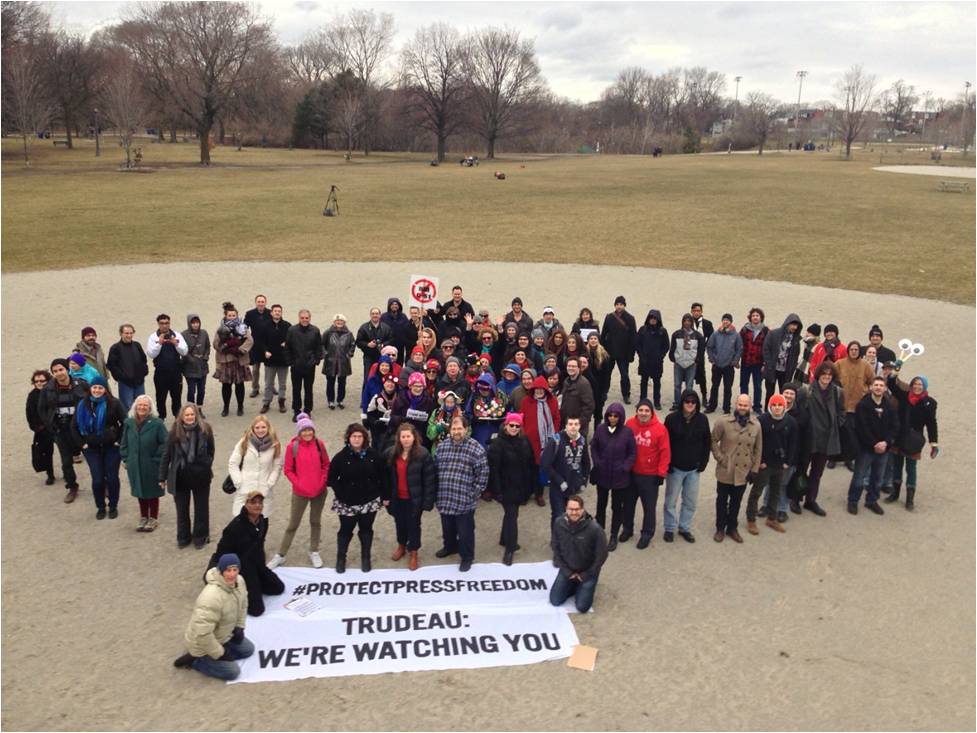 The Toronto, Ontario vigil was organized directly by CJFE, which works to defend and protect the right to free expression in Canada and around the world. Organizers called the vigil for 2pm EST on February 25 in Trinity-Bellwoods Park. 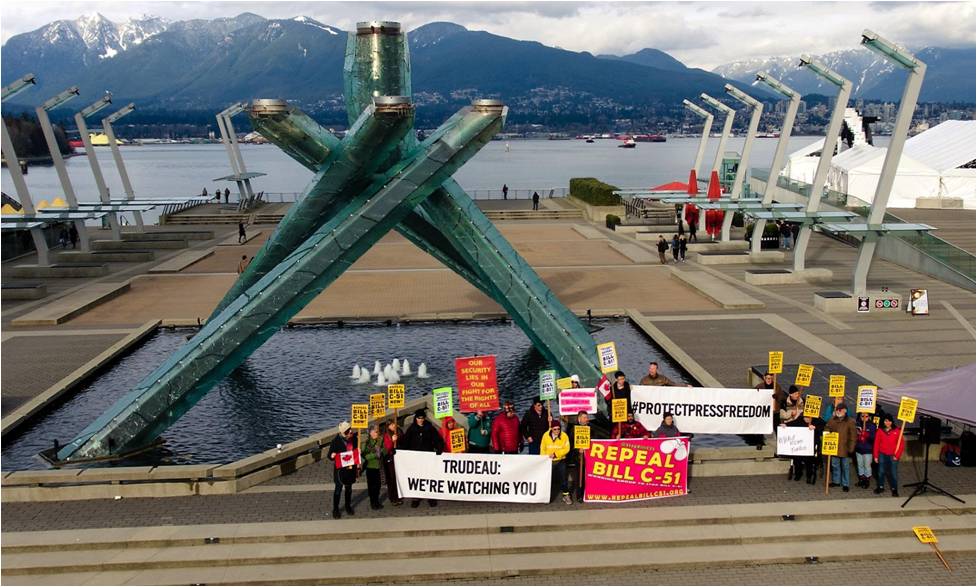 The Vancouver, BC vigil was organized by a community based 'Working Group to Stop Bill C-51' which has organized weekly pickets in Vancouver, (consecutively for 103 weeks!) Organizers called the vigil for 2pm PST on February 25 in Jack Poole Plaza. 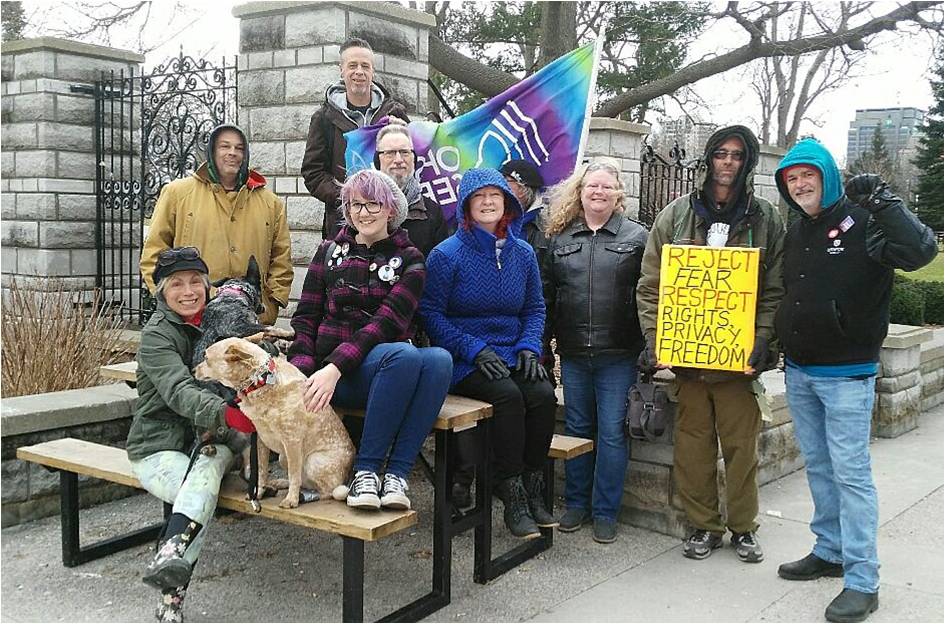 The London, Ontario vigil was organized by community based 'Occupy London' whose members are involved in various initiatives including digital rights advocacy and the Canadian Pirate Party. Organizers have called the vigil for 1pm EST on February 25 in Victoria Park. 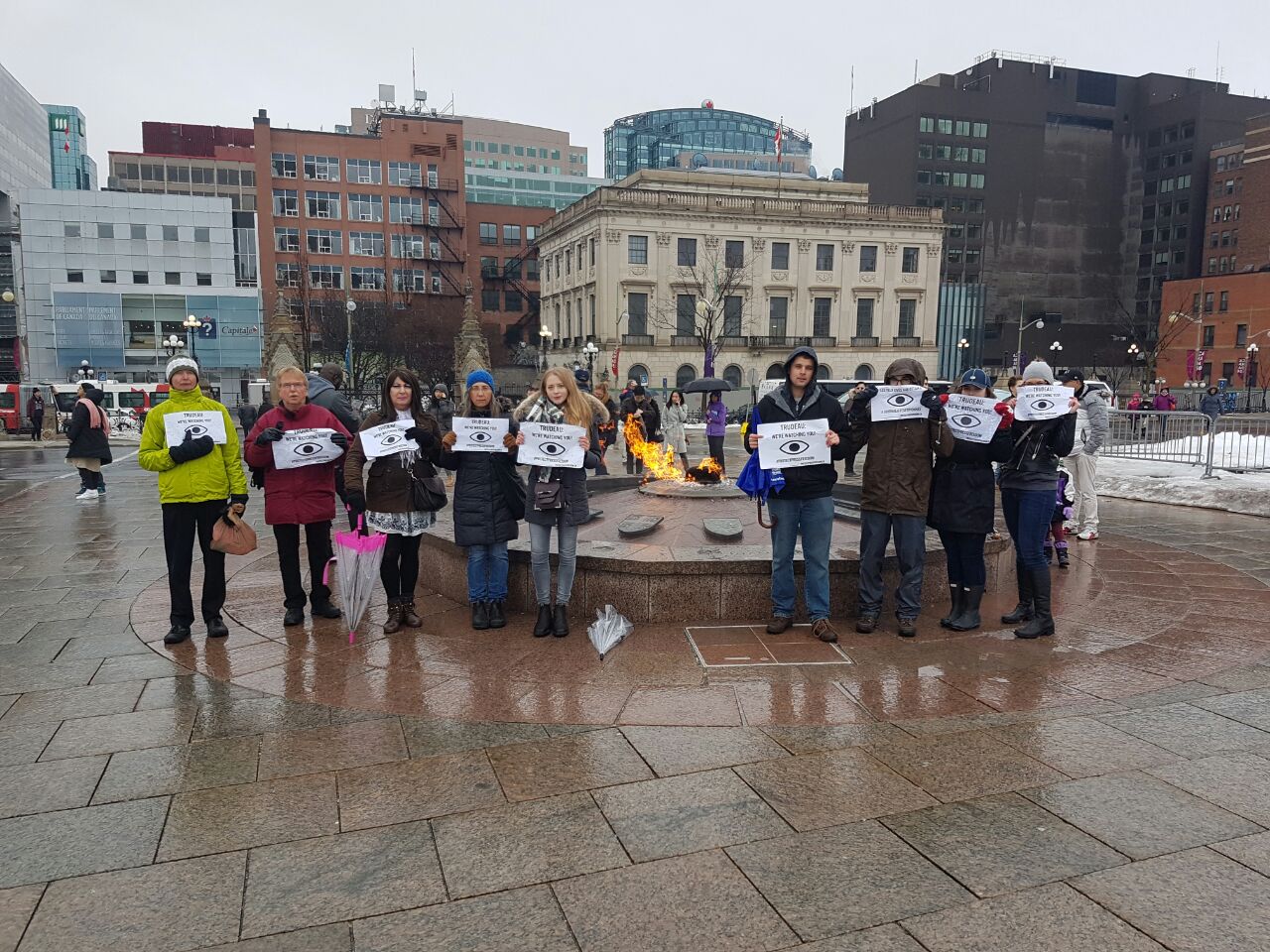 The Ottawa, Ontario vigil was organized by University of Ottawa Law and Technology Student Society who research, analyze and shed light on the complex and interdependent relationships between law, technology and society. Organizers called the vigil for 2pm EST on February 25 on Parliament Hill. 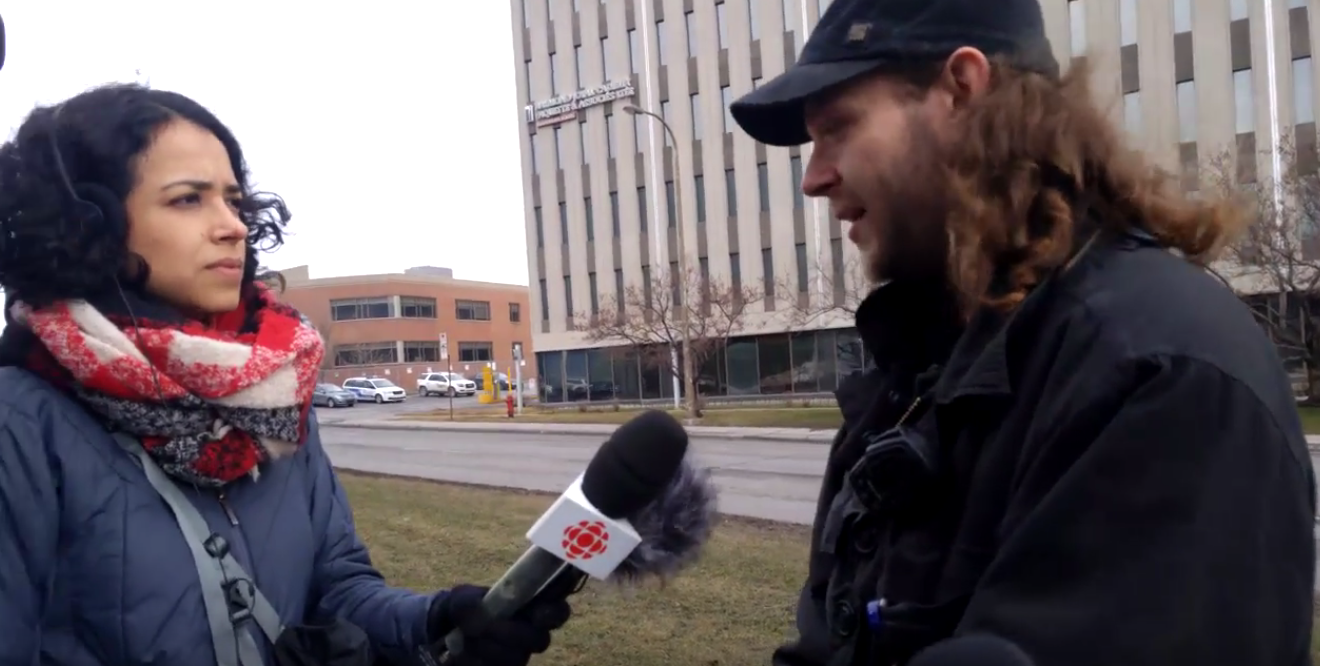 The Montréal vigil was organized directly by volunteers with CJFE. Organizers called the vigil for 2pm EST on February 25 at Prime Minister Trudeau’s constituency office at 1100 Boulevard Crémazie E.

In addition to the controversy surrounding Bill C-51, CJFE learned in fall 2016 about police surveillance of journalists in Quebec. The organization has also been working to support VICE journalist Ben Makuch who is appealing a court ruling which would force him to disclose confidential details of his source records to the RCMP.

"Whether it is police spying on journalists, using the courts trying to compel journalists to give up source information or using laws like Bill C-51 to chill dissent, our position is that the government simply must do more to defend free expression and protect press freedom." said CJFE executive director Tom Henheffer.

Two years after C-51 was first introduced in the house, the Trudeau government has promised reforms through a wide-ranging consultation process.

Henheffer continued, "It is more important now than ever before to let the government know we are prepared to hold them to account for promises they made to reform Canada's national security system."

Organizers made three specific requests of the Government

1) End mass surveillance and protect the private data of people and groups in Canada, including Indigenous communities, Muslims, journalists, environmentalists, labour organizers and academics while creating and empowering independent watchdog agencies for privacy and national security.

2) Support the Private Member’s Bill C-303 which would implement a line-by-line repeal of the provisions enacted by the Anti Terrorism Act, 2015 (formerly Bill C-51).

3) Support Private Member’s Bill S-231 which would create a press shield law and strengthen protection for advocates, whistleblowers and journalists.

Groups gathered in Toronto, London, Ottawa, Montreal, and Vancouver to underscore that the public is watching Trudeau's actions on press freedom, C-51 and mass surveillance of Canadians.

CJFE wishes to extend a heartfelt thanks to all the groups and individuals who made this national day of action a huge success. We'll have a formal post thanking our supporters and event participants soon, but we recognize all of the above mentioned activity hosts for their meaningful participation and hard work.