Defamation, libel and slander: What are my rights to free expression? 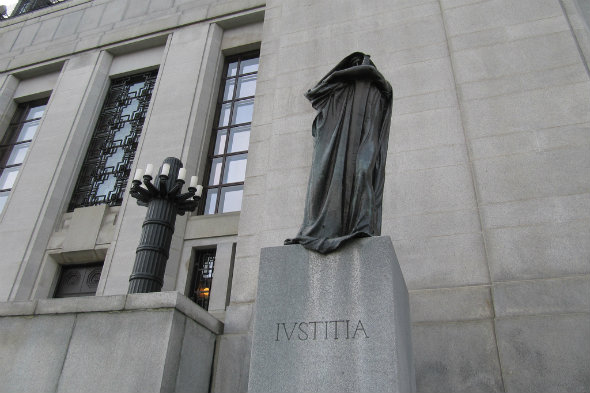 The Canadian Charter of Rights and Freedoms guarantees the right to “freedom of thought, belief, opinion and expression, including freedom of the press and other media of communication”, but this right, along with all rights guaranteed by The Charter, is not absolute.

Some types of free expression in Canada are crimes, such as perjury, distributing obscene material, and hate speech. The right to free expression is subject to “reasonable limits prescribed by law as can be demonstrably justified in a free and democratic society.” Free expression crimes in Canada are constitutional issues, and the onus is on the government to prove that the infringement is justifiable.

However, some limits on free expression in Canada have nothing to do with government restrictions or the right to free expression as defined in the Charter. One such limit is the civil tort of defamation.

Defamation refers to harming another person’s reputation by making a false written or oral statement about that person to a third party. Defamation law is not about protecting pride; it is about protecting reputation and offering restitution to people whose reputations have been wrongly damaged. Although courts will very occasionally issue an injunction to stop defamation that has not yet occurred, almost all defamation cases involve one person suing another for damages from defamatory statements that have already been made.

Tort law surrounding defamation law does not directly curb your right to free expression; it is not illegal per se. Rather, defamation is generally about paying damages to people that have been harmed by your speech. You can still say whatever you want, but you may have to pay for it (and you may have to pay a lot).

It should also be noted that defamation law in Canada varies from province to province. In Ontario, for example, legislation on defamation is found in the Libel and Slander Act. Defamation can be subdivided into libel and slander:

1. You can claim that the statement was true; a true statement cannot be defamatory.

2. You can claim “absolute privilege,” which means that the communication was made in a venue where people ought to have absolute privilege to speak freely; this includes Parliament or giving evidence in a trial.

3. You can claim “qualified privilege,” which means that the communication was given in a non-malicious and well-intentioned context and therefore ought to be excused: for example, giving an honest but negative reference for a former employee.

4. You can claim “fair comment,” which means that your statement was a non-malicious opinion about a matter of public interest: for example, an editorial in a newspaper about a politician.

5. You can claim “responsible communication on matters of public importance,” which allows journalists to report false allegations if the news is urgent and of public importance, and if the journalist made an effort to verify the information. Even if the statement is false, the public has an interest in this type of discussion being legally permissible.

In Hill v Church of Scientology of Toronto (1995), the Supreme Court departed from the American standard of requiring “actual malice” for libel; this makes libel easier to prove in Canada than it is in the U.S.

The Court also dismissed arguments that awarding damages in this case would cause “libel chill”—refraining from speaking out for fear of being sued for defamation—in Canada. In this case, the Court awarded Mr. Hill over $1.5 million in damages. This was certainly a loss for free expression in Canada.

While defamation tort law does not technically prevent defamation or make it illegal, the amount of money you may have to pay in damages for defamation can be financially crippling. In Leenan v CBC and Myers v CBC , the CBC was ordered to pay damages to two cardiologists who were wrongly portrayed in a negative light on a CBC program, showing that both Crown corporations and broadcasters of defamatory content, including broadcasters of content created by others, can also be liable for defamation.

In Grant v Torstar (2009), the Court created a new defense against defamation allegations (the fifth defense cited above): the defense of “responsible communications” for journalists. The Court ruled that the existing defamation law in Canada, in comparison to similar countries, was overly strict and that "this, in turn, may have a chilling effect on what is published. Information that is reliable and in the public's interest to know may never see the light of day."

These last two cases hint at a trend towards increasing protections for journalists against defamation. This is just a small sampling of many important Canadian court cases surrounding defamation.

Free Expression: Canada Defamation and Libel type-feature type-blog_entry Free Expression and the Law
Do you like this page?
Tweet