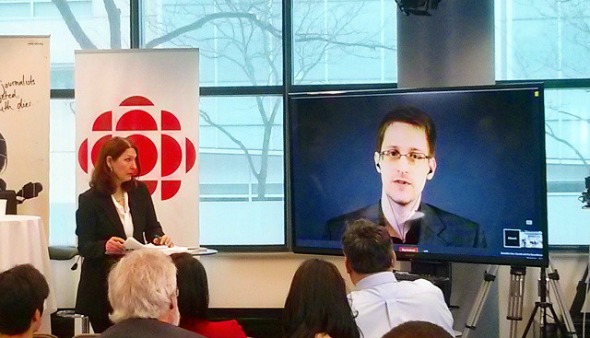 On March 4, CJFE held a live Q&A with Edward Snowden to coincide with the launch of the Snowden Archive, the first fully searchable database of all leaked Snowden documents published to date.

Moderated by Anna Maria Tremonti, Host of CBC Radio’s The Current and CJFE Board member, Snowden answered questions about the state of mass surveillance in Canada, including the government’s proposed Anti-Terrorism Act, Bill C-51. Although the entire conversation is definitely worth watching, there were a few key quotes from Snowden that really stood out to us here at CJFE.