Encouraged by new Security Review Committee, but much more to be done to ensure proper oversight 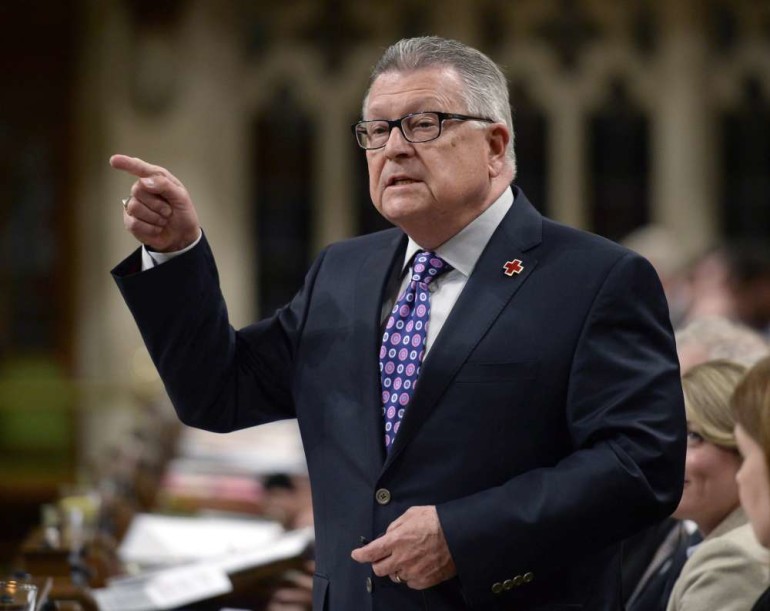 Public Safety Minister Ralph Goodale and House Leader Dominic LeBlanc have announced legislation to establish a new ‘National Security and Intelligence Committee of Parliamentarians’. The government should be acknowledged for offering these specific, though limited, measures to strengthen accountability. However, they have much work still to do to repair public trust, roll back the dangerous, unconstitutional provisions of Bill C-51, and bring real oversight to Canadian national security and intelligence agencies.

Members to the new committee will be given the mandate to scrutinize 17 federal agencies involved in security issues, and access to classified government information. The committee will be made up of nine members: seven MPs and two senators. Only four of the MPs can come from the sitting government, ensuring that it does not have a majority on the committee, which should bolster its independence.

The Minister of Public Safety has said that this is only the introduction to the federal government’s promised reforms of Canada’s national security and intelligence systems, and that he is willing to listen to ideas to improve the legislation. This is reassuring. Parliamentary review of CSIS and other agencies involved in national security investigations and monitoring is basic and necessary, but by itself is wholly inadequate. If there is indeed much more to come, this is at least an encouraging first step.

That said, there are a number of provisions in Bill C-22 that are concerning and may undermine the committee’s stated goal of safeguarding Canadians’ freedoms, including privacy rights and freedom of expression, the protection of which must guide the government’s ongoing reform efforts. To wit:

While the committee's findings and recommendations will be tabled in Parliament, and it will itself be made up of parliamentarians, the committee will report to the Prime Minister, and not to Parliament itself. Thus, it is not really a “parliamentary committee.”

This is not a trivial or pedantic distinction. It means that the government has the power to censor or redact information in the committee’s reports if it believes disclosure “would be injurious to national security, national defence or international relations.” The determination of what information falls into those categories would be entirely the prerogative of the government, which risks undermining any real accountability and making resulting reports toothless, as is the case with most CSE Commissioner reports. National security concerns are often invoked to prevent the release of information that exposes wrongdoing, as we’ve seen in examples from the Pentagon Papers to Edward Snowden.

It is also important to note that what Bill C-22 proposes is not ‘oversight’ but ‘review’. For instance, the committee is not given access to information “respecting ongoing defence intelligence activities supporting military operations.” The committee will only have the power to contribute after the fact, and cannot monitor day-to-day operations. The Globe and Mail lays out the crucial differences between these two, often incorrectly-conflated terms:

Review is…a retrospective check by an independent body on whether actions were properly carried out. It is not an act of seeking to question the policies on which the actions are based, or attempting to affect how they are being implemented as they are unfolding.

Oversight is a very different thing. As it has developed in the United States, congressional oversight is a function of the strict separation of the executive and legislative branches and their fundamentally adversarial relationship. Oversight involves committees of the Senate and/or House of Representatives convening hearings, often while the activities in question are under way… [emphasis added]

An effective oversight body in Canada would be quasi-judicial, inquisitorial, and have powers to compel attendance under oath, spot audit, and effectively achieve the production of documents. It would be full-time, staffed by at least one senior judge with criminal law expertise, and a team of experienced special prosecutors. The oversight process requires an independent ‘special advocate’ with a legislated mandate to represent civil liberties and the public interest, with specific attention paid to privacy and freedom of expression.

CJFE has joined a range of civil society organizations in endorsing a framework for effective, independent accountability for our national security and intelligence systems. We will continue to work to ensure the government adopts recommendations to close the dangerous weaknesses in our current oversight system.

In 2015, CJFE and the Canadian Civil Liberties Association (CCLA) initiated a constitutional challenge against key sections of Bill C-51, the Anti-Terrorism Act, 2015, which remains ongoing. The legislation presents disturbing implications for free speech, privacy, the powers of government, including CSIS, and the protection of civil liberties in Canada.