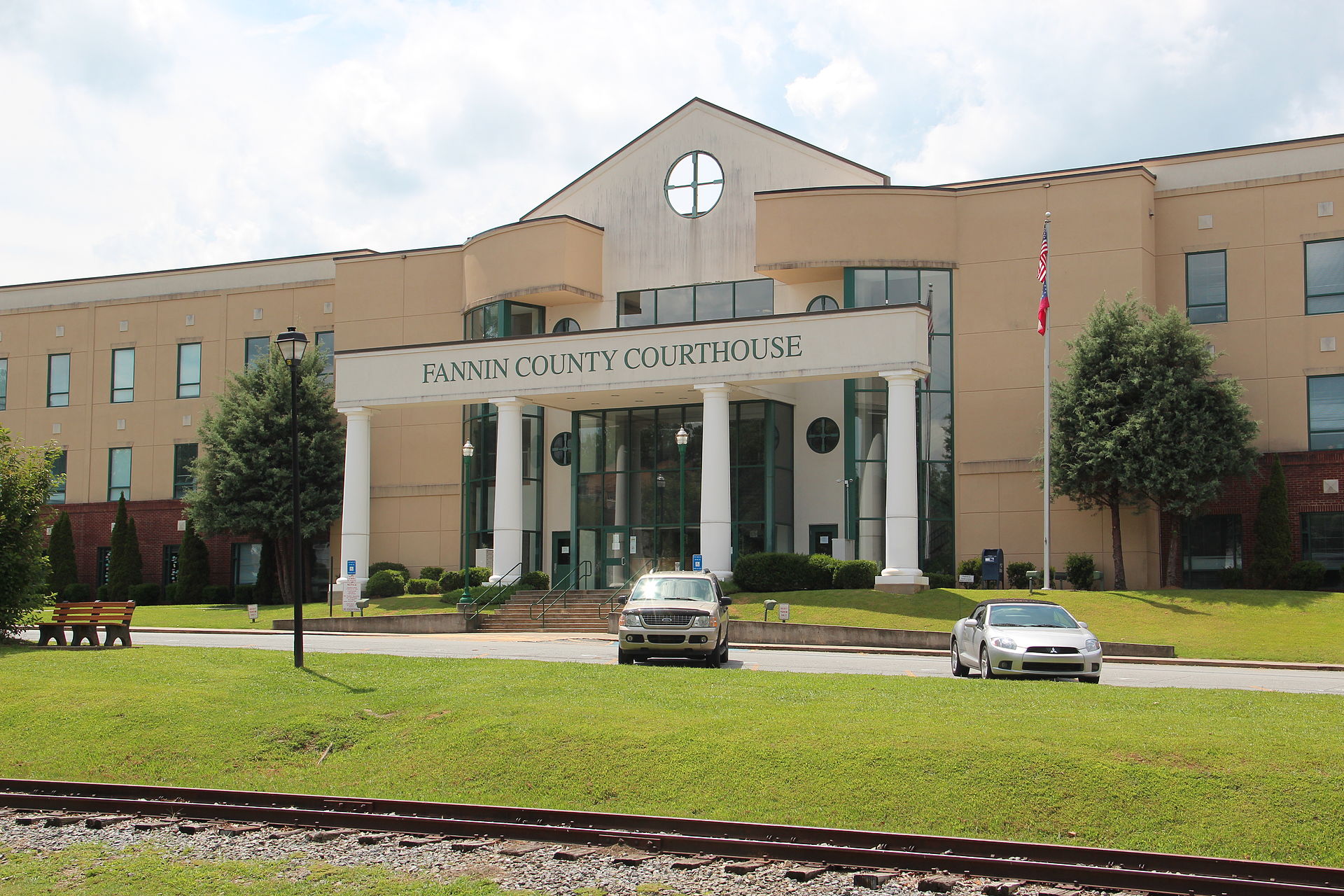 On the night of June 24, 2016, Blue Ridge, Georgia, journalist Mark Thomason received a call from the sheriff’s department informing him they had a warrant out for his arrest—did he want to turn himself in? On his way to the station, Thomason was intercepted by a road blockade on the only major highway that cuts through the small town. He was immediately handcuffed and escorted to the local jail, then transferred to another, strip-searched and outfitted with an orange jumpsuit—all before knowing his charges.

Fannin County D.A. Alison Sosebee had Thomason indicted by a grand jury, but after national news outlets jumped on the story, she reversed her decision to prosecute, averting a potential case of impunity in the U.S. for unjustly prosecuting a journalist simply for doing his job and exercising his rights.

Thomason publishes the Fannin Focus, an independent print publication that covers Fannin County and its adjacent areas.  The reporter is hailed a rabble-rouser by some, and condemned an opportunist by others, but an indictment of character does not a felon make.

Following several open records requests, Thomason and his attorney Russell Stookey got their hands on a county cheque in Judge Weaver’s jurisdiction that was not redacted, and subsequently subpoenaed a local bank for “itemized banking statements” based on the unredacted cheque. The identity fraud charges stemmed from Judge Weaver’s claim that Stookey did not notify her of their subpoena, as Georgia law requires. The charge of making a false statement originated from Thomason and Stookey’s open records request that sought cheques which “appear to have not been deposited but cashed illegally.”

Thomason’s supporters saw the felony charges as a means to silence an intrepid reporter. For one, the subpoena in question asked that a representative of the local bank provide the records to the court, not directly to Thomason or his attorney. The bank did not follow these instructions and instead provided the records to Stookey.

While the case was not pursued, media outlets and advocacy groups continue to level criticism against Judge Weaver and D.A. Sosebee, alleging a conflict of interest due to their prior professional relationship and pointing to the effects that apparent strong-arm tactics could have on future open records requests.

Indictment tainted by conflict of interest

Emails from Judge Weaver to D.A. Sosebee throughout the month of June show the judge’s attempt to build a case against Thomason and Stookey, explaining the precise charges that she believed should be brought against them.

D. A. Sosebee served as a law clerk for Judge Weaver and worked for a law firm run by the judge’s husband, a fellow attorney, at the start of her career. Campaign finance reports show the Weavers contributed to D.A. Sosebee’s election in the past and vice versa.

“There’s a very incestuous relationship between the district attorney who signed off on these indictments and the judge,” charges Thomason.

While rubbing elbows with public officials seems inevitable in a town of 2,000, the state of Georgia has some remedies for dealing with potential conflicts of interest.

“[When] there’s an appearance of a conflict—and appearances can be anything—you step away,” said attorney J. Tom Morgan, who served as the D.A. of Georgia’s DeKalb County for more than a decade. In Georgia, a D.A. who perceives any conflict of interest can recuse herself from the case, at which point the state’s Prosecuting Attorneys Council may tap one of their members to step in.

Events leading up to the charges

These felonies mark the third set of court proceedings, albeit the first criminal charges, Thomason has faced since a previous records request last year.

A saga in its own right, Thomason filed a request for an official transcript and audio recording of a trial in 2015 while investigating whether County officials in the courtroom had made racist comments during the court proceedings.

As the chief judge of the Appalachian Judicial Circuit, Judge Weaver requested the court reporter, Rhonda Stubblefield, make a transcript of the trial to fulfill Thomason’s request. But the transcript did not contain any evidence of racist comments, prompting Thomason to request the full audio of the trial and to publish a piece questioning the accuracy of the transcript.

When Stubblefield denied his request for the audio recording, Thomason took her to court for the tape and published a subsequent article about his endeavor.

Stubblefield explained that it was standard practice to release a transcript instead of the audio, as the entire day’s trials were recorded on one .wav file and she was not in the habit of dicing them up. According to Judge Weaver’s explanation, audio tapes of trials are not released because court reporters sometimes forget to turn off the recorder, which may then pick up comments from attorneys to the judge not meant for their clients’ ears.

After Thomason filed a motion to compel Stubblefield to provide the tape, a different judge listened to the audio, found no discrepancies in the transcript and ruled that Stubblefield did not have to hand over the audio recording.

Stubblefield then slapped Thomason with a $1.6 million libel suit for publishing stories that alleged inaccuracies in her transcript, but soon decided to drop the suit, fearing he could not afford to pay her even if she won the case and didn’t want to rack up any more legal fees.

After she dropped the suit, Stubblefield wanted to recover her $16,000 in attorney fees. It was then that Judge Weaver came to her aid and authorized county funds to pay back the legal fees. But Stubblefield wanted Thomason to foot the bill instead of the taxpayers and took the journalist to court for a second time.

Thomason filed open records requests asking for county cheques to confirm that judicial operating funds were indeed used to pay Stubblefield’s attorney fees. A testament to either the journalist’s pluck or opportunism, Thomason’s reasons for seeking records related to the funds appear twofold. On the one hand, if Thomason could show evidence that the fees had already been paid with a copy of the actual cheque, he would be off the hook; on the other, he might disclose further questionable use of public funds.

Although Judge Weaver had already admitted to authorizing payment for Stubblefield’s legal fees, she responded to Thomason’s request by stating that the judicial branch is exempt from the state’s open records law and thus would not release copies of the requested cheques.

Judge Hollie Manheimer, Executive Director of Georgia’s First Amendment Foundation, explains that Georgia’s Open Records Act does allow some exemptions for the judicial branch, but because the requested cheques relate to a county-funded bank account and an administrative matter they would likely be subject to an open records request.

After their unsuccessful records request for the judge’s authorized cheque to Stubblefield, Thomason and his attorney filed the subpoena for bank statements, which resulted in their identity fraud charges.

Stubblefield’s case for attorney fees against Thomason was dismissed when the presiding judge determined the fees had already been paid. A separate open records request from the Chattanooga Times Free Press confirms that about $15,700 of Stubblefield’s legal fees were paid from county funds.

Following a barrage of media coverage, Judge Weaver wrote a letter to D.A. Sosebee on July 6 asking the charges be dismissed, stating she had “no intention of infringing upon First Amendment rights.” D.A. Sosebee then filed a nolle prosequi, or a decision not to prosecute the case, the following day.

“If they actually had a case, they wouldn’t have dropped it so quickly,” quipped Dan Whisenhunt of the Society for Professional Journalists’ (SPJ) Georgia chapter.

Despite the D.A.’s decision not to prosecute, Judge Winegarden, who was presiding over the case, went forward with the hearing. This meant that Thomason remained under bond conditions, which included regular drug tests (he was subjected to five in all). He was also forced to waive his fourth amendment rights to unreasonable search and seizure.

“I’m effectively prevented from doing my job,” said Thomason. As part of his bond conditions, Thomason had to remain 200 yards away from all witnesses named in his case, some of whom frequent the local courthouse—the locus of Thomason’s beat.

On July 18, Judge Richard Winegarden dismissed the charges against Thomason and Stookey but spent much of the hour-long hearing explaining why he had decided to hold the hearing in the first place, admitting that it was indeed unusual. He cited media reports that quote Stookey as saying he wanted to “get in a courtroom and make them prove this crap.” The judge also cited Georgia Code Section 17-8-3, which requires the consent of court following “an examination of the case in open court” before the nolle prosequi can be granted.

Ironically, Judge Winegarden’s fear that the media would be seen as influencing his decision to grant the nolle prosequi is also what prompted him to go forward with the hearing.

On August 12, the Atlanta Journal-Constitution (AJC) reported that Judge Weaver had resigned from her post as the chair on Georgia’s Judicial Qualifications Commission (JQC), the state’s watchdog group that investigates matters of judicial conduct. The JQC is now investigating the judge.

The AJC reports that recently compiled records by the district attorney’s office show Judge Weaver spent $12,000 of her $50,000 budget (provided by public funds) on restaurants and food last year.

As for Thomason, the Fannin Focus is currently seeking $5,000 via GoFundMe for the publisher’s upcoming speaking engagement at the Society for Professional Journalists’ national convention. The crowdfunding campaign initially sought $20,000 but Thomason was unable to explain his need for this amount, particularly since his new attorney is representing him pro bono.

“I felt like it could have been me,” said attorney Ashleigh Merchant on her decision to represent Thomason pro bono, given her frequent filing of open records requests.

The story continues to develop, cheekily referred to as “Fannin County: House of Cards” by a local news publication, as reports surface of an FBI investigation into the public finances of several members of Fannin County’s judicial system, spurred in part by Thomason’s digging.

The investigations by both the JQC and the FBI indicate that the actions of the judge are at least subject to some oversight and may result in punitive repercussions. Hearings about how JQC members should be selected begin this week to determine whether the state legislature, instead of the state bar, should appoint the majority of the watchdog's members in the future.

Despite broader fears about the chilling effect that these indictments may have on future requests for government records, Thomason and Merchant remain determined to uncover the finances of Fannin County’s judicial system with more open records requests. Thanks to fast-acting media and public outcry, a small town journalist will continue to work his beat.

CJFE’s Campaign to End Impunity is part of a global call for accountability for the persecution of activists, journalists, bloggers, artists and others who exercise their right to free expression. To learn more visit our Campaign headquarters.

Cara Sabatini is a Toronto-based independent reporter who covers policy and the legal system. Follow her @cc_sabatini.