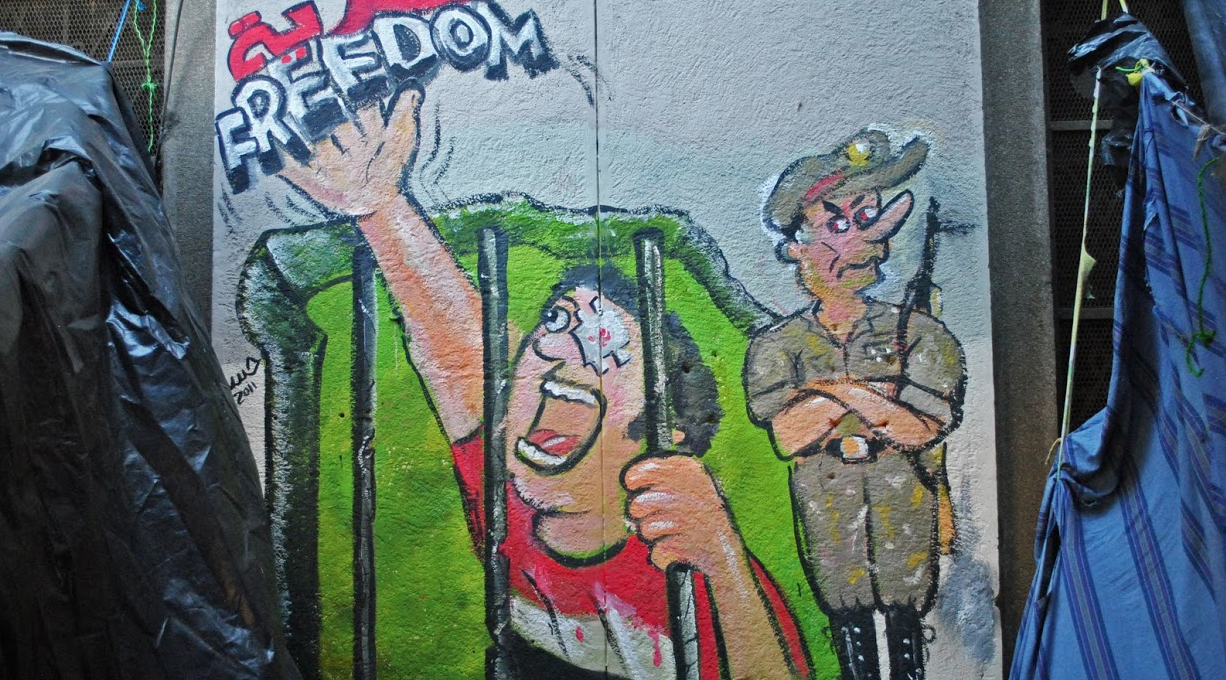 Canadian journalists face great threats around the world as they bring important stories to light.

Around the world, journalists are being targeted in unprecedented ways, from kidnappings to cyber-attacks and even public killings. A press vest or a camera used to offer some semblance of protection for reporters—now these can serve more as targets.

Information is ammunition, and the fight to control the narrative has become a zero-sum game for groups ranging from despotic governments to violent militant groups, with those who attempt to document it often caught in the crossfire. Battles for political control have made it more difficult for journalists to conduct objective, principled reporting without marking themselves as an enemy of the state.

While it can be tempting to despair at the many threats facing journalists around the world, this year we’ve also celebrated the release of a free expression blogger from prison. Read on to find out more about the important work of Canadian journalists who are fighting for free expression abroad. 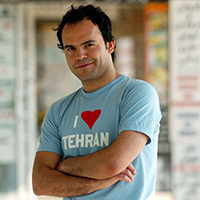 Canadian-Iranian blogger Hossein Derakhshan (@h0d3r) wasfreed and pardoned by Iran’s Supreme Leader Ayatollah Ali Khamenei on Nov. 20, 2014, after spending six years in prison. Nicknamed “The Blogfather” for his role in making blogging accessible to Iranians, Derakhshan was highly critical of the Iranian regime. He was arrested and imprisoned in 2008 based on the accusation that he was spying for Israel. He was convicted of terrorism-related offences and sentenced to 19½ years in prison, though the sentence was later reduced to 17 years. His early release came as a surprise to anyone watching the case. Derakhshan is one of the lucky few; Iran continues to hold countless prisoners of conscience, many of whom are subjected to torture. Since his release, Derakhshan has remained in Iran and been active on social media, although it appears that he has not yet published any vocal criticism of the regime that imprisoned him.

He does, however, speak strongly to some of the major Internet corporations that emerged during his six years of unjust imprisonment. In an essay titled “The Web We Have to Save: The rich, diverse, free web that I loved—and spent years in an Iranian jail for—is dying,” Derakhshan laments the dominance of social media, including Facebook and Twitter, for how it has changed how we interact with online content. Instead of engaging meaningfully with the web, we “have gone from a non-linear mode of communication—nodes and networks and links—toward a linear one, with centralization and hierarchies.” As a result, Derakshan says our consumption of information has become “linear, passive, programmed and inward-looking.”

Derakhshan actually sees this structure as the greatest enemy of the multiplicity of viewpoints that is so integral to a healthy culture of free expression. Because social networks prioritize popularity (through likes, retweets, etc.), unpopular views are sidelined, to the detriment of its consumers. With this article Derakhshan has entered the fray of open internet advocacy, to which he will no doubt be an important contributor. 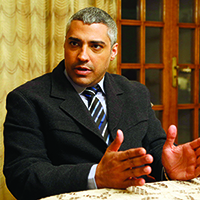 The past year has been an exercise in persistence and fortitude for Mohamed Fahmy (@MFFahmy11). In June 2014, following a trial that was internationally criticized as corrupt, Fahmy and his Al Jazeera English colleagues Peter Greste and Baher Mohamed were convicted of supporting the banned Muslim Brotherhood and spreading false news. What followed was months of uncertainty, as the journalists fought to appeal their convictions. Fahmy and Greste got a glimmer of hope when a presidential decree was enacted in November 2014, allowing for the repatriation of foreign prisoners accused or convicted of crimes on Egyptian soil. Then, on Jan. 1, 2015, the Egyptian appeals court ordered a retrial. But it was rumoured that deportation might come first, something that seemed all but certain for Fahmy after Greste, who is Australian, was abruptly deported from the country at the beginning of February.

Fahmy reluctantly renounced his Egyptian citizenship after officials told him it was the only way he’d be allowed to leave the country; yet, on Feb. 12, a retrial date was set for Fahmy and Mohamed. Despite Peter Greste’s deportation, he continues to be tried in absentia and a verdict in the case of the three journalists will be handed down on August 29. There was considerable hope throughout the retrial that the defendants would be exonerated, as it was demonstrated time and time again that there was no evidence for the charges against them. However, with the increasingly perilous climate for press freedom in Egypt, there continues to be substantial concern that they will be unjustly convicted. Most recently, a new anti-terrorism law was enacted to criminalize 25 offences related to deviating from the officially sanctioned government narrative in terrorism cases.

Provided that he is acquitted, Fahmy hopes to return to Vancouver, where he has been offered aposition as an adjunct professor at the University of British Columbia. If he is convicted, federal government officials have committed to endorsing a deportation request as well as a pardon request in the hopes of hastening his release should he be sent back to prison. 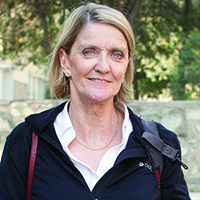 While covering the run-up to the Afghan elections in April 2014 for Associated Press (AP), Canadian journalist Kathy Gannon (@Kathygannon) and her colleague, photographer Anja Niedringhaus, were attacked by an Afghan police officer, who opened fire on them. Niedringhaus was killed instantly, and Gannon was severely wounded. Since the brutal and senseless attack, Gannon has been concentrating on her recovery. She was the recipient of the Tara Singh Hayer Memorial Award at the 2014 CJFE Gala in recognition of her commitment to free expression. Gannon is still undergoing intense therapy on her left hand ahead of her next operation, while her right hand and shoulder, which were also shattered in the attack, continue to strengthen.

Despite these difficulties, Gannon’s tenacity has not waned, and she intends to return to Pakistan and Afghanistan as AP’s special regional correspondent as soon as her doctor gives her the go-ahead. In June 2015 Gannon was awarded the 2014 James Foley Medal for Courage in Journalism, given by Northwestern University’s Medill School of Journalism, which “honours the journalist who has best displayed moral, ethical or physical courage in the pursuit of a story or series of stories.” She is also working on a book proposal focused on her observations on the Middle East. 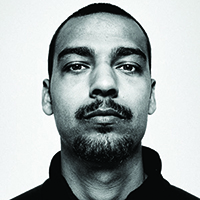 Ali Mustafa, a Canadian freelance photojournalist, was killed on March 9, 2014, while covering the Syrian civil war. Mustafa and seven other bystanders were surveying damage from a deadly blast in Aleppo when a government aircraft dropped a second bomb, killing them instantly. His death was a tragic reminder of the threats journalists face while working in Syria, one of the most dangerous countries in the world for reporters. At the time of his death, Mustafa was on his second tour of Syria. He felt compelled to return despite dire risks to reporters because of his deep compassion for Syria’s people. In the months since his death, Mustafa’s family has established the Ali Mustafa Memorial Collective and the Ali Mustafa Memorial Award for People’s Journalism, which aims to provide financial assistance to vulnerable freelance journalists documenting social justice issues around the world.

Alexandra Zakreski is CJFE’s International Programs Coordinator. This piece was originally published in CJFE’s 2015 Review of Free Expression in Canada.