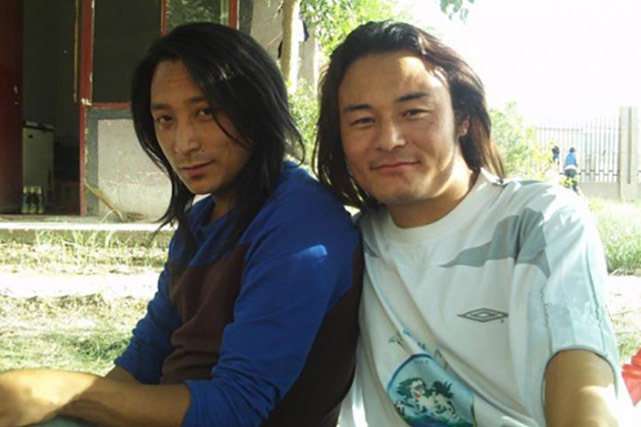 We, the undersigned organisations and individuals, call for the immediate and unconditional release of prominent Tibetan blogger, writer and intellectual Druklo, who goes by the pen name Shokjang. Shokjang was detained by authorities in Tongren county (Qinghai Province) on March 19th, 2015; after nearly a year with no formal charges, he was sentenced on February 17th, 2016, to three years in prison for 'inciting separatism', a charge that Shokjang has rejected and will likely appeal in court.

On March 16th, 2015, three days before Shokjang's arrest, he published a blog post criticizing the deployment of Chinese security forces in Tibet. It is widely believed that his arrest was driven by this and other blog and social media posts he has written about Tibet. He is known for his critical articles on government policy in Tibet, increased militarization in the Tibetan Autonomous Region (TAR), and environmental destruction in the region. Shokjang had previously been detained in 2010 for one month after writing about the government crackdown on the 2008 unrest and helping to organize student protests calling for greater freedoms for Tibetans during this time.

While Shokjang is not himself from the TAR, his experience is typical of that of free speech defenders across Tibet. Free speech and press freedom in the TAR has been extremely restricted historically, and declined further after the period of unrest in 2008, when collective frustration with treatment under Chinese occupation sparked protests across the Tibetan plateau. Media access to the TAR is severely restricted, with foreign media barred entirely, and Tibetan journalists are routinely abused and jailed for reporting in the region. The Internet generally, and information about Tibet in particular, is heavily censored in both Tibet and China.

Article 19 of the Universal Declaration of Human Rights sets out freedom of expression as a fundamental human right- a right further enshrined in Article 35 of China's constitution. As a leader of the international community, China must take on its obligation to ensure that freedom of expression for all citizens in the country — regardless of ethnicity — be recognized. It is our belief that increased respect for the fundamental right to freedom of expression is necessary for the situation to be de-escalated and further outbreaks of unrest prevented.

We, the undersigned, call on you to:

This joint statement was sent to:

His Excellency Luo Zhaohui, Ambassador of the People's Republic of China to Canada

Cc: Guy Saint-Jacques, Ambassador of Canada to the People's Republic of China

Ambassador Liu Jieyi, Permanent Representative of the People's Republic of China to the UN